Previous Post
Why Genetic Mutations Confirm the Bible and Oppose Evolution
Next Post
Isaiah’s Seal, has it been found?

How Christianity made the West great 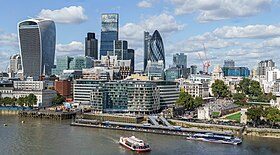 Christianity is inextricably linked with establishing the security, empowerment and health of individuals of western civilisation. Without its Christian influence, the West would be no different from the Muslim East.

Throughout its long history, the Christian Church has been a major source of social services like schooling and medical care; inspiration for art, culture and philosophy; and an influential player in politics and religion. It has, over many centuries, promulgated the teachings of Jesus within the Western world as well as throughout other nations. Festivals like Easter and Christmas are marked as public holidays; the Gregorian Calendar has been adopted internationally as the civil calendar; and the calendar itself is measured from the date of Jesus’s birth.

Christianity provided a set of rules to live by

The foundation for the West’s strict and absolute observation of the rule of law is because it believed God made rules for mankind to live by, that he is bound to obey by divine decree. The Ten Commandments formed the basis for Western governments.

By signing the Magna Carta, King John brought himself and England´s future rulers within the rule of law. The rule of law places a restraint on the exercise of arbitrary government power, and it places all people and civil government under law. The Magna Carta was written by the church and it was based on biblical law. 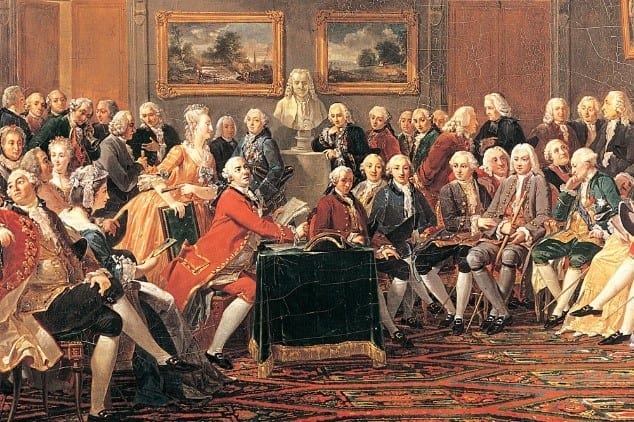 The guiding light for the fledging nation of America is in the Declaration of Independence (July 4, 1776) with its statement: We hold these truths to be self-evident, that all men are created equal and endowed by their creator with certain unalienable rights.

The Ten Commandments and the Sermon on the Mount contain my religion – John Adams (one of the five men who drafted the Declaration of Independence) November 4, 1816, letter to Thomas Jefferson.

The fundamental basis of this nation’s laws was given to Moses on the Mount. The fundamental basis of our Bill of Rights comes from the teachings we get from Exodus and St. Matthew, from Isaiah and St. Paul. I don’t think we emphasize that enough these days. – Harry S Truman, President, February 15, 1950, to the Attorney General’s Conference.

The basis of a trial where witnesses are called is based on Deuteronomy 19:15 which requires two or more witnesses; one is not sufficient.

The sacrament of marriage was initiated by God (Genesis 2:24); one man one woman united for life. It formed the basis of a family for the raising of children. It has served Western society extremely well as the basic building block of society.

Christians established Organisations to help others

George Muller was convicted by his faith in God when began his work in 1834, as there were no orphanages in England, children had to fend for themselves on the rat in festered streets. Between April, 1836, and May 26, of 1897, Muller’s orphan houses had provided accommodation, clothes and food for 9,844 children.

Now, Christian organisations throughout the world provide for and support orphanages where the need is greatest, mainly in under developed countries. 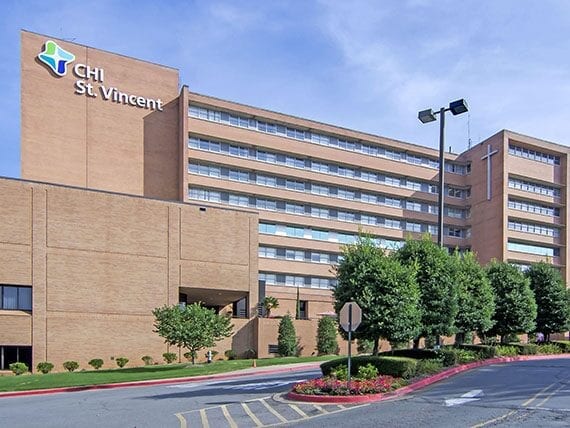 Hospitals. As a means of caring for those who were ill, St. Basil of Caesarea found the first hospital (c. 369).[1] Christian hospitals grew rapidly, spreading throughout both the East and the West. By the mid-1500s there were 37,000 Benedictine monasteries alone that cared for the sick.

The modern hospital owes its origins to Judeo-Christian compassion. Evidence of the vast expansion of faith-based hospitals is seen in the legacy of their names: St. Vincent’s, St. Luke’s, Mt. Sinai, Presbyterian, Mercy, and Beth Israel. These were all charitable hospitals, some of which began as foundling hospitals to care for abandoned children.[2] 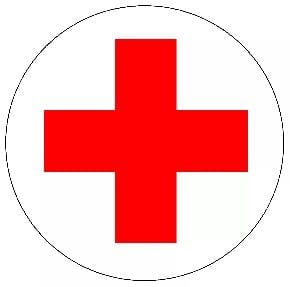 The Red Cross. The International Red Cross started in 1863 and was inspired by Swiss businessman and committed Christian, Henry Dunant. The suffering of thousands of men on both sides of the Battle of Solferino in 1859 upset Dunant. Many were left to die due to lack of care. He proposed creating national relief societies, made up of volunteers, trained in peacetime to provide neutral and impartial help to relieve suffering in times of war. In response to these ideas, a committee, which later became the International Committee of the Red Cross, was established in Geneva. The founding charter of the Red Cross was drawn up in 1863.

Universities commenced as an outgrowth of monasteries

Universities were largely creations of the church. Irrespective whether they were formed by bishops or by informal groups of teachers and scholars, they were soon under the control of the church, except the eastern Mediterranean. They obeyed its precepts; they promoted its goals. They were spurred by and preceded by the schools attached to monasteries and cathedrals; the monks and friars were often the main scholars inside them.[3] A few examples follow: 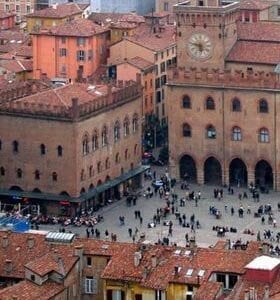 The University of Bologna (pictured), Italy, was founded in 1088 and is the oldest university in Europe. It commenced by teaching church law and civil law.

The University of Paris was established between 1160 and 1250. It commenced under the supervision of Notre Dame Cathedral for the study of theology.

Oxford University. There is no clear date of its foundation, but teaching existed at Oxford in some form in 1096 and developed rapidly from 1167. The roll of the university was to teach, argue and reason within a Christian framework.

University of Edinburgh had a thoroughly evangelical beginning, being founded under Presbyterian auspices.

Cambridge University was established in 1209 by Christian leaders. 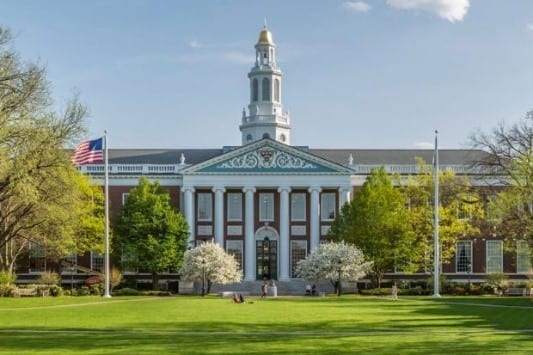 Princeton University. New Light Presbyterians founded the College of New Jersey, later Princeton University, in 1746 in order to train ministers dedicated to their views. The college was the educational and religious capital of Scottish-Irish America.

The notion held by early scientists, is that God set and fixed the laws of nature and they are capable of being understood. This thinking set the conditions under which modern science and mathematics could flourish. The early chemist Robert Boyle (1627-1692) said: Nature is nothing else but God acting according to certain laws He Himself fixed.

Physicist, Lord Kelvin (1824–1907), stated: Please rejoice in the design and the designer!

Below, is an incomplete list of Bible-believing, church-attending Christians, who as scientists, set the foundations on which modern science was built.

Nicholas Copernicus (1473-1543): the Polish astronomer who put forward the first mathematically based system of planets rotating around the sun. 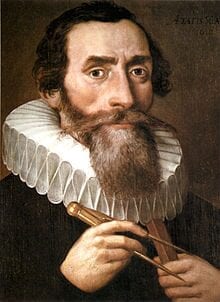 Johannes Kepler (1571-1630)  (pictured): A key figure in the 17th-century scientific revolution. He is best known for his laws of planetary motion.

Rene Descartes (1596-1650):  a French mathematician, scientist and philosopher who has been called the father of modern philosophy.

Blaise’ Pascal (1623-1662): a French mathematician, physicist and religious philosopher, who laid the foundation for the modern theory of probabilities.

Isaac Newton (1642-1726/7): an English mathematician, astronomer, theologian, author and physicist who is widely recognised as one of the most influential scientists of all time.

Carl Linnaeus (1707-1778): A Swedish botanist, physician, and zoologist, who formalised the modern system of naming organisms.

John Dalton (1766-1844): He is best known for introducing the atomic theory into chemistry.

Louis Pasteur (1822-1895): Renowned for his discoveries of the principles of vaccination. The process, named ‘pasteurization’ is in honour.

Lord Kelvin (1824–1907), Physicist, of whom the absolute thermodynamic temperature scale is named.

Max Planck (1858-1947): best known for quantum theory, which revolutionized our understanding of the atomic and sub-atomic worlds.

Slave trading has been part of many, if not all, powerful regimes; Egyptian, Muslim and later British and American. One of the biggest things Jesus taught was that love is the core of all God’s commandments. A new command I give you: Love one another. As I have loved you, so you must love one another.[4] Slavery does not fit under “love each other.” Neither does the biblical fact that we are all of one blood.

After William Wilberforce (1759 -1833) became an evangelical Christian, he left his worldly social life of fashionable society, attending the theatre and races and, as a politician, concentrated all of his efforts on abolishing the slave trade from Britain and all of its colonies. He was encouraged by his good friend John Newton of Amazing Grace fame. The battle was long and hard and victory was only secured three days before Wilberforce died. 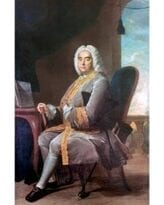 The cultural influence of the church has been vast. The renaissance masterpieces produced by Catholic artists like Michelangelo, Leonardo da Vinci and Raphael at that time remain among the most celebrated works of art ever produced. Similarly, Christian sacred music by composers like Pachelbel, Vivaldi, Bach, Handel (shown), Mozart, Haydn, Beethoven, Mendelssohn, Liszt, and Verdi is among the most admired classical music in the Western canon.

In summarising his book, A Short History of Christianity, Geoffrey Blainey, a non-Christian, made the following comment:

Christianity probably has been the most important institution in the world in the last 2,000 years. It has achieved more for western civilisation than has any other factor; it has helped far more people than it has harmed. So much of what seems admirable in the world today comes largely or partly from Christianity and from people who practised it.

Unfortunately, there is a sad footnote to this story. The very thing, Christianity, that made the West great, the West is now rejecting and as a consequence, we are witnessing its decline. The god-ordained institution of the family bonded in marriage between one man and one woman and the raising of children in this environment is being trashed. The result; increasingly high rates of single parent families, children being born out of wedlock, homelessness, alcohol and drug addiction, suicide, now the greatest killer of men in most Western countries.