Previous Post
Why are not Passover and Easter at the same time?
Next Post
Chris Hustler: personal testimony

Darkness came over the land 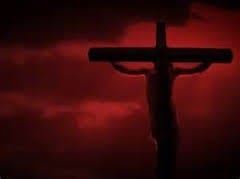 Amos declared that God was going to judge His unfaithful, disobedient, covenant-breaking people, which He did with their exile to Babylon. Amos also, stated that a time will come when God will Judge the whole world; a time known as the Day of the Lord. As part of God’s judgement verse 9 of chapter 8 states:

“In that day” declares the Sovereign LORD, “I will make the sun go down at noon and darken the earth in broad daylight.”

This appears to be an example of what theologians call the interpretive principle of double fulfillment.[1] Two or more events widely separated as to their time of fulfillment, may be brought together into the scope of one prophecy.

One fulfillment of this prophecy was when Jesus hung nailed to the cross as Luke reports:

It was now about the sixth hour (twelve noon), and darkness came over the whole land until the ninth hour (three in the afternoon).[2]

Here, we see darkness coming at exactly the time Amos prophesied; 12 noon. Also, God judged the sin of mankind and His Son took the punishment as Jesus underwent both physical and spiritual deaths. Spiritual death, also known as the second death, is a separation from God. This was confirmed by Jesus’ cry, “My God, My God why have you forsaken me?” (Matthew 27:46).

Darkness coming over the land

If darkness came over the land at the time of Jesus’ crucifixion, which was probably just Judea, surely it would have been noticed by many people. Did anyone write about it apart from Christians?

Hardly any writings have survived from early in the first century and according to E M Blaiklock in his book, Jesus Christ: Man or Myth?,[3] only a small amount of written work has been retained from the 50s and 60s. The most common writing material at the time was papyrus because it was relatively inexpensive. However, it does deteriorate unless it is protected in some way. The early writings that have survived are discussed below.

Possibly the earliest non-Christian writer to refer to Jesus, is the man Thallus, a Greek historian, who was most likely a Samaritan. About AD 55, he wrote a three volume history of the Mediterranean world from before the Trojan War to about AD 50. Other historians such as Julius Africanus, who wrote a History of the World around AD 220, and the Hebrew historian Josephus, both refer to his writings. The first Christian historian, Eusebius tells us that he wrote in koine Greek. Thallus details the crucifixion of Jesus but explains that the darkness that fell over the land at the time of His death was not a supernatural miracle, but merely an eclipse.[4] His writings have been lost and we only know of them through the citations of other historians. For example, Julius Africanus writes:

Thallus in the third book of his histories explains away this darkness as an eclipse of the sun; unreasonably, as it seems to me.

The Passover is celebrated on Nisan 14 which must be a full moon since it is halfway into the Jewish lunar month and Christ was crucified at Passover time (for a fuller explanation go to: https://www.adefenceofthebible.com/2017/03/31/why-are-not-passover-and-easter-at-the-same-time/). It is not possible for there to have been a solar eclipse, because for this to happen, the moon must pass between the sun and the earth in order to block the sun’s light from reaching the earth. A full moon occurs when the moon is fully illuminated by the sun and this only happens when the earth is between the sun and the moon. As well, a solar eclipse only lasts eight minutes, not three hours.

FF Bruce states in his book, The New Testament Documents: Are They Reliable?[5]

Africanus stated his objection to the report arguing that an eclipse of the sun cannot occur during the full moon, as was the case when Jesus died at Passover time. The force of the reference to Thallus is that the circumstances of Jesus’ crucifixion were known and discussed in the Imperial City as early as the middle of the first century. The fact of Jesus’ crucifixion must have been fairly well known by that time, to the extent that unbelievers like Thallus thought it necessary to explain the matter of the darkness as a natural phenomenon.

Phlegon was a first century Greek historian whose writings have been lost and who may have wrote about AD 80. However, they are referred to by Julius Africanus, who comments on Phlegon’s documentation of the darkness that came over the earth at the time of Christ’s crucifixion. As with Thallus, Phlegon puts it down to a solar eclipse, but also makes the point that it occurred during the reign of Tiberius Caesar and at the time of the Passover, and that there was a full moon, which, as stated before, makes a solar eclipse impossible.

The writings of Phlegon are also referred to by Origen in Contra Celsum,[6] who wrote:

Phlegon mentioned the eclipse which took place during the crucifixion of the Lord Jesus Christ, and no other (eclipse) it is clear that he did not know from his source about any (similar) eclipse in previous times… And this is shown by the historical account itself of Tiberius Caesar.

From the above examples of non-biblical evidence, it is clear that none of the early writers doubted the historicity of Jesus’ existence, His crucifixion and the darkness that fell over the land, they just tried to explain the darkness as a natural event.

The darkness that came over the land while Christ hung on the cross was prophesied by Amos, recorded by Luke, Matthew and Mark, and confirmed by two secular historians; all good reasons for believing the Bible.

[1] There are many examples of this principle in scripture and they can be found by googling the name; a good one is : http://www.highlandpc.com/studies/dubfulfill.php.

[6] The 3rd century Christian apologist Origen also references Phlegon’s record of this event in his work Celsum, 2.14,33,59 as does the 6th century writer Philopon (De.opif.mund. II, 21). This citation comes from: https://proof.directory/historical-evidence-existence-jesus-of-nazareth.