The lives of professing/aggressive atheists are difficult ones. They deny that a Supernatural Being, the God of the Bible, created everything. In doing so, all they have left is nothing, so they adopt the absurd position that “nothing” created everything. For more, go to: adefenceofthebible.com/2018/09/15/how-did-everything-come-into-existence. Amazingly, they claim that logic is on their side.

They posit that life has no meaning and no purpose; to quote Richard Dawkins, there is no design, no purpose, no evil, no good, nothing but blind, pitiless indifference.

Atheism is not fulfilling, they have no eternal security and life can be a very lonely place. However, in some cases, when they have been challenged to debunk Christianity, some have changed their position dramatically; four examples are given.

While at university, Josh McDowell was ridiculing Christians for their useless faith when one of them challenged him to disprove the resurrection. McDowell took the challenge seriously and mounted a thorough investigation that took him to many of the great libraries of Europe. He came to the conclusion that Christ’s resurrection was a fact of history and he became one of the great apologists of Christianity. For more see: adefenceofthebible.com/2016/09/26/josh-mcdowell.

In the 1970s, Lee Strobel was a hard-line, arrogant and astute investigative journalist with a nose for a good story. He lived by the mantra, “The only way to truth is through facts.” However, his life changed dramatically when his wife Leslie, announced that she had become a Christian. He set about to disprove Christianity only to became one of its great advocates with his bestselling book, The Case for Christ. To read more, go to: adefenceofthebible.com/2017/07/14/lee-strobel.

Flew was a prize winning academic from Oxford University. He wrote and lectured arguing that there is no God. He was the poster boy of atheists. One day he was led to look closely at the chemical nature of the DNA molecule and how it works using the information stored in it. This was enough for him to declare that he believed in God as the only possible position he could hold. For more, go to: adefenceofthebible.com/2018/03/14/antony-flew. 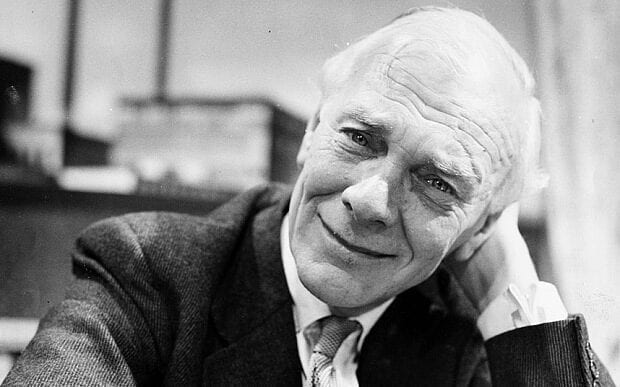 Malcolm Muggeridge (1903 – 1990) was a British journalist and social critic. A lecturer in Cairo in the late 1920s, he worked for newspapers in the 1930s before serving in British intelligence during World War II. He then resumed his journalistic career, including a stint as editor of Punch (1953–57). An outspoken and controversial iconoclast, he targeted liberalism and other aspects of contemporary life with his stinging wit and elegant prose. He was early an avowed atheist but moved gradually to embrace Christianity at age 79. He wrote some 30 books, including satiric novels and religious accounts, and from the 1950s was a popular interviewer, panelist, and documentarian on British television.[1]

Muggeridge lived much of his life as an avowed atheist. He likened his attitude toward faith to a gargoyle on the top of a cathedral – looking down, grinning and laughing at the absurd behaviour, the vain strivings, of men on earth. Muggeridge examined religion and faith with the eyes of a journalist, from the outside – looking down, like the gargoyle, without venturing in to meet the faithful on their own terms.[2]

He had serious flaws and his niece Sally Muggeridge stated:

He caused much hurt to those close to him, he was a serially incontinent groper during his time at the BBC.

He was anything but a saint in his first sixty years, but his well-publicised conversion to Christianity had been genuinely life changing. The transformation had seen him adopt a more austere lifestyle and give up meat, sex, smoking and drinking.[3]

Later in life Muggeridge gave this account of atheism;

It is atheism which refuses to grapple with the ultimate questions of where man came from, what he is doing here, and where he is headed. Muggeridge says; It is one of the fantasies of the 20th century that believers are credulous people, sentimental people, and that you have to be a materialist and a scientist and a humanist to have a skeptical mind. But of course, exactly the opposite is true.[4]

Muggeridge considered conversion to Christianity in the early 1960s, but held back because he could not give up drinking, smoking, overeating, and promiscuity. I felt it was necessary that my personal life should not be a disgrace to the Christian religion he said. 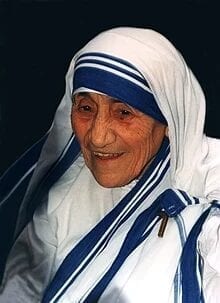 Muggeridge understood the emptiness of atheism, but it was his encounter with Mother Teresa which brought the change of spirit. He was filming a documentary on her Sisters of Charity for the BBC. She taught him that it was not all the good deeds of the world which finally mattered, but in whose name, they were performed. Welfare programs served a purpose, but Christian love was for a person. Christianity is not about numbers, it is about a man who was also God.

Finally, in 1983, the great British journalist decided to take the final step and become a Catholic. He consulted his wife and they decided to do it together. Muggeridge said, it was the most profound moment in my life. I felt a sense of homecoming, of picking up the threads of a lost life, of responding to a bell that has long been ringing, of finding a place at a table that has long been left vacant.[5]

Just by using his intellect and observations, Muggeridge could see that atheism was not fulfilling, but empty and shallow and that Christianity had so much more to offer. So, from a point of pure logic he became a Christian and, in his case, joined the Catholic church. Why Catholic? Possibly because Mother Teresa set him such a marvellous example of sacrificial love and devotion to the needy. If Muggeridge had read his Bible more intensely, his choice of a church to join may have been different.