Why Evolution is Impossible Part 6

Evolution is impossible because it is statistically impossible.

Consider what these scientists and mathematicians say: 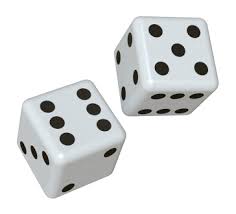 Sir Fredrick Hoyle (astronomer, now deceased) and Dr Chandra Wickramasinghe  (mathematician), both evolutionists, calculated the chances of biologically active proteins forming purely by chance from their constituent chemicals, which is what the Theory of Evolution, in its broad sense requires. In their 1981 book Evolution from Space, they calculated that the chance of obtaining the required set of enzymes (proteins which catalyse biochemical reactions) for even the simplest living cell was one in 1040,000. Since the number of atoms in the known universe is infinitesimally tiny by comparison (1080), Hoyle argued that even a whole universe full of primordial soup wouldn’t have a chance. He claimed:

The notion that not only the biopolymer (protein) but the operating program of a living cell could be arrived at by chance in a primordial organic soup here on the Earth is evidently nonsense of a high order.[1]

On another occasion, Hoyle said, “Now imagine 1050 blind persons each with a scrambled Rubik cube and try to conceive of the chance of them all simultaneously arriving at the solved form. You then have the chance of arriving by random shuffling of just one of the many biopolymers on which life depends. The notion that not only the biopolymers but the operating program of a living cell could be arrived at by chance in a primordial soup here on earth is evidently nonsense of a high order. Life must plainly be a cosmic phenomenon.”[2]

He compared the random emergence of even the simplest cell to the likelihood that a tornado sweeping through a junkyard might assemble a Boeing 747 from the materials therein and towards the end of his life, he came to the conclusion:

If one proceeds directly and straightforwardly in this matter, without being deflected by a fear of incurring the wrath of scientific opinion, one arrives at the conclusion that biomaterials with their amazing measure or order must be the outcome of intelligent design. No other possibility I have been able to think of.[3]

Dr John Marcus, who holds a PhD in biochemistry, makes the following comment:

The process of converting DNA information into proteins requires at least 75 different protein molecules. But each and every one of these 75 proteins must be synthesized in the first place by the process in which they themselves are involved. How could the process begin without the presence of all the necessary proteins? Could all 75 proteins have arisen by chance in just the right place at just the right time? Could it be that a strand of DNA with all the necessary information for making this exact same set of proteins just happened to be in the same place as all these proteins? And could it be that all the precursor molecules also happened to be around in their energized form so as to allow the proteins to utilize them properly?

Needless to say, without proteins life would not exist; it is as simple as that. The same is true of DNA and RNA. It should be clear that DNA, RNA and proteins must all be present if any of them are going to be present in a living organism. Life must have been created completely functional, or it would be a meaningless mess. To suggest otherwise is plain ignorance or perhaps desperation.[4]