The Hittites are mentioned repeatedly throughout the Old Testament from the time of Abraham to Ezra, 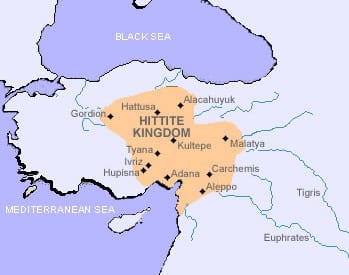 in fact 47 times. Genesis chapter 10 records that Noah’s son Ham was the father of Canaan whose descendants were, among other peoples, the Hittites (verse 15). Abraham purchased the cave of Machpelah in Hebron from Ephron the Hittite to bury his dead wife Sarah[1]. Esau’s first two wives were Hittites.[2] The Hittites are listed as one of the nations that the Children of Israel had to conquer when they entered The Promised Land.[3] As well, one of King David’s mighty men and the husband of Bathsheba was Uriah the Hittite. Ahimelech the Hittite was asked by David to go with him into King Saul’s camp.[4] Hebrew merchants exported horses from Egypt not only for the kings of Israel, but also for the “kings of the Hittites.”[5]

There is no doubt that as far as the Bible is concerned the Hittites were a real people, but there was no

solid archaeological evidence of their existence and many people scorned the Bible and claimed it to be full of incorrect material. The first awaking came in 1876 when British scholar, A. H. Sayce, proposed that unknown inscriptions found carved on building stones in Turkey might be the Hittite language. Ten years later tablets containing similar inscriptions were discovered in Bogazkoy, Turkey. In 1906 German archaeologist Hugo Winckler followed the cuneiform trail and started excavations at Bogazkoy. There he discovered large sculptures, a citadel, five temples, magnificent sculptures and over 10,000 clay tablets in a single library. The tablet shown above is from: http://historicconnections.webs.com/biblicalarchaeology.htm. They announced to the 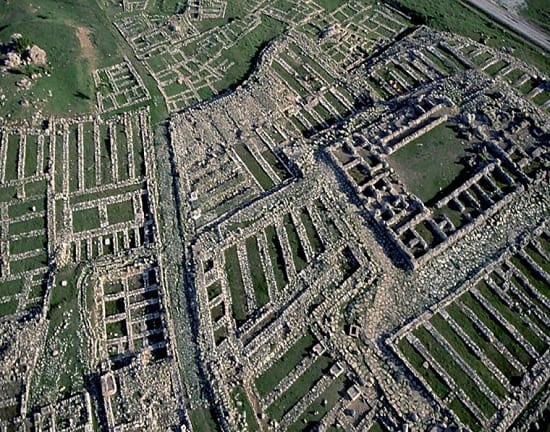 world that the Hittites had been found.[6] By reading one of the tablets, he was able to conclude that Bogazkoy was the Hittite capital known as Hattusa. The ruins of which are shown in the aerial photo left.

Those who used the absence of archaeological evidence about the Hittites to mock the accuracy of the Bible were left embarrassed and silent, God’s word will always be attacked by some people, but a good rule of thumb is : “The biblioskeptic is always wrong.”