Since evolutionists are hard-pressed to come up with even one genuine transitional species, does the fossil record show any change within species? The answer appears to be no, for there is an abundance of ‘living fossils’ that survive today and they are exactly the same as they have always been. They are a living testimony that contradict the evolutionists’ claim that living creatures were changing into other species. Of course, there are changes within species.
In 1938, Marjorie Courtenay-Latimer was curator of a small museum situated in a port town near Cape Town, South Africa. A local seaman, Captain Hendrick Goosen of the trawler Nerine, would allow her to peruse his catch to see if there was anything of interest for the museum. On December 23, 1938, she noticed a fish, which she later described as: the most beautiful fish I had ever seen, five feet long, and a pale mauve blue with iridescent silver markings. She had no idea what it was and contacted her friend, Professor J L B Smith at Rhodes University, Grahamstown, some 80km (50 miles) away, with a description of the fish. He identified the fish from fossils as being a coelacanth (pronounced see-la-canth). The fish was described as; the most important zoological find of the century. A living dinosaur … would be no more amazing than this incredible discovery. 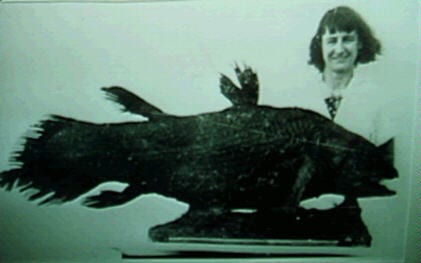 Above left a Coelacanth fossil and above right Miss Courtenay-Latimer with her find. Image courtesy of www.goosen.org/index.html. 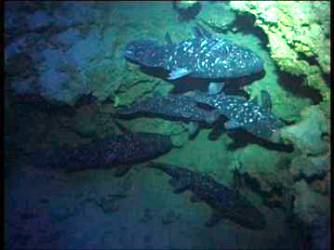 Another coelacanth was not found until 1952. They have subsequently been shown to be living in plentiful numbers in the waters around South Africa and Indonesia as shown.
The Australian Museum Fish Site makes the following statement:
Coelacanths are known from the fossil record dating back over 360 million years, with a peak in abundance about 240 million years ago. Before 1938 they were believed to have become extinct approximately 80 million years ago, when they disappeared from the fossil record.

A few of the many examples of living fossils 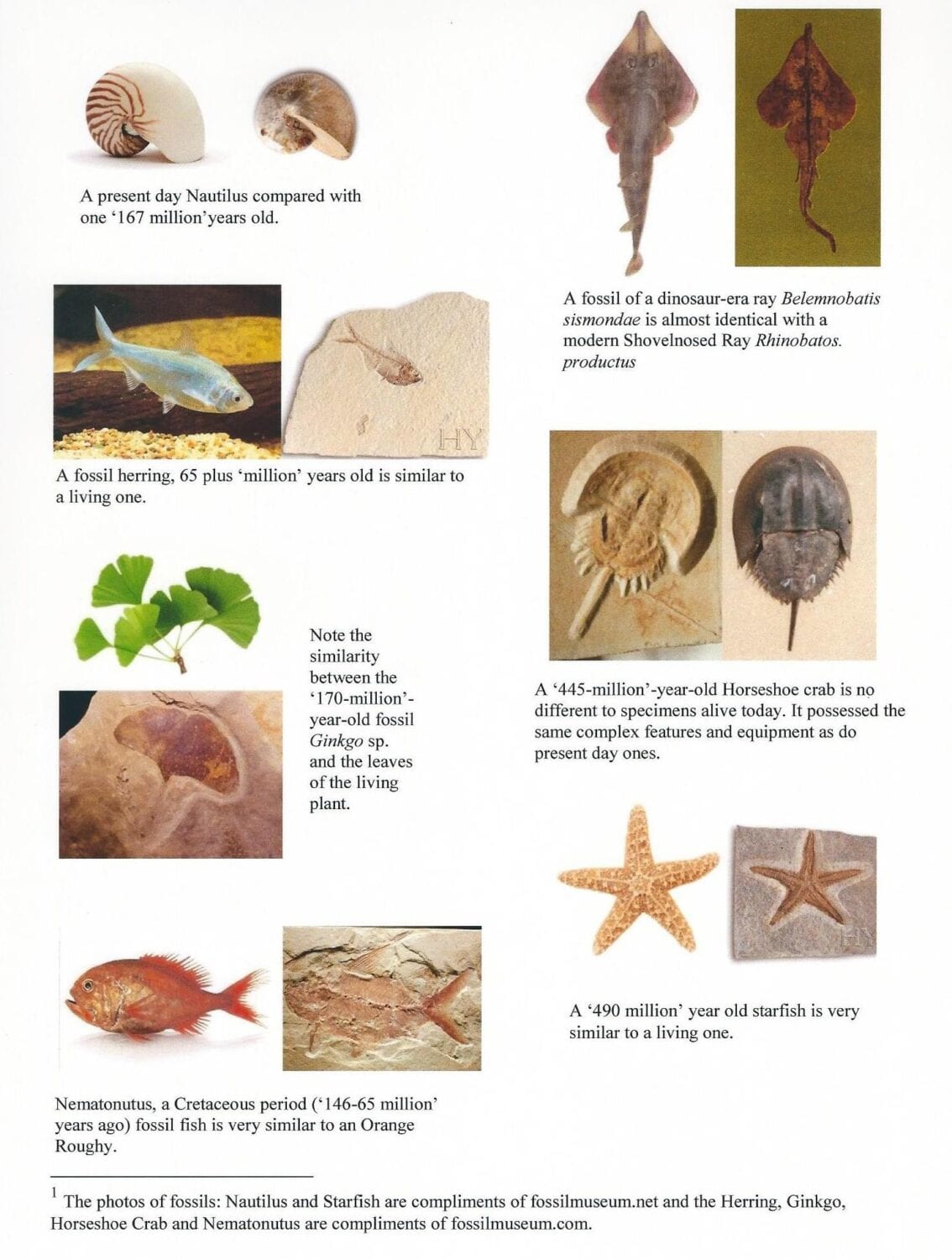 A compilation of living fossils taken from Wikipedia is shown below

Listed below are forms of life that have not changed over their time of existence and the list is increasing each year as more fossils are found.

We do not see any credible transitional forms, yet if evolution were true, we would expect there to be hundreds of such life forms. The fossil record does show, however, that the whole range of animal phyla and all of the major plant divisions which are living today were also alive at the time of the dinosaurs. This was affirmed by a thirty-year study by Dr Carl Werner who, with his wife, visited sixty museums and numerous fossil digs throughout the world documenting the evidence and recording interviews with the scientists involved. His report is the subject of his book: Living Fossils Evolution: The Grand Experiment, Volume 2, New Leaf Press, 2008 (see also the below). After such a thorough study, he concluded that:

The fossil evidence does not support changes of one species into another.

Plants and animals that were present with the dinosaurs 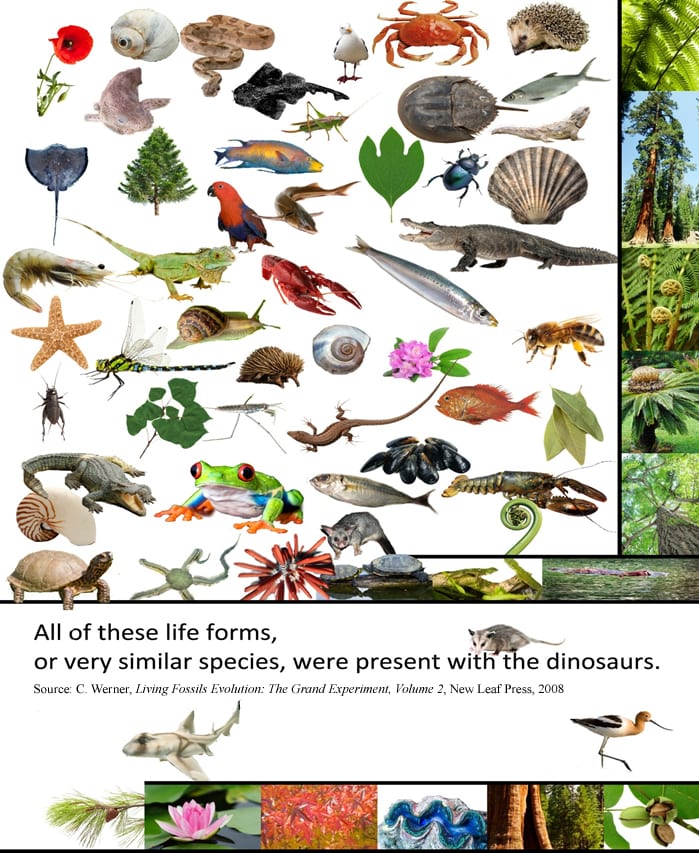