If you want to disprove Christianity, disprove the resurrection. If you can do this, then Christianity crumbles. The apostle Paul says similarly in 1 Corinthians 15:14:

And if Christ be not risen, then our preaching is futile and your faith is also in vain.

He makes the point further in verses 15–18 and concludes in verse 19:

If in this life only we have hope in Christ, we are of all men most to be pitied.

Albert Henry Ross was skeptical regarding the resurrection of Jesus, and set out to analyse the sources and to write a short paper entitled Jesus – the Last Phase, to demonstrate the apparent myth. In compiling his notes, he came to be convinced of the truth of the resurrection, and set out his reasoning in the book Who moved the stone?, which he wrote under the pseudonym Frank Morison. It was first published in 1930 and it has led many people to Christianity.[1]

Josh McDowell set out to disprove Christianity by disproving the Christ’s resurrection. He states:

After more than 700 hours of studying this subject, I have come to the conclusion that the resurrection of Jesus Christ is either one of the most wicked, vicious, heartless hoaxes ever foisted on the minds of human beings—or it is the most remarkable fact of history.[2]

He concluded the latter and became a Christian. Since then he has written life-changing books on the subject, and is one of the most quoted apologetics’ authors. Now, let us consider some of the evidence for Christ’s resurrection.

1. The tomb was secured

Pilate ordered the tomb to be guarded at the insistence of the Jews:[3]

“Sir, we remember, while He was still alive, how that deceiver said, ‘After three days I will rise.’ Therefore command that the tomb be made secure until the third day, lest His disciples come by night and steal Him away, and say to the people, ‘He has risen from the dead.’ So the last deception will be worse than the first.”

Pilate’s response to this request is recorded as:

His answer can be interpreted in either of two ways;[4] Pilate consenting to their request in providing a Roman guard or telling the Jews to use their own guard which would have been the Temple guard (see Luke 22:4 and John 7:32, 45-49). The latter interpretation has the advantage of being more in keeping with the guards being bribed to say that His disciples stole His body during the night while they were asleep.[5] In any event, the tomb was guarded and sealed to make it secure thereby placing the resurrection beyond doubt.

2. The large stone was removed 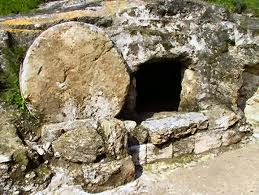 Archaeological evidence suggests that this stone would have weighed two tons. The normal procedure was for the stone to be rolled along a v-shaped groove, and once the body was interred, it would be rolled into place and wedged there in order to prevent the grave from being robbed. It would have taken many men to perform this task.

3. The tomb was empty

This is the greatest evidence of the risen Savior. No body has ever been produced. It would have been very easy for the Jews to disprove the resurrection by simply producing His body. No one has been able to do this in 2,000 years.

4. The grave clothes were intact

The tomb was not totally empty, for when the disciples looked where Jesus had lain:

In fact, the clothes were possibly set hard since they consisted of strips of linen saturated with a mixture of about 34 kilograms (75 pounds) of myrrh and aloes.[7] Indeed, this embalming procedure would make it very difficult, if not impossible, for anyone to remove the body and reconstitute the bandages.

5. His resurrection was unexpected

According to the gospel narratives, none of Jesus’ followers expected Him to rise from the dead. Luke wrote that when Jesus appeared to them in a room with the doors closed:

…they were terrified and frightened, and supposed they had seen a spirit.[8]

Jesus comforted them by telling them not to be afraid because it really was Him, and He invited them to look at His hands and feet where the nails had pierced. He assured them that He was not a spirit but real flesh and blood.[9] The disciple Thomas (Doubting Thomas) was not present and when told of the incident, he refused to believe that Jesus had risen from the dead[10] until one week later when Jesus actually stood before him. At this point, Thomas no longer doubted and made his great confession, for now he knew that Jesus was alive and recognized His divinity with his statement:

6. The testimony of a hostile witness

As compelling evidence as the above may be, even more compelling is the testimony of a hostile witness: in this case Saul of Tarsus, who despised Jesus and persecuted His followers.[12] However, when the risen Christ appeared to him on the road to Damascus, he believed with a passion and became one of the greatest proponents and propagators of Christianity.

7. Those who saw the resurrected Christ were still alive

Paul states in chapter 15 of his first letter to the church at Corinth that Jesus appeared to 500 witnesses at the one time and if anybody doubted this, most of these witnesses were still alive and he or she could quickly obtain confirmation.

In all, there were 11 recorded post-resurrection appearances of Jesus over a forty-day period and at various times of the day. We can count twelve if we include Paul’s conversion on the road to Damascus.

9. Two of Jesus’ brothers did not believe in His Messiahship

During his earthly life[13] and yet after His resurrection they both became believers, each wrote a book (James and Jude) and spent the rest of their lives proclaiming the ‘good news.’

10. Being prepared to die for what they believed

If more evidence is needed, it can be found in the form of His disciples who, by spreading the gospel, risked their lives. Extra-biblical writings tell that all of them (except John) lost their lives for the sake of Christ. This is even more compelling when their cowardly behavior at the time of Christ’s arrest is taken into account. Of all people, it was the disciples and the women with them who would have known if Jesus had risen from the dead, and on the basis of His resurrection, they willingly gave their lives. Would you give your life for something that you knew was a lie? 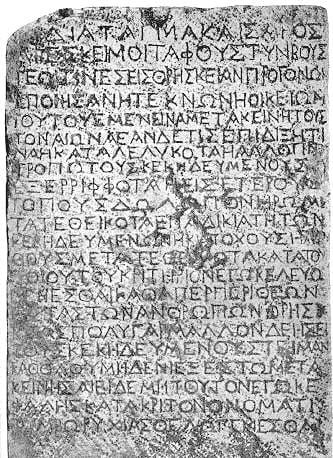 Further evidence comes in the form of a marble tablet known as the Nazareth Inscription.It was acquired by Wilhelm Fröhner (1834–1925) to form part of his collection of ancient inscriptions and manuscripts. It was labeled: This Marble was sent from Nazareth in 1878. Since 1925 it has been in the Bibliothèque nationale, Paris, displayed in the Cabinet des Médailles[14]

The Nazareth Inscription Translation from the Koine Greek text by Clyde E. Billington:[15]

Michael Green[16] cites the inscription as a secular source of early origin that bears testimony to Jesus’ empty tomb:

It is an imperial edict, belonging either to the reign of Tiberius (A.D. 14-37) or of Claudius (A.D. 41-54). And it is an invective, backed with heavy sanctions, against meddling around with tombs and graves! It looks very much as if the news of the empty tomb had got back to Rome in a garbled form. (Pontius Pilate would have had to report: and he would obviously have said that the tomb had been rifled). This edict, it seems, is the imperial reaction.

Clyde Billington of Northwestern College (Minnesota) has dated it to AD 41, and interpreted it as evidence for the historicity of Christians preaching the resurrection of Jesus within a decade of His crucifixion since it seems to apply specifically to Jewish burials from the early first century (moved bodies, moved sepulcher-sealing stones, whereas Gentiles either cremated or buried their dead in coffins).

This is what others who have undertaken serious investigation into the resurrection have concluded:

As a lawyer I have made a prolonged study of the evidences for the first Easter. To me the evidence is conclusive, and over and over again in the High Court I have secured the verdict on evidence not nearly so compelling. As a lawyer I accept it unreservedly as the testimony of men to facts that they were able to substantiate.[17]

Thomas Arnold, Professor of History at Oxford University and author of a three-volume history on ancient Rome, wrote:

I have been used for many years to study the history of other times, and to examine and weigh the evidence of those who have written about them; and I know of no fact in the history of mankind which is proved by better and fuller evidence of every sort, to the understanding of a fair inquirer, than that Christ died and rose again from the dead.[18]

N. D. Anderson, in the words of Armand Nicholi of the Harvard Medical School,[19] is a scholar of international repute, eminently qualified to deal with the subject of evidence. He is one of the world’s leading authorities on Muslim law, Dean of the Faculty of Law at the University of London, Chairman of the Department of Oriental Law at the School of Oriental and African Studies, and Director of the Institute of Advanced Legal Studies at the University of London. In Anderson’s text, Christianity: The Witness of History, he supplies the standard evidences for the Resurrection and asks:

How, then, can the fact of the resurrection be denied?

Lastly, it can be asserted with confidence that men and women disbelieve the Easter story not because of the evidence but in spite of it.[20]

Jesus said the same thing, as is recorded in Luke’s gospel:

If they do not listen to Moses and the Prophets, they will not be convinced even if someone rises from the dead.[21]

There can be no doubt that Jesus  Christ  rose from the dead, thereby demonstrating that He was fully man and is fully God.

[15] The Nazareth Inscription: Proof of the Resurrection of Christ? Clyde E. Billington, in Artifax, Spring, 2005.