What the Bible Tells us About the Universe 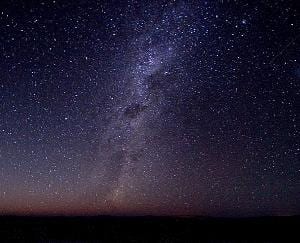 The heavens declare the glory of God; the skies proclaim the work of his hands. Day after day they pour forth speech; and night after night they display knowledge.[1]

Here the psalmist is saying that the silent heavens are declaring the glory of their maker and their beauty is a testament to the magnificent greatness of the Lord who created them.

God’s glory is being proclaimed, it is sent to the whole human race.

The proclamation is constant; day after day, night after night.

It is non-verbal. That is, it communicates its message by not using words.

It is worldwide in its scope. All people everywhere can read it.

Why does the Bible say it is the heavens that declare God’s glory and not, say, the beauty of a flower as it opens, or the birth of a baby, which demonstrates the miracle of a new life? It is easy to understand the Psalmist’s thoughts; such beauty and symmetry as the heavenly bodies silently move about in perfect harmony with each other on an incomprehensible scale so clearly points to their Creator.

Such order represents a huge problem for evolutionists who claim that everything came about from nothing by way of an explosion, because it is a violation of one of the most basic laws of physics, one which has no exceptions; the Second Law of Thermodynamics, which in effect, states that order must go to disorder. As it has been said many times before; you cannot go from chaos (an explosion) to cosmos (order), the Second Law forbids it.

The number of stars

Jeremiah, under the influence of the Holy Spirit, writes:

As the host of heaven cannot be numbered, nor the sand of the sea measured, so will I multiply the descendants of David my servant and the Levites who minister to me.[2]

This statement is an example of hyperbole; that is an exaggeration to make a point and is use in the Bible often. But the text does make clear that the stars are too numerous to be counted.

Since the “hosts of heaven” is a biblical term for stars, Jeremiah’s words here echo the covenant promises to the patriarchs recorded in the book of Genesis, including the fact that the stars are too numerous to be numbered.

The first person acknowledged to have counted the stars was Hipparchus in 190–120 BC. After having made a study of the stars, he announced that there were 1,080 and 300 years later, Ptolemy put the number at 1,056. It is now generally accepted that without the aid of a telescope and on a very clear night, up to 4,000 stars can be seen. But back in 600 BC Jeremiah said the number of stars was countless. And even further back to about 2,000 BC we read a similar statement in Genesis 22:17. So, up 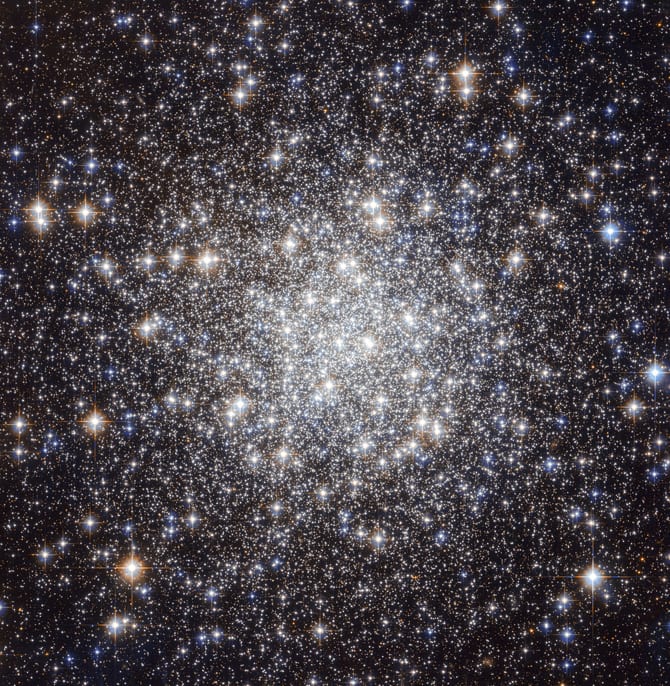 until a few hundred years ago, it would have seemed that the Bible grossly exaggerated the number of stars in the sky. However, with the aid of powerful telescopes, it is estimated that there are 10 to the power 21 stars.[3] If it were possible to count 20 stars per second, it would take 100 million billion years to count to 10 to the power 21. And interestingly, this number is also an estimate of the number of grains of sand on the seashores. Of course, God, who has infinite knowledge, knows the number of stars. In fact, the Bible states in Psalm 147:4:

He counts the number of the stars; He calls them all by name.

The accompanying photograph is courtesy of NASA

Each star is different

From earth the majority of stars look the same; only recently, with the aid of powerful telescopes, has it been revealed that every star is different. Again, Paul who wrote the passage could only have made this statement if he was inspired by the Creator.

He stretches out the heavens

There are at least eleven references in the scriptures to the fact that God stretched or stretches (makes ongoing or makes continuous) the heavens.[4]

Isaiah wrote in about 700 BC at a time when people thought that the stars were stuck on a canopy that covered the sky and the concept of the depth of the cosmos was inconceivable. Yet the Bible states that the heavens are being stretched. As discussed, there is a general consensus among contemporary cosmologists that the galaxies are not only moving apart but that their movement is accelerating.[5]

What the Bible told us about the Universe thousands of years ago has only recently been shown to be true. This again, supports the fact that the Bible is divinely inspired.