Previous Post
If God is all powerful and loving, how come there is so much suffering in the world?
Next Post
Evolution: How scientific is it? 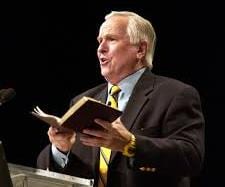 His early years of suffering

McDowell was born in Union City, Michigan in 1939 with the given name Joslin. He was one of five children and he struggled with low self-esteem in his youth, as his father was an alcoholic and abusive. Life was extremely difficult for young Josh, because between the ages of 6 and 13, he was raped on a weekly basis by a man his mother had hired as a housekeeper. Every time his mom went out of town for the weekend she would demand that he obey this man and threatened him with harsh punishment if he did not comply.

When McDowell was 9 he mustered the courage to tell his mother of the sexual abuse but she refused to believe him and instead took him out to the backyard and beat him with a switch for 30 minutes. He finally screamed “I’m lying” to get her to stop.

It was when he was 13 that things came to a head when the man was about to assault him again McDowell grabbed the man’s throat, shoved him against the wall, and said “If you ever touch me again, I will kill you” and this brought the molestation to an end.[1]

It was during his college years that as an agnostic he found himself perplexed by a group of people who seemed different from the others he had encountered. On asking them why they were different, he was told that it was their faith in Jesus that made them different. McDowell later recalled; “I just laughed at them and I thought, You’ve got to be kidding.”

It wasn’t long before these Christians challenged him to intellectually examine scriptures and in particular, the idea that Jesus could be God’s son. McDowell gladly set out on that mission, traveling abroad to examine biblical manuscripts in various libraries in an effort to disprove the central premises of Christianity. In the end, though, something else entirely happened. Rather than corroborating his own personal dismissal of the faith, he found himself conceding that there were some truths that he couldn’t simply ignore. “Intellectually, I concluded that I could trust the Bible and I concluded that Jesus Christ not only claimed to be God — but there was sufficient evidence to support his claims of being God,” McDowell said.

And that knowledge eventually led him to make a decision that transformed his life. “It was a Saturday night in my dorm room. I had tried so hard to refute Christianity and I couldn’t.” he said. “I leaned back in my chair and I realized that if I were the only person alive, Jesus would have still died for me. That is what took me from the evidence into a relationship.”

A spiritual mentor despite knowing how unbearably painful the experience was, urged him to forgive the man who raped him. He eventually went to the man’s house and forgave him through the power of Jesus’ love.

Josh spoke to his father about the change in his life and his father became a believer also and a changed life followed. Later he heard that his mother made a profession of faith as well.[2] 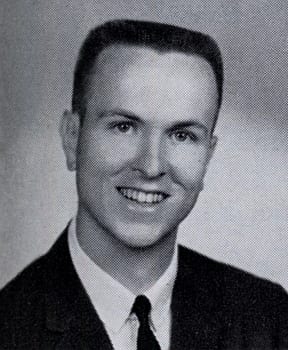 Josh McDowell dedicated his life to proclaiming Christ and the truth and reliability of the Bible as he toured University campuses. His first book: Evidence that demands a verdict, became a best seller and impacted the lives of tens of thousands of people. His book; More than a Carpenter, has sold 15 million copies and has been translated into 85 different languages. He has authored or co-authored some 118 books.[3]

The Josh McDowell Ministry, located in Plano, Texas, employs a staff of 75 people with affiliate offices located throughout the country. As well, Josh McDowell is the founder of the Christian ministries 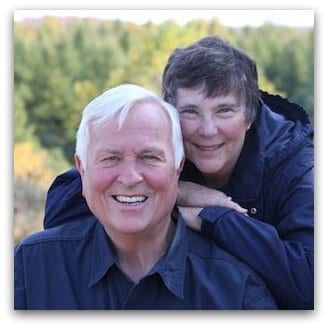 Josh.org and Operation Carelift, which is an international humanitarian aid ministry that is run by the Global Aid Network (GAiN) in Dallas, Texas.

Josh McDowell is married to Dottie. They have four children and eight grandchildren and live in California.

It was Josh McDowell’s book; Evidence that demands a verdict that change me from a theistic evolutionist to a six-day-creation, Bible believing Christian.