The object of my website is to show that the Bible is true and can be trusted, so why include stories of peoples’ lives? The simple answer is that lives that have been changed through the power of Jesus Christ acting in that life, is commanding evidence for the power, truth and integrity of the Bible. 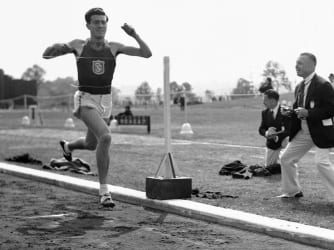 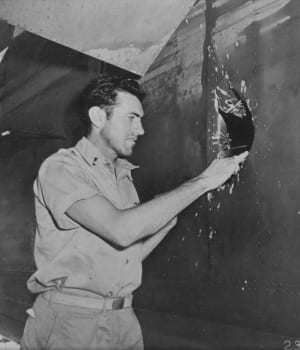 Louis Zamperini competed in the 1936 Berlin Olympics and was set to compete again in 1940 when World War II broke out. The photo left shows him competing in a 1939 track meet. Louis was a bombardier in the Army Air Corps, and the photo is of him inspecting the damage to his B52 bomber after a bombing mission. Later during the war, he was in a plane that crashed into the ocean and was lost at sea with two other men for 47 days. After 33 days, tail gunner Francis McNamara died. Nearly dead, he and pilot Russell Phillips where eventually picked up

by a Japanese naval vessel and they were taken as prisoners of war. All prisoners were brutally treated and starved, but Zamperini was subjected to beatings and humiliation almost daily, apparently because he was an Olympic athlete. Japanese corporal Mutsuhiro Watanabe (pictured), nicknamed “the Bird” by the POWs, took particular glee in torturing the runner. Zamperini was released when the war ended. His dramatic story was made into a film in 2014 titled, Unbroken[1] and the Billy Graham Evangelistic Association made a 26 minute video in 2015 called Captured by Grace. 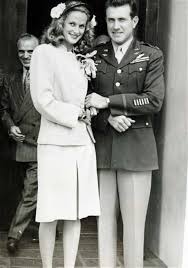 After the war and back in the US, Louis Zamperini married Cynthia Applewhite in 1946, to whom he remained married until her death in 2001. They had one daughter, Cissy, and one son, Luke.

In a televised interview on the Christian Broadcasting Network in 2003, Zamperini related that after the war, he had nightmares about strangling his former captors. So horrific were these nightmares that one night he awoke with his hands around his wife’s throat. He was drinking heavily in an attempt to forget his experiences as a POW. He also had severe bouts of deep depression. His drinking dominated his life and his wife said that she could not take any more and she filed for divorce. However, a neighbour asked her to attend a Billy Graham crusade which she did and there she gave her life to Christ. She told Louis of her experience and that she would not continue with the divorce because Jesus had changed her. After much persuasion, Louis went to the crusade and Graham’s preaching reminded him of his prayers during his time on the life raft and during his imprisonment. These prayers were that if the Lord would get him out of the situation he would serve Him when he got back to the States. On October 23, 1949, he too gave his life to Jesus.

Forgiveness is a biblical imperative. Any sin we commit against another person is also a sin against God.[2] God has forgiven the sins of all believers because Jesus paid the penalty for our sins through His death on the cross. When a person gives his or her life to Christ, that person starts to become more like Christ and a major part of this process is forgiveness. Matthew (6:14) records Jesus’ words:

Following his conversion, he forgave his captors. In a television interview Zamperini said, “I had nightmares every night about the Bird during the war and after the war, and the night I made my decision for Christ I haven’t had a nightmare since then and that is some kind of a miracle.”

Zamperini went back to Japan and visited his previous captors who were now prisoners charged with war crimes. He told them that he had forgiven them and of the power of Jesus Christ to change lives. He gave them an invitation to accept Jesus as their Lord and Saviour and many did. 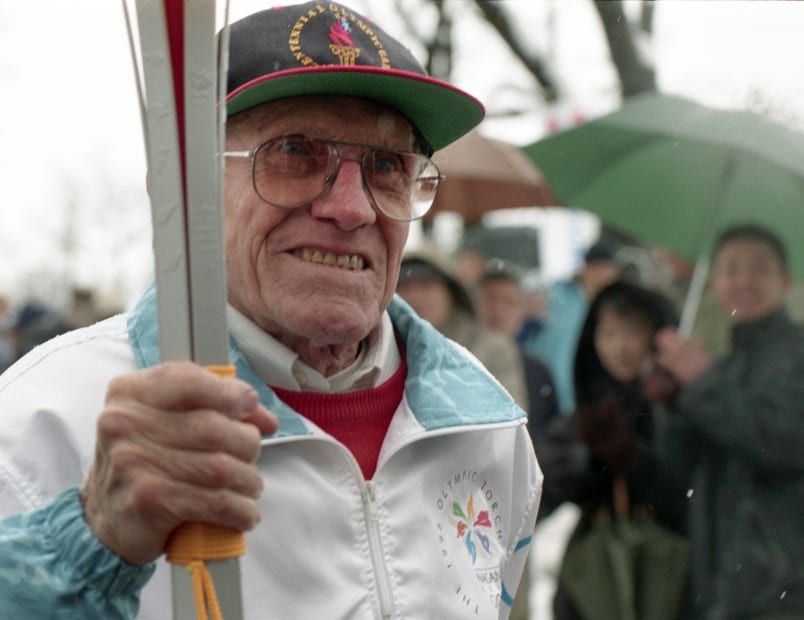 Four days before his 81st birthday in January 1998, Zamperini ran a leg in the Olympic Torch relay for the Winter Olympics in Nagano, Japan, not far from the POW camp where he had been held. While there, he attempted to meet with his chief and most brutal tormentor during the war, the Bird, Mutsuhiro Watanabe, who had evaded prosecution as a war criminal. In 1952, the United States granted amnesty to Japanese war criminals, after which Watanabe emerged to become a businessman. Watanabe refused to see him. 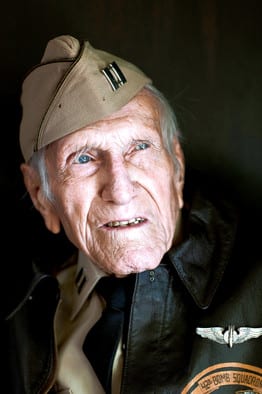 What stands out about Zamperini’s story is that it was only through faith in Jesus that enabled him to forgive his enemies, and once he forgave them, his nightmares ceased. His story is a powerful testament of how the Lord God can change a life that turns completely to Him.

When we are prepared to forgive others, we benefit.

[1] The film was based on Laura Hillenbrand’s book Unbroken: A World War II Story of Survival, Resilience, and Redemption, (2010) and published by Random House. Disappointingly, the movie left out the remarkable change in Zamperini’s life after he walked forward at a Billy Graham crusade in 1949. Hillenbrand goes into much detail about this event.