In the beginning, God created the earth and enclosed it with the vast cosmos. He made the earth suitable for human habitation and placed Adam and Eve in a beautiful garden called Eden. God had a close and intimate relationship with Adam and Eve, as well, Adam and Eve lived in harmony with the animals and everything operated and moved in perfect synchronization; in fact, God declared it to be very good.[1] 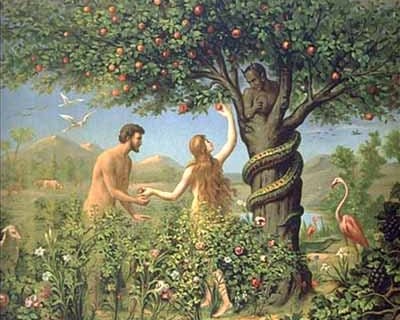 However, under the influence of a created fallen angel; Satan, Eve ate the fruit of the Tree of Knowledge of Good and Evil, followed by Adam. The only restriction God had placed on them was that they must not eat this fruit. At this point, the relationship God had with Adam and Eve broke and sin came between God and mankind. For his deception, God cursed Satan. But before He pronounced judgement on Adam and Eve and before He cursed the ground and all of creation and subjected it to bondage and decay,[2] God pronounced the way He would bring back mankind to the lofty position he had before he fell. A single male would crush Satan’s head. That is, He would deprive Satan of the ability to cause people to be permanently separated from God; called spiritual death or the second death.[3]

As the Bible progressed, more information was given as to who this person would be. This Anointed One, or Messiah (Christ in Greek) would come from the line of Seth, through the patriarchs, from the tribe of Judah and be a descendant of King David. He would be born of a virgin in the town of Bethlehem. All of these criteria where fulfilled in the Person of Jesus of Nazareth. For 60 Old Testament prophecies regarding the Messiah and their fulfillment by Jesus Christ, click this link: https://www.adefenceofthebible.com/2016/04/10/prophecies-concerning-the-messiah-2/.

Because of Adam and Eve’s fall, all of their children and all humanity are/were sinners and under the penalty of death; God told Adam that if he were to eat of this fruit, he would surely die[4] and Paul repeats this death sentence in his letter to the Romans.[5] The death being referred to here is the second death, which is not only separation from God but also being cast into hell.[6] We all die physically.

However, God as the righteous judge, will allow another life to be taken in the place of sinners. This was practised by the Israelites by means of sacrificing animals as directed by God through Moses. The most important sacrifice being on the Day of Atonement when the High Priest would enter the Temple and go into the Holy of Holies. That is, into the very presence of God and sprinkle the blood of a freshly slaughtered goat on to the Mercy seat of the Ark of the Covenant.[7] The High Priest would do this every year because this covering of the people’s sin only lasted twelve months. But it was a pointer to the One to come, whose sacrificial death would provide the forgiveness of sins for all time, for all people who believed.[8]

At Christmas, we celebrate the birth of this One; God the Son, who left His glory on high to be confined in space and time in the form of a man. The word used to describe this act is; incarnation. It is derived from the Latin in and caro (flesh), meaning clothed in flesh, the act of assuming flesh. It is the greatest event to occur in the history of the universe. It is without parallel and the event itself, is outside the range of human comprehension and appreciation. It is the start of the fulfillment of the promise God gave, which is recorded as Genesis 3:15. 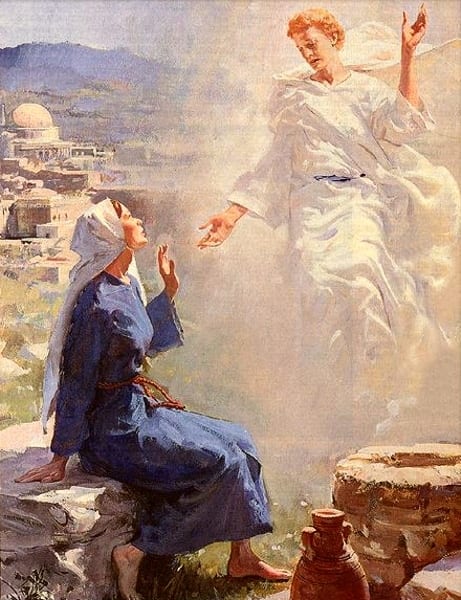 For we read in Luke’s gospel: God sent the angel Gabriel to Nazareth, a town in Galilee, to a virgin pledged to be married to a man named Joseph a descendant of David. The virgin’s name was Mary. The angel went to her and said, “Greetings to you who are highly favoured! The Lord is with you.”[9]

Mary was troubled, but the angel explained everything to her and she said: “I am the Lord’s servant, may it be to me as you have said.”[10]

Joseph was told by an angel to name their Son Jesus, because He will save His people from their sins.[11] 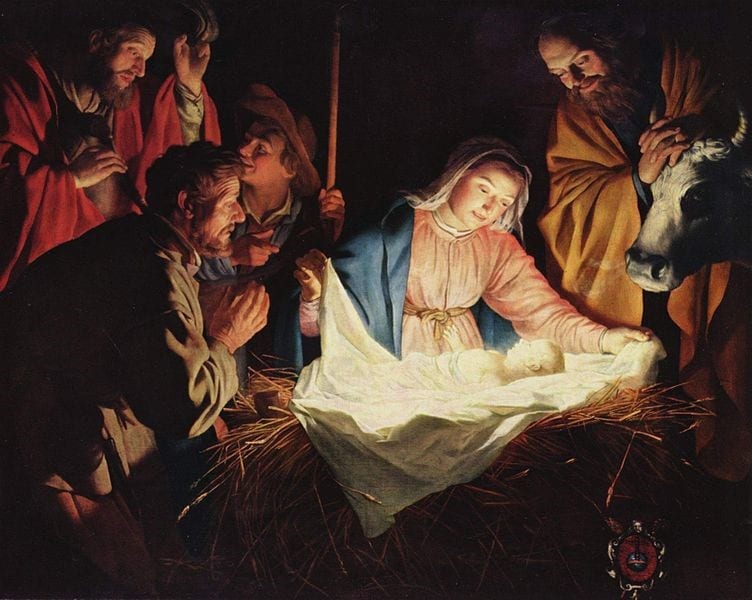 We can only imagine the wonderment of Mary as she looked into the face of God who had just come from her own body and we are told that she treasured up all these things and pondered them in her heart.[12]

God the Son in His beneficence, came to earth in the form of a man so that He could die as a man in the place of all believers. This was the only sacrifice acceptable to the Father for the forgiveness of sins; the sinless died in the place of the sinner, the innocent died in the place of the guilty.[13] Amazingly, because of this great act of love; believers are declared righteous and go directly to heaven when they die and enjoy that restored relationship with God that was lost when Adam and Eve rebelled against God.

This Christmas, let us think on the reason God came to earth as a man. Merry Christmas!