Our world is designed to support life

2. The earth’s orbit around the sun is nearly a perfect circle. If it were more elliptical, it would be too hot in the summer and too cold in the winter.

3. If the earth’s rotation about its axis was slower, the days would be unbearably hot and the nights unbearably cold. If the rotation was faster, the wind would blow so strongly that people would not be able to stand up.

4. The earth has a very unusually large moon and its gravitational pull causes the tides, which in turn, cleanse the ocean’s shores and put oxygen back into the water by moving it—thereby enabling it to support aquatic life.

5. The huge planet Jupiter, with its strong gravity, is in just the right position to pull many comets and meteors into it, averting them from crashing into the earth and killing much of its life. 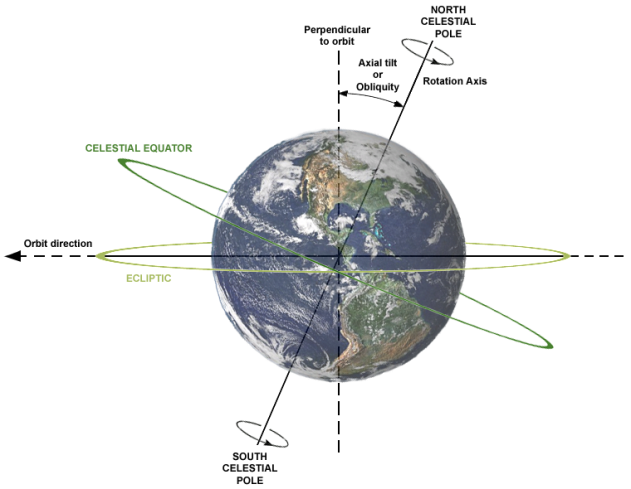 6. The earth is tilted on its axis of rotation at an angle of 23.5 degrees. This is important because the greater proportion of land mass is located in the northern hemisphere. Land absorbs more of the sun’s heat than the sea, so the earth is much warmer when the northern hemisphere is pointing towards the sun and this happens to be when the earth is farthest from the sun. This fact gives rise to the seasons and moderates the seasonal temperatures.

7. The earth’s unusually thin atmosphere is compatible with life. For example, our near neighbor, Venus, is smaller and yet it has an atmosphere 80 times that of the earth. As a result, its runaway greenhouse effect gives the planet an average surface temperature of 462ºC. 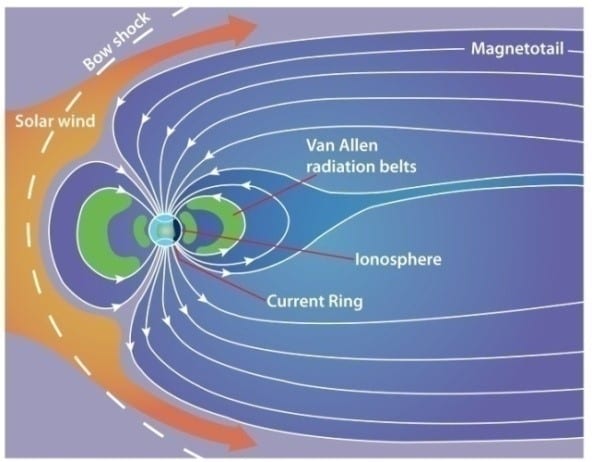 8. The earth has a very large and heavy magnetic core, giving it the highest density of any of the planets in the solar system. Our iron and nickel core produces a large magnetic field which protects us from lethal solar wind. Without such a huge magnetic field, life would not be able to exist.

9. The earth’s gravity is at just the right strength to enable its inhabitants to be able to move easily. As well, it is just right to hold the gases of nitrogen,[2] oxygen and carbon dioxide which are essential for life.

10. As the earth spins on its own axis, it has a tendency to wobble, owing to varying pulls from other bodies such as the sun. The unseen force of our unusually large moon’s gravity gently damps the wobble, preventing rotational instabilities which would have caused dramatic changes in earth’s climatic zones over time, thereby making it inhospitable to life.[3]

11. Our solar system is in just the right position in our galaxy (a spiral galaxy called the Milky Way), in what has become known as the Galactic Habitable Zone (GHZ). If our solar system was too far from the galactic center all of the elements necessary for life, would not be present. If it was too close to the center or, on one of the galaxy’s spiral arms, then x-ray and gamma radiation from neutron stars would destroy life. As well, the gravitational pull of nearby stars would affect the motion of the planets in our solar system. Our solar system sits at a comfortable halfway from the galactic center and between two of its spiral arms.[4] The image is an artist’s construction.

12. The physical constants of the Universe are amazingly finely tuned. The constants of the laws of physics, such as the speed of light; weak nuclear forces; the ratio of neutron mass to proton mass; the gravitational constant and thirty other physical constants are finely tuned to a very precise degree—such that if they were altered, even slightly, the universe would either be prevented from existing, would not have matter, or would be unsuitable for any form of life.[5]

13. The air we breathe consists of 21% oxygen and the rest is nitrogen plus a small amount of argon and carbon dioxide; just the right mixture to support life in association with the atmospheric pressure. More oxygen can be toxic, less and our bodies would not function properly. If carbon dioxide were not present, life would not exist.

14. The one substance without which life would be impossible, is liquid water; our world has it in abundance; 70% of the earth’s surface is covered by water. That is why people at NASA are desperately trying to find liquid water on some other heavenly body. If and when they do, they hope against hope that they will find some form of life, because they believe that life arose from a bunch of chemicals that organized themselves into self-replicating organisms and then you and me. What is driving this multi-million-dollar search? Simply this: if they can find life, that will support the argument that evolution is true and that there is no God; as a consequence, they will not be responsible to their Creator for how they have lived.

These conditions and others not mentioned because of space restriction, serve to make our earth absolutely unique for human life just as the Bible states.

The Pew Research Center for Religious & Public Life released a poll in 2009 measuring the religious beliefs of scientists:

These results are despite a minimum of three years of indoctrination in evolution and in an institute where belief in biblical creation can cost a scientist his or her job. Expelled no intelligence allowed, is a documentary that uncovers the persecution of educators and scientists who are being denied tenure, and even fired in some cases, for their belief in biblical creation.[6] A review of this documentary can be found here: http://creation.com/expelled-new-movie-exposes-persecution-of-anti-darwinists.

In this respect, Paul Davies, Professor of physics at Arizona State University, who is not a believer, makes this revealing remark about the earth and its position in the cosmos:

[2] Nitrogen is relatively non-reactive (inert) and it serves to dilute the oxygen content to 21%.

[6] This DVD can be purchased online from creation.com.