A straight forward reading of the Bible will give the age of the heavens and earth of about 6,000 years.[1] However, scientists tell us this is incorrect and that the whole cosmos came into being 13.8 billion years ago and that the earth is about 4.5 billion years old. What is correct?

First, science is all about conducting an experiment and obtaining a result and then repeating it. It cannot be applied to prove what has happened in the past because it is not possible to go back into the past.

Second, the evolution story requires very long ages to give it any credibility. And evolution is necessary to explain our existence without a creator God, so the motivation to uphold evolution with its associated long ages is extremely strong.

Third, there is an abundance of scientific measurements that give strong support to a young heaven and a young earth. To see some of this go to Articles and then to the Resources dropdown or click here: https://www.adefenceofthebible.com/2016/06/05/overwhelming-scientific-evidence-for-a-young-earth/.

Two of the main methods used to justify an old earth are radiometric dating, which will be the subject of a future blog and ice core dating, which we will discuss here. 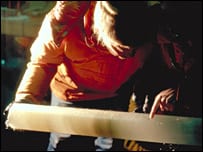 The process of dating ice begins by extracting a cylindrical sample, obtained by boring very deep into the ice. The layers in the cross-section of ice are then counted. This process is similar to tree ring dating, with each ring or layer assumed to represent one year. The layering of ice is brought about by seasonal snow falls, different crystal sizes of the ice, dust and acids from volcanic eruptions, etc. The measurement of layers is performed not only by observation, but also by measuring acid content and the relative amounts of the isotopes of oxygen 16 and 18. For the most recent 500 years, the layering is distinct, but in older samples, the weight of ice compresses the layers and causes them to intermingle and become less distinct. Consequently, attempts to count layers formed more than 500 years ago become vastly less accurate.[2] As well, storms can produce their own layer and there could be several of these per year.[3]

The joint European Ice Core Project (GRIP) of 1990–1992 took a 3,000-metre long core in segments, from the Greenland ice sheet. A report claims that layers equivalent to 110,000 years of ice history have been counted.[4] 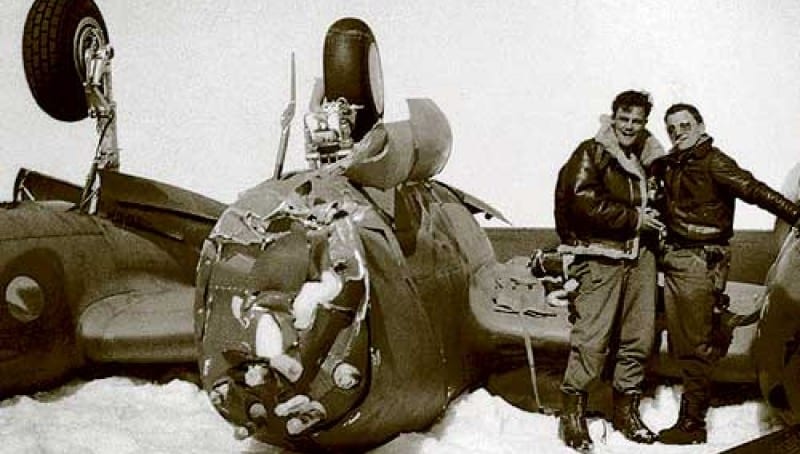 On July 15, 1942, six P38 Lightning fighter planes and two B17 Flying Fortress bombers were forced to land on a large glacier in Greenland. (see photo of Joseph Bradley McManus [left] and another Lost Squadron pilot pose with the P-38 that McManus flipped during the emergency landing in Greenland). Nine days later all crew were safely rescued by dogsled from their abandoned planes.

The war ended and as the years went by, warplanes became rare and increased in value significantly. As a consequence, efforts were made to locate these planes. This proved successful in 1988, with the help of a sophisticated form of radar and an Icelandic geophysicist. 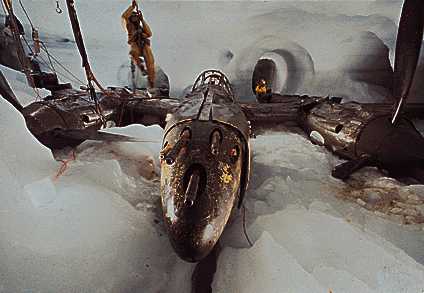 Instead of dusting a meter or so of snow off the planes, refueling, and flying them back to the US, the team was amazed to find that they were buried 78 meters below the surface of the glacier. After much effort using specially developed ice-melting equipment, they finally reached the planes. The pressure of the ice had crushed the B17s beyond repair; however, they managed to salvage one of the P38s.

Seventy eight meters of ice had accumulated over the planes in less than 50 years. The planes could not have melted the ice underneath them causing them to sink through the snow. If they had sunk, they would 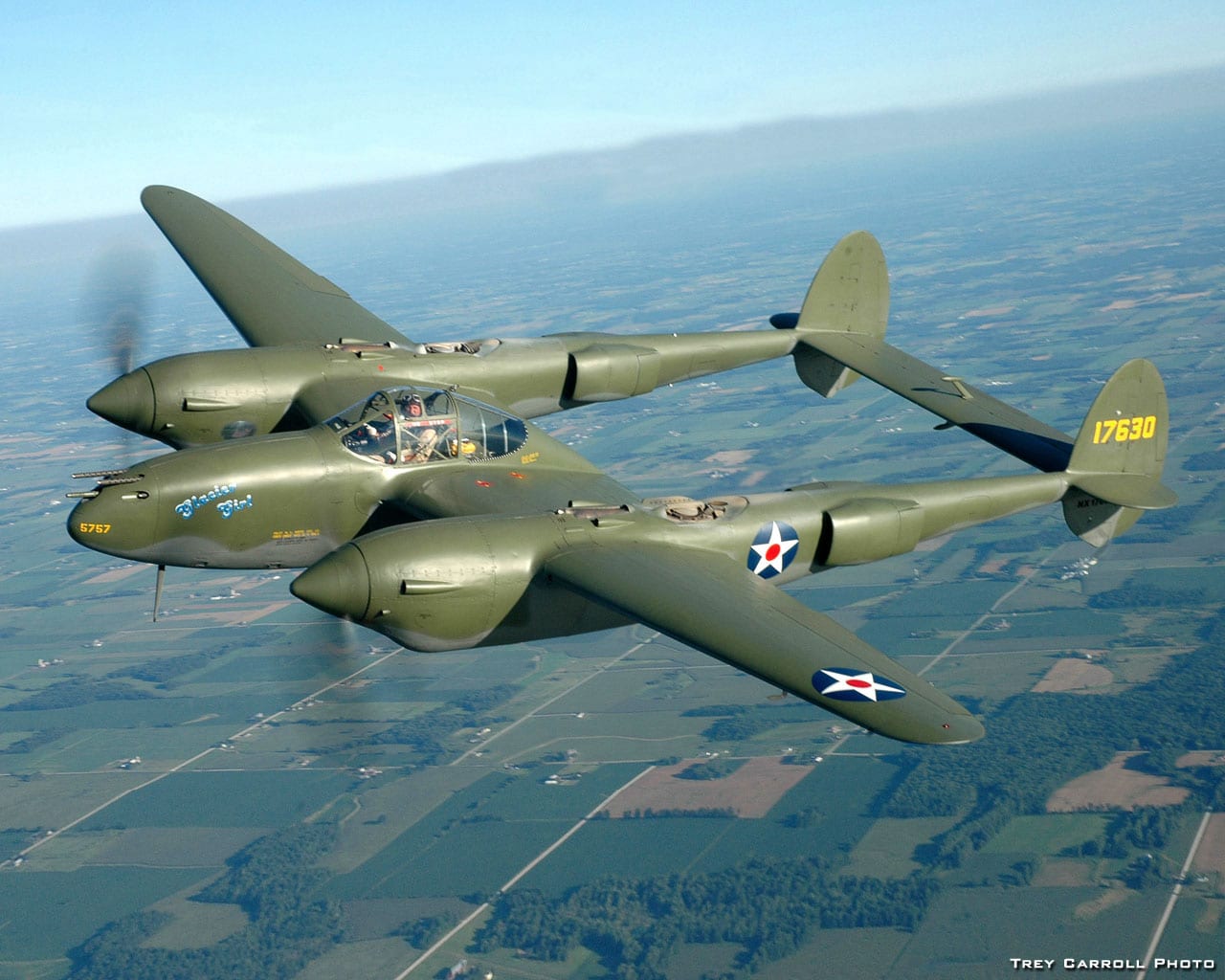 have gone down nose first.[5] The image below is of the fully restored plane which the owner named Glacier Girl.

By applying the ratio of 78 meters in 50 years, the 3,000 meters GRIP core gives a period of time of less than 2,000 years rather than the speculative 110,000 years stated earlier. This figure fits well within the biblical age of 6,000 years.

Academics and scientists in general are held in the strait jacket of evolution and its required millions of years and they know deviation from this could result in persecution and quite possibly the loss of their jobs. This may seem laughable in the enlightened twenty first century but Ben Stein’s movie; Expelled: No Intelligence Allowed exposes the truth of the situation as he interviews academics who have been ostracised/sacked for believing in Supernatural creation. So regardless of how convinced the scientists are regarding their dating method, nothing can beat a real situation to reveal the truth.