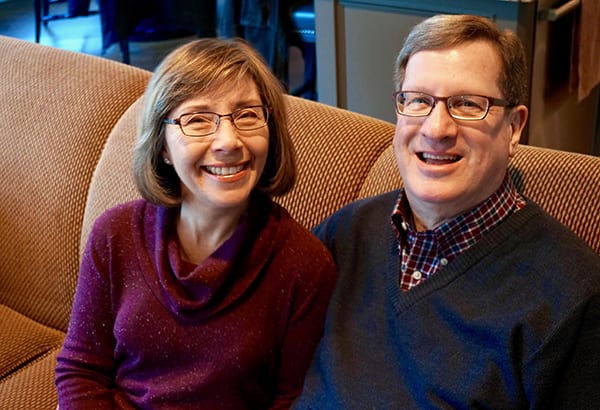 In the 1970s, Lee Strobel was a hard-line, arrogant and astute investigative journalist with a nose for a good story. He lived by the mantra, “The only way to truth is through facts,” and he applied this in his work for the well-respected Chicago Tribune a large circulation newspaper founded 1847.

Life was good for Lee, he had a committed wife, Leslie, a loveable daughter, another child on the way and a recent promotion to Legal Editor. However, his secure world started to come apart when his wife declared to him that she had became a Christian. Strobel puts it like this;

Leslie stunned me in the autumn of 1979 by announcing that she had become a Christian. I rolled my eyes and braced for the worst, feeling like a victim of a bait-and-switch scam. I had married one Leslie—the fun Leslie, the carefree Leslie, the risk-taking Leslie—and now I feared she was going to turn into some sort of sexually repressed prude who would trade our upwardly mobile lifestyle for all-night prayer vigils and volunteer work in grimy soup kitchens.[1]

For once the overtly atheist Strobel is left undone. So, he sets out on a mission to “save” his wife and children from what he perceives as brainwashing. He realised that Christianity is unlike other religions; it invites investigation. The apostle Paul urged the people in the Corinthian church to investigate the truth of Christ’s resurrection for themselves because many eye witnesses were still alive.[2] Historical issues can be investigated. Historical texts can be investigated. He then seeks to disprove Christianity and in particular, the resurrection of Jesus Christ. To use his words:

I plunged into this case with more vigour than with any story I have ever perused. I applied the training I had received from Yale Law School as well as my experience as legal affairs editor of the Chicago Tribune.1

During a two-year period, Strobel intensely and searchingly interviewed fourteen experts in the field of Christian apologetics expecting to find flaws in what they believe which he would use to bring this whole Christian thing down. An abbreviated version of his interviews follows:

Of course, all of these experts would say that Jesus of Nazareth was a historical figure and that He was/is the Messiah (Christ in Greek) and He really rose from the dead. But Strobel was after hard evidence and he grilled his interviewees intensely.

He wrote of his investigations in his book, The Case for Christ1 which became a Best Seller with over 8 million copies sold. Part of his summary follows:

I’ll will admit it: I was ambushed by the amount and quality of the evidence that Jesus is the unique Son of God. As I sat at my desk that Sunday afternoon, I shook my head in amazement. I had seen defendants carted off to the death chamber on much less convincing proof! The cumulative facts and data pointed unmistakably towards a conclusion that I wasn’t entirely comfortable in reaching (page 356).

The atheism I had embraced for so long buckled under the weight of historical truth. It was a stunning radical outcome, certainly not what I had anticipated when I embarked on this investigative process. But it was, in my opinion compelled by the facts (page 360).

So, on November 8, 1981, I talked with God in a heartfelt and unedited prayer, admitting and turning from my wrongdoing, and receiving the gift of forgiveness and eternal life through Jesus. I told him that with His help I wanted to follow him and his ways from here on (page 363).

Incidentally, he noticed a difference with his wife: I was presently surprised—even fascinated—by the fundamental changes in her character her integrity and her personal confidence.1

Just as with Josh McDowell[3] who was an ardent atheist as well, when a solid and vigorous investigation of the evidence which upholds Christianity is undertaken, only one conclusion can be reached; Jesus of Nazareth was/is the Christ (God in human form), He really walked this earth, died and rose from the dead. And that He paid the only price acceptable to the Father for the forgiveness of sins of humanity and that all who believe in Him and confess their sinful state will have eternal life.[4]  Both men became strong propagators of Christianity.

A film has been released base on Strobel’s story and will be available in DVD form later in 2017.