Previous Post
A Faithful Servant
Next Post
Evidence for the earth being at or close to, the centre of the universe

Two men following the beliefs of their religions 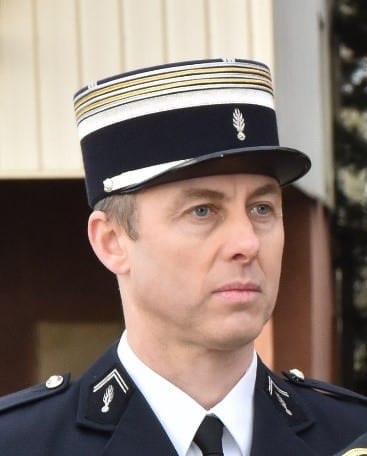 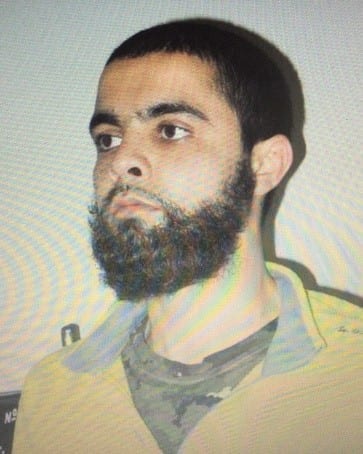 The incident occurred in a Super U supermarket in Thebes, southern France on March 23, 2018. Muslim terrorist Redouane Lakdim (pictured), took three people into hostage and was about to shoot them, when French police officer Lieutenant-Colonel Arnaud Beltrame (pictured) negotiated with the terrorist to allow him to take the place of a hostage lady. The terrorist agreed, Beltrame was shot dead along with the other two hostages and the lady lived.

Both Lakdim and Beltrame lived out their religious faith; Lakdim killed the infidel (non-Muslims) as his leader Muhammad prescribed and which is documented in their holy book, the Koran.[1] Beltrame, a strong Christian and practising Catholic, offered his life in order to save another as his leader Jesus Christ did and the Bible prescribes.[2]

Beltrame received a funeral with full military honours and was awarded the prestigious “Commander of the Legion d’Honneur” medal posthumously.

Islam is replacing Christianity in England 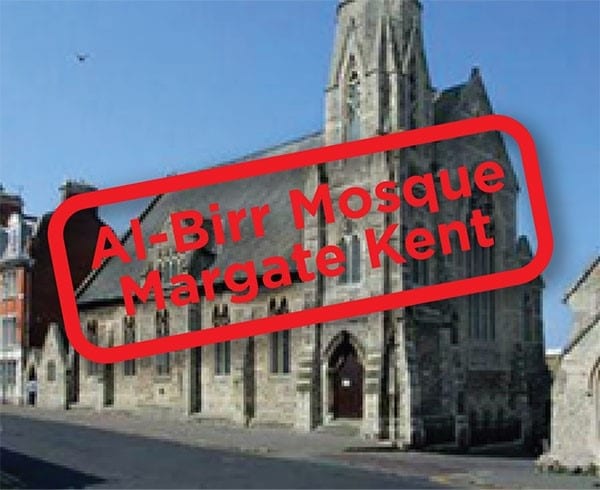 In the last 20 years, 500 UK churches closed while 423 mosques were built. This same pattern is being repeated right across Europe. As Christianity is being replaced by Islam, the stark differences between the two religions is starting to come into sharp focus. In fact, atheist Richard Dawkins (pictured below) who has spent much of his life denouncing Christianity and its followers with books such as The God Delusion, appears to be having second thoughts as he has warned against celebrating the demise of Christianity in Europe, noting that the “relatively benign” religion could be replaced with something worse. He wrote in a recent tweet:

Before we rejoice at the death throes of the relatively benign Christian religion, let’s not forget Hilaire Belloc’s menacing rhyme: ‘Always keep a-hold of nurse for fear of finding something worse.’

As well, he made the following point:

He was made aware of another difference between Christianity and Islam when his appearance in California at Berkeley’s KPFA Radio was cancelled because of his criticism of Islam. Dawkins responded with; I am known as a frequent critic of Christianity and have never been de-platformed for that. Why do you give Islam a free pass? Why is it fine to criticise Christianity and not Islam?

Richard Dawkins is not the only atheist and Christian critic who is seeming to have a change of heart, Jonathon Van Maren[4] reports that atheist Bill Maher who made an entire documentary that mocked Christianity has now been accused of “Islamophobia.” As Van Maren commented; It is strange to watch Maher defend Christianity on TV and enjoyable to see the somewhat bewildered expressions on the faces of his interviewers.

Famous atheist, Ayaan Hirsi Ali, suggested that since Islam is so bad, Christians should start to proselytise Muslims. In an interview, Mark Steyn commented that atheist Ali was sounding more like a muscular Christian than the Archbishop of Canterbury. British philosopher Sir Roger Scruton stated; The Judeo-Christian tradition, is the fundamental foundation—without it, you don’t have a Western civilisation. He himself has been creeping back, inch by inch, toward faith, and even urges young people to return to church.

Popular psychologist Dr Jordan Peterson, who has not decided whether he believes the resurrection of Jesus Christ, is nevertheless firm in his belief that Christianity contains fundamental truths that our culture cannot survive without.

Douglas Murray, the author of The Strange Death of Europe: Immigration, Identity, Islam, spoke of Christianity as a positive thing and although he remains an atheist, has taken to calling himself a Christian atheist.

Van Maren concluded his article with: While post Christian churches apologise loudly for the sins of Christendom, many prominent unbelievers are pointing to the value of Christianity and some are even advocating for a re-consideration of a faith in a society that has largely chosen to abandon it. One thing is for certain: When even some atheists and agnostics are warning that we abandon Christianity at our peril, we should be paying close attention.

The decline of the Anglican Church in Britain is due to the fact that its leaders do not uphold and follow the Bible. A clear litmus test is the practise of homosexuality. The church is tearing itself apart debating whether practising homosexuals should become ordained clergy.[5] God clearly condemns the practise of homosexuality in both the Old and New Testaments[6] and He even goes as far as calling it an abomination.[7] As well, the church issued a formal apology to Charles Darwin for ever doubting him, thereby rejecting the first eleven chapters of the book of Genesis, see my six blogs; Why Evolution is Impossible on this site. This decline is not due to the fact that it is the Anglican church because the Anglican Diocese of Sydney, Australia, which consist of hundreds of local churches, has been growing. For the period of 2001 to 2006 it experienced a compound annual growth of 1.4%.[8] So, what is different about this diocese? It believes and preaches the whole Bible. During the November vote on Same Sex Marriage, it directed many of its resources behind the No vote. On the other hand, The Uniting Church in Australia which actively supported the Yes vote, survey data reveals it has currently only 2078 church locations across Australia, a decrease of 31 per cent since 1990, and a weekly worship attendance of 97 200 (including 12 500 children), has suffered a decline of 40 per cent.[9]

Compare the Southern Baptists of the US who teach and believe the whole of the Bible, average church attendance has not declined over recent years.[10]

And as for Richard Dawkins being de-platformed, as he calls it. The progressive left has declared Islam to be politically correct, along with homosexuality, feminism and man-made global warming, and they will attack anyone who criticises these cherished ideals. The political left controls most of the free-to-air media in the West and they completely control almost all universities, hence that action taken on Dawkins.

[1] Koran 8:12: God revealed His will to the angels, saying: ‘I shall be with you. Give courage to the believers. I shall cast terror into the hearts of the infidels [non-Muslims]. Strike off their heads, strike off the very tips of their fingers!’

Koran 9:123: Believers, make war on the infidels who dwell around you. Deal firmly with them. Know that God is with the righteous. There are many other verses.