Was Jesus of Nazareth God? 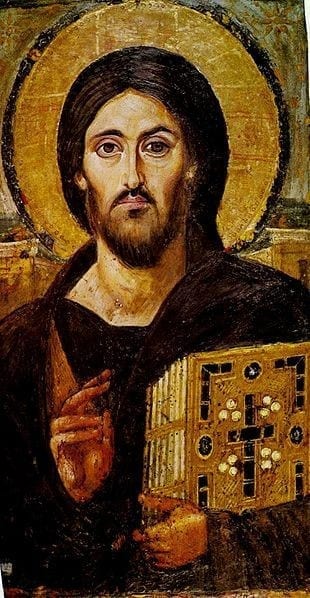 What does the Bible say?

The only book that can answer this question is the Bible, not church history, or founding fathers, or other ancient documents, but the Bible because it is God’s word to us. The writers of the Bible were God inspired (God breathed), although each wrote in his own style. Each got his information in his own way; Moses and the writers of Samuel, Kings, Chronicles etc, recorded the events that happened, the prophets wrote what God had told them, some like Luke, did their own research and some used a mixture of all three. But in each case, it was God who oversaw what was written. So, only the Bible can answer this question.

The very first chapter of the first book, makes clear the plurality of the Godhead. Genesis 1, verse, 26;

Then God said, “Let us make man in our image, in our likeness,…

In fact, Genesis chapter one uses the Hebrew plural Elohim for God. Throughout the Old Testament, God is spoken of 250 time as El (singular) and 2,500 times as Elohim (plural).

The apostle John makes clear that one of the members of the Godhead is Jesus:

Here, we are told that a Person described by the Word (Greek logos, Hebrew memra) was both with God and was himself God. Verse 3 tells us that this Person, the Word, was the One by whom all things were created.

John, in verse 14, then identifies the Word as being Jesus:

The Word became flesh and made his dwelling among us. We have seen his glory, the glory of the One and Only, who came from the Father, full of grace and truth.

The writer of Hebrews (1:2-3) links the creator of the universe to the Son of God:

…. but in these last days he has spoken to us by his Son, whom he appointed heir of all things and through whom he made the universe. The Son is the radiance of God’s glory and the exact representation of his being, sustaining all things by his powerful word.

But these are written that you may believe that Jesus is the Christ (Messiah), the Son of God (meaning equal with God) and that by believing you may have life in his name.

The Son has all the attributes of deity

15 The Son is the image of the invisible God, the firstborn[1] over all creation. 16 For in him all things were created: things in heaven and on earth, visible and invisible, whether thrones or powers or rulers or authorities; all things have been created through him and for him. 17 He is before all things, and in him all things hold together. 18 And he is the head of the body, the church; he is the beginning and the firstborn from among the dead, so that in everything he might have the supremacy.19 For God was pleased to have all his fullness dwell in him, 20 and through him to reconcile to himself all things, whether things on earth or things in heaven, by making peace through his blood, shed on the cross.

1 Have this mind among yourselves, which is yours in Christ Jesus, 6 who, though he was in the form of God, did not count equality with God a thing to be grasped, 7 but emptied himself, by taking the form of a servant, being born in the likeness of men. 8 And being found in human form, he humbled himself by becoming obedient to the point of death, even death on a cross. 9 Therefore God has highly exalted him and bestowed on him the name that is above every name, 10 so that at the name of Jesus every knee should bow, in heaven and on earth and under the earth, 11 and every tongue confess that Jesus Christ is Lord, to the glory of God the Father.

The Son is the radiance of God’s glory and the exact representation of his being, sustaining all things by his powerful word. After he had provided purification for sins, he sat down at the right hand of the Majesty in heaven.

Jesus answered: “Don’t you know me, Philip, even after I have been among you such a long time? Anyone who has seen me has seen the Father. How can you say, ‘Show us the Father’?  Don’t you believe that I am in the Father, and that the Father is in me? The words I say to you I do not speak on my own authority. Rather, it is the Father, living in me, who is doing his work.

To summarise, these verses tell us that Jesus is the creator, He upholds and sustains of all things. He is the exact representation of God, in fact He is God the Son.

The instant Adam and Eve defied God’s direction not to eat the fruit from the Tree of Knowledge of Good and Evil, the bond between God and mankind was broken. God promised to re-establish that bond of love in the form of the seed of the woman (Genesis 3:15) As scripture proceeded, the nature of this man became clearer.

Therefore, the Lord himself will give you a sign: The virgin[2] shall be with child and will give birth to a son and will call him Immanuel. (Immanuel means, God with us).

For to us a child is born, to us a son is given, and the government will be on his shoulders. And he will be called Wonderful Counselor, Mighty God, Everlasting Father, Prince of Peace.

Of the greatness of his government and peace there will be no end. He will reign on David’s throne and over his kingdom, establishing and upholding it with justice and righteousness from that time on and forever. The zeal of the Lord Almighty will accomplish this.

Isaiah tells us that this child is actually God. And of course, he would have to be, to be able to die in our place as a payment for our sins, He would have had to have lived a life free from sin. Only God could have done this.

There is no doubt that the man known as Jesus of Nazareth who walked this earth for three- and one-half years was/is God. In fact, the whole Bible is built around Jesus. He is the Great Creator mentioned in Genesis chapter one, the Lamb of God Who takes away the sin of the world and the righteous judge of Revelation with the words King of Kings and Lord of Lords written on His robe and thigh. He is God the Son, the Second Person of the trinity.

The cults who deny Him are merely being used as tools of Satan. They have and are leading millions of people to suffer in a Christless eternity and their leaders will be subjected to the righteous wrath of the Lord God Almighty and thrown into the lake of fire as per Revelation 20:11-15.

[1] The Jehovah Witnesses make a lot of this word, “firstborn” saying that it means Jesus was a created being. But the term means pre-eminence in rank, not priority in time. Paul goes on to expand on this term that; by him all things were created.

[2] Many liberal Christians argue that the Hebrew word almah which is translated as virgin actually means young woman. However, when the Jewish people translated the Old Testament into Greek` in the mid third century BC to produce the Septuagint, they translated almah as parthenos, a Greek word which unequivalently means virgin.