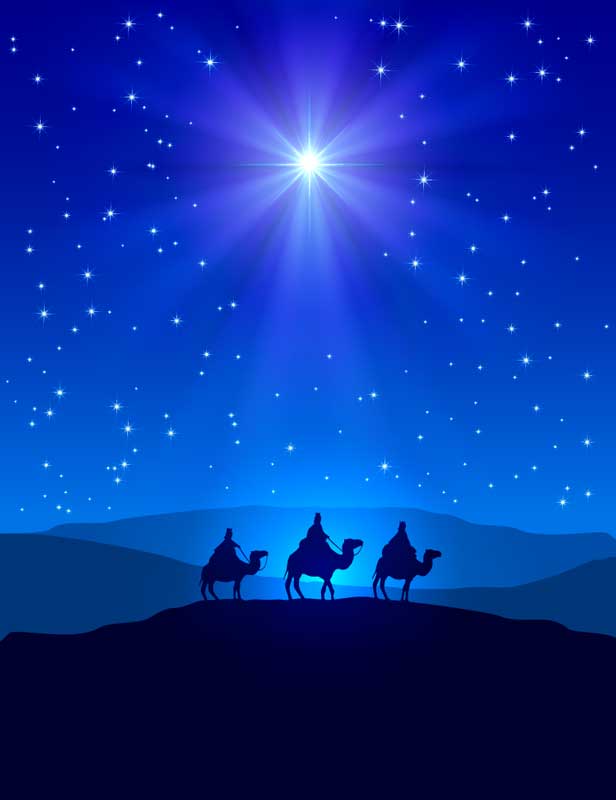 Of the four gospels, only Matthew (2:1-12) relates the account of the “The Three Wise Men.” Whereas, only Luke (2:8-20) tells about the visit of the shepherds to the baby Jesus.

It is commonly believed that Mark wrote first and that both Matthew and Luke used his document as a template as Matthew contains 91% of what Mark wrote and Luke contains 53%. There is another view that there was an original document that the three writers based their books on, but this is unlikely because each writer was inspired by the Holy Spirit (2 Timothy 3:16). It is hard to imagine that the God of the universe would have allowed this book to disappear.

After Jesus was born in Bethlehem in Judea, during the time of King Herod, Magi from the east came to Jerusalem 2 and asked, “Where is the one who has been born king of the Jews? We saw his star when it rose and have come to worship him.”

3 When King Herod heard this he was disturbed, and all Jerusalem with him. 4 When he had called together all the people’s chief priests and teachers of the law, he asked them where the Messiah was to be born. 5 “In Bethlehem in Judea,” they replied, “for this is what the prophet has written:

6 “‘But you, Bethlehem, in the land of Judah,
are by no means least among the rulers of Judah;
for out of you will come a ruler
who will shepherd my people Israel.’”

7 Then Herod called the Magi secretly and found out from them the exact time the star had appeared. 8 He sent them to Bethlehem and said, “Go and search carefully for the child. As soon as you find him, report to me, so that I too may go and worship him.”

9 After they had heard the king, they went on their way, and the star they had seen when it rose went ahead of them until it stopped over the place where the child was. 10 When they saw the star, they were overjoyed. 11 On coming to the house, they saw the child with his mother Mary, and they bowed down and worshiped him. Then they opened their treasures and presented him with gifts of gold, frankincense and myrrh. 12 And having been warned in a dream not to go back to Herod, they returned to their country by another route.

The term Matthew uses to describe them is the Greek word, Magi. These men were originally a religious caste among the Persians. Their devotion to astrology, divination, and the interpretation of dreams led to an extension to the meaning of the word and by the first century BC, the terms Magi was applied generally to fortune tellers and the exponents of esoteric religious cults throughout the Mediterranean world.[1]

They told Herod that they had seen his star and they followed it. One of the methods of divination was astrology, in which future events were foreshadowed by the movement of stars. Their method tapped into a very old sophisticated literary tradition based in Babylon. Because Jews had been in Babylon since their exile from Judea in 586 BC and only a small percentage return to rebuild Jerusalem and the temple, it is possible that the Magi were familiar with the Jewish writings which foretold of a future deliverer.[2] Particularly Daniel who foretold of  the coming Anointed One (Messiah)[3],  had spent most of his life in Babylon and was quite close to its kings.

How many men were there?

The designation, Three Wise Men, does not come from scripture, and seems to have been introduced during the middle ages. The fact that they gave three gifts has led people to believe that there were three of them. It seems to be a reasonable assumption; if there were two, then one would have given two gifts or both gave the three gifts. If there were four, then one man did not give a gift or, all four gave some of the three gifts. So three is most likely correct.

What was the guiding star?

Much ink has been spent on explaining the nature of the star which the Magi followed. Logically, it must have risen in the east and moved westward for the men from the east to follow it to Bethlehem. However, its movement does not fit any known natural phenomenon like a comet, supernova, conjunction of planets, or a bright star of any kind. We can safely conclude that it was created by God for a purpose, just like God speaking everything into existence as explained in Genesis chapter one, or the fish that swallowed Jonah (Jonah 2:1), or God bringing the animals to board the Ark (Genesis 6:20), or Jesus feeding the 5,000 from five loaves and two small fish (Matthew 14:13-21). It was a miracle and we do not need to attempt to explain it.

When did they arrive?

The only clues we have regarding the time of their arrival are two lots of two words used. The shepherds arrived soon after Jesus was born and He is referred to as a baby (Luke 2:12 and 16). However, when the Maji arrived, Jesus is referred to as a child (Matthew 2:9 and 11). The Greek word used for child is paidion and means infant, not baby.[4] So some time had passed since the shepherds arrived.

Another change that took place is that Jesus was born in a stable. This is inferred from the fact that Mary laid her first born in a manger, an animal feeding trough. Now when the Magi came to worship Jesus and give Him gifts, the family is living in a house. Another clue to the time of their arrival is that king Herod wanted to kill this “King of the Jews” so he ordered all males below two years old, who lived in Bethlehem, to be killed. We can assume that Herod would have set the age of the boys to be killed quite high to assure that the Holy Child was not missed. With these snippets of information, an approximation for the arrival of the Maji would probably have been about twelve months after Jesus was born.

What brought about the change of residence from a stable to a house and why are they still living in Bethlehem when their home town was Nazareth? A logical answer is that the shepherds changed everything because they told everybody of the miraculous events that took place the night Jesus was born and the townsfolk appreciated Joseph and Mary and their Holy Baby.

17 When they had seen him, they spread the word concerning what had been told them about this child, 18 and all who heard it were amazed at what the shepherds said to them.

The significance of the gifts

Gold was a designated gift for a king and it proclaimed Jesus’ kingship. Also, it provided the finance necessary for the family’s escape to Egypt to avoid Herod’s murderous order.

Frankincense, The English word frankincense comes from a French expression meaning “free incense.”[5] It is the white resin from the Boswellia tree and it was highly valued for its fragrance when burnt. It was commanded by God to be burnt in the temple in most cases with the sacrifice.[6] This clearly represents Christ’s Great High Priesthood.[7] 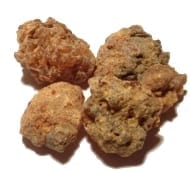 Myrrh, a yellow to reddish-brown gum obtained from a number of small thorny trees, was traditionally used for embalming a body. John states that Nicodemus and Joseph of Arimathea brought a 34-kilogram mixture of myrrh and aloes to wrap Jesus’ body.[8] The Myrrh points to the fact that He was born to die.

No event recorded in the Bible came about by chance; everything happened for a purpose at God’s command. The visit of the Magi to the Christ Child is no exception.