The Oxford Dictionary defines time as; Indefinite continuous duration dimension in which sequence of events takes place. We are bound by time, not only in our modern world but the ancient world as well. Egyptian farmers looked to the rise of the star Sirius to know that the Nile would soon be flooding.

The Divisions of Time 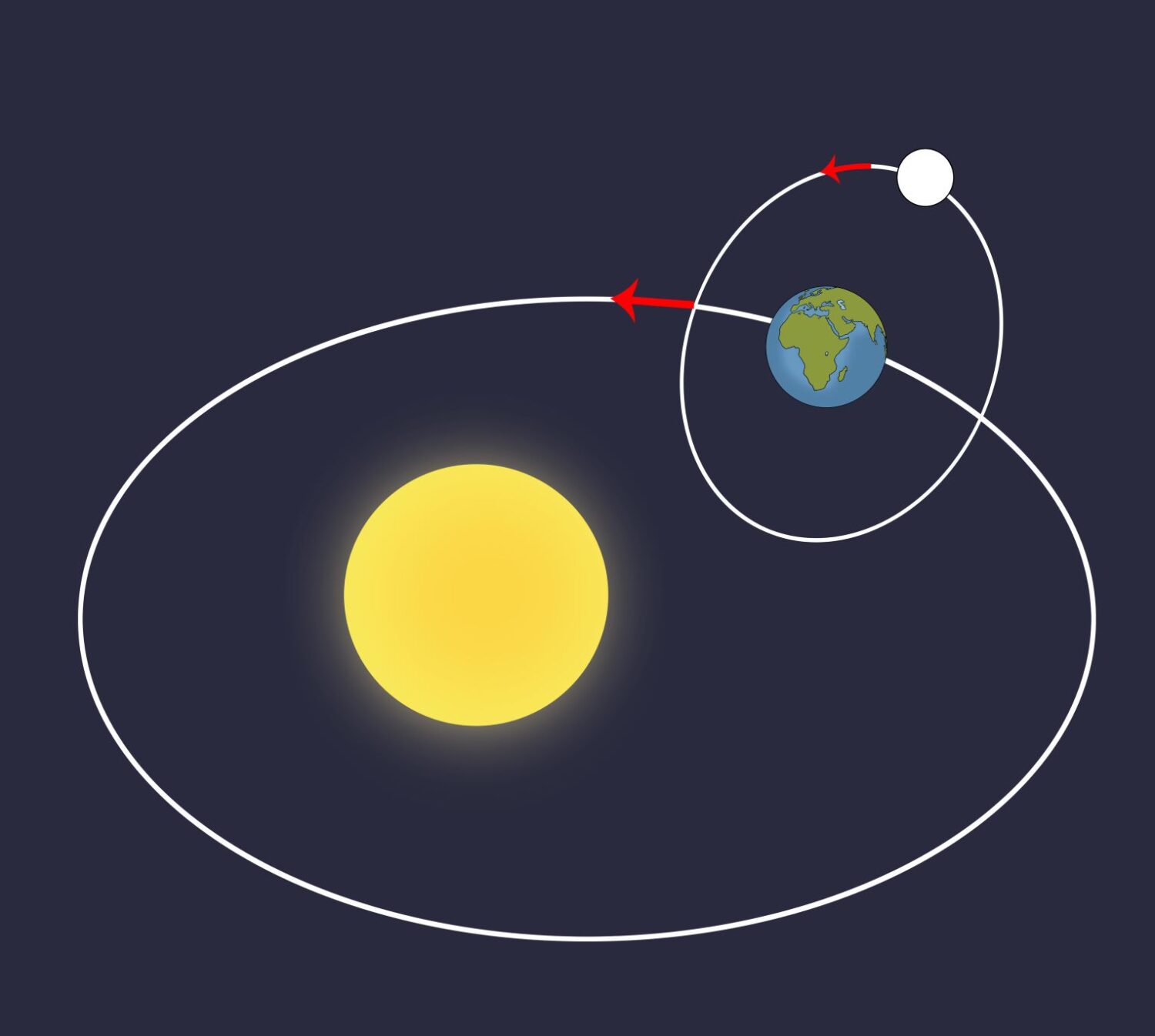 A year is defined as the time the earth takes to make one orbit of the sun. This has been calculated or measured to be 365.242199 days. The addition of one day every four years to the 365-day year gives an average of 365.25 days per year, which is close to the actual number.

A month is the length of time the moon takes to complete a rotation of the earth. The Moon’s synodic period, that is the time it takes the Moon to return to the same position relative to the Sun, is 29.531 days. Normally, there are 12 full moons in the course of a year, with an extra one every 3 years or so.

A day is the time the earth takes to make one rotation on its vertical axis. Whatever that time is, it is called a day.

Further, the orbit of the moon about the earth is not linked to the earth’s orbit of the sun. Consequently, Passover and Easter, which are based on the moon’s orbit do not occur at the same time each year.[1]

While the times of the day, month and year are fixed by the movements of the earth and moon, our seven-day week is not, it came directly from the Bible. Genesis chapter one, tells us that in six days God created the heavens, the earth and all life and on the seventh day He rested. It is a pattern He requires us to follow and He emphasised this pattern when the Israelites were wandering in the desert for 40 years. They were to collect manna for one day only, if they collected more, it would spoil. However, they were told to collect double on the sixth day so they did not need to collect it (work) on the seventh day. This extra amount did not spoil. Exodus 20:9-10, gives the fourth of the Ten Commandments:

Six days you shall labor and do all your work, but the seventh day is a Sabbath to the LORD your God. On it you shall not do any work….

The Hebrews would have taken this pattern to Babylon when they went into exile, and the Babylonians picked it up. From there, it spread throughout the world. Josephus, the Jewish historian wrote in his book,  Antiquity of the Jews, Against Apion, Book II:

The masses have long since shown a keen desire to adopt our religious observances; and there is not one city, Greek or Barbarian, nor a single nation, to which our custom of abstaining from work on the seventh day has not spread.[2]

It is known that the human body maintains its own biological clock. It has a “circadian rhythm” internal 24 hours that drives the increase and the reduction of many biomolecules. Jeremy Campbell says in his book; Winston Churchill’s Afternoon Nap[3], “The circaseptan (a seven-day cycle) rhythm is one of the big surprises that emerged in modern Chronobiology. Some years ago, few scientists would have expected that biological cycles of seven days would become so widespread and established.

Alain E. Reinberg, et al[4] make the point in their paper, that seven-day biological rhymes are ubiquitous in all life. They state in the abstract of their article on Seven-day human biological rhythms:

Seven-day biological rhythms are displayed at various levels of organization in diverse species – from the unicellular sea algae of Acetabularia and Goniaulax to plants, insects, fish, birds and mammals, including man – under natural as well as artificial, i.e. constant, environmental conditions.

Franz Halberg (1919-2013) was known as the Father of Time for the extensive work he did in the field of time cycles in the human body now known as chronobiology, which he founded. During his career, he published 3,500 papers and received six honary doctorates from different universities. His work on the circadian and circaseptan cycles has provided beneficial information for the most effective timing for radiotherapy and the delivery of drugs.[5]

Joel Gascoigne decided to change his regular routine of six days work and one day rest. He soon learned that it does not work and he came back to his normal routine. You can read his account here: https://buffer.com/resources/7-day-work-week-experiment-wisdom-day-rest. 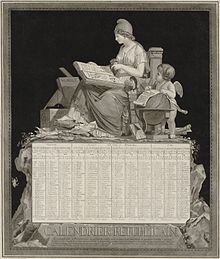 A year before the French Revolution, the notorious atheist Sylvain Maréchal designed his own calendar eliminating the saint days of the Roman Catholic year and replacing Christmas with Newton’s December 25th birthday. Maréchal proudly declaring that “The calendar… must not resemble in any respect the official annuals of the apostolic and Roman church.” From this, a far more radical calendar was established by the National Assembly in 1792. It still had twelve months, but each month comprised three weeks of ten days each giving a year of 360 days. The remaining five or six days at the end of the year constituting holidays called “Sansculottides,” in honor of the revolutionary working class.[6] It was designed not only to remove religion from the calendar but to decimalise it as well.

It was abolished on January 1st, in 1806, by an at-least nominally Christian, Napoleon Bonaparte, because it put France out of step with surrounding nations, labourers did not like the ten-day week even though they were given other holidays which amounted to 54 days per year compared with the previous 52 or 53 and finally the church and the people also, wanted Sunday off for worship.

The image is of the French Republican Calendar of 1794, Credit Wikimedia commons. 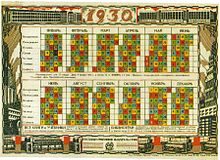 In 1929, the Soviet Union created a new calendar, known as the Soviet Eternal Calendar with a five-day week consisting of four days of work and one day off. However, the day off was not the same for everyone. So that factories could run continuously, workers would take staggered days off. Each individual was assigned a color (yellow, pink, red, purple, or green), which corresponded with which of the five days of the week they would take off.

The image is of a Soviet calendar of 1930. The coloured five-day work week. Days grouped into seven-day weeks. One national holiday in black, four with white numbers. Image credit: Wikimedia commons.

Unfortunately, this did not increase productivity. In part because it ruined family life since many family members would have different days off from work. Also, the machines could not handle constant use and would often break down.

In December 1931, the Soviets switched to a six-day week in which everyone received the same day off. Although this helped rid the country of the religious Sunday concept and allowed families to spend time together on their day off, it did not increase efficiency.

In 1940, the Soviets restored the seven-day week.

The length of time for a year, month and day are set by the rotation and orbits of the earth and moon, the seven-day week with its six days of work and one day of rest was established by the Creator Himself. And to this end, it is hard wired into humans and apparently all life as well. Consequently, attempts to change it have failed.

[1] See my blog for the reason why Easter is not at the same time as Passover. https://www.adefenceofthebible.com/2017/03/31/why-are-not-passover-and-easter-at-the-same-time. [2] Herold Weiss, The Sabbaths in the Writings of Josephus, Journal for the Study of Judaism in the Persian, Hellenistic, and Roman Period Volume. 29, No. 4 (1998), pp. 363-390. [3] Jeremy Campbell, Winston Churchill’s Afternoon Nap, Simon & Schuster, 1988, page 110. [4] Alain E. Reinberg,Laurence Dejardin,Michael H. Smolensky &Yvan, Seven-day human biological rhythms: An expedition in search of their origin, synchronization, functional advantage, adaptive value and clinical relevance, Chronobiology International, Volume 34, 2017. [5] https://pubmed.ncbi.nlm.nih.gov/14641812. [6] https://en.wikipedia.org/wiki/French_Republican_calendar.