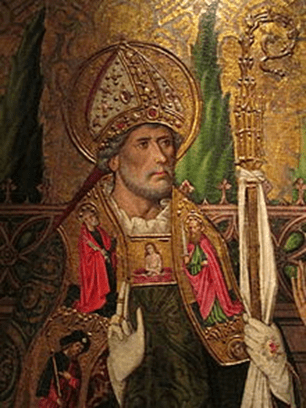 Aurelius Augustine (354-430) or simply Augustine, was also known as Augustine of Hippo, or Saint Augustine, has been described as the greatest theologian of the Western Church, who rooted his thoughts in scripture.[1] The greatest father of the western church.[2] One of the most influential figures in the entire history of Christianity,[3] he is acclaimed as being the greatest of the fathers of the church by both Protestantism and Roman Catholicism. He left over one hundred books, five hundred sermons and two hundred letters[4]. Most of which are available today. But his early years were quite different to the later ones that made him the revered Christian apologist he is remembered for today.

Augustine was born in the North African town of Thagaste (now Souk-Ahras, Algeria) in AD 354. His father, Patricius, was a minor Roman official who followed the traditional pagan religion of Rome, and his mother, Monica, was a devout Christian who prayed constantly for her son’s salvation. Latin was the language spoken and Augustine was educated in Latin, a language he loved. Also, he learnt some Greek, but very little Hebrew. Although his mother urged him to become a Christian, Augustine preferred to live a life of pleasure. At the age of seventeen he began a fifteen-year affair with a woman, who gave birth to his son in 372.

The painting of Saint Augustine (1458) is by Tomás Giner, and it is how he thought  Augustine may have looked.

Augustine was educated in Thagaste, and then, from the age of eleven in Madauros (modern Mdaurouch). When he was fifteen, his parents sent him to the university 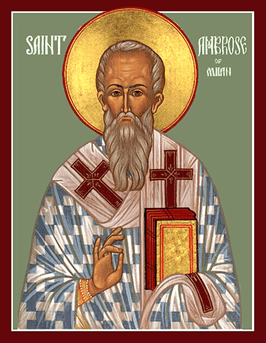 at Carthage where he joined the Manichees, a gnostic sect which offered an escape from the realm of matter to the pure realm of the spirit. He was a member for nine years and converted many friends but became disillusioned by the narrow superstition and hypocrisy he encountered. He then read Cicero’s[5] Hortensius, which introduced him to philosophy and the value of truth. In 383, Augustine sailed for Rome where he took the position of professor in the imperial court of Milan. Here, he came under the influence of Bishop Ambrose (339-397), a powerful preacher who helped him read the Bible with understanding. Monica joined her son in Milan.

In the summer of 386, Augustine was wrestling with conflicting ideas in a garden, when he heard a child’s voice chanting ‘Tolle lege’ (‘pick up and read’), he opened his Bible at random and read in Paul’s letter to the Romans, Not in revelling drunkenness, nor debauchery and licentiousness, not in quarrelling and jealousy but put on the Lord Jesus Christ and make no provision for the flesh, to satisfy its desires (Romans 13:13). Augustine was baptised along with his son Adeodatus, by bishop Ambrose. From this point on wards, Augustine accepted a life of discipline and self-denial.

After his son’s early death, Augustine visited the church at Hippo in north Africa and became its bishop in 396.  Here, he commenced his career of writing. Early on he tackled the twin issues of free will and the origin of evil. He did this by insisting that there is only one God who is infinitely good, and He has given us free will and consequently, we are free to make our own decisions and such free will can produce evil. So, the origin of evil is to be found in the bad decisions made by both human and angelic wills. Angelic will, produced demons who are fallen angels. Thus, Augustine was able to affirm both the reality of evil and the creation of all things by a good God.

Also, he dealt with one of the issues raised by the Donatists; are ordinations valid when conferred by unworthy bishops? To this, Augustine responded that the validity of any church rite does not depend on the moral virtue of the person administering it. If it were so, Christians would live in constant doubt as to the validity of their baptism.

In addressing the Donatists, Augustine developed his Just War Theory. For a war to be just conditions must be fulfilled. The first is that the purpose of the war must be just; a war is never just when its purpose is to satisfy territorial ambitions, or merely an exercise of power. Secondly, the war must be waged by a properly instituted authority, no personal vendettas. The third rule and the one most important to Augustine, is that even in the midst of violence, the motive of love must be central.

The Pelaguis, claimed that each of us comes into the world with the freedom to sin or not to sin and there is no such thing as original sin. Further, children have no sin until they, out of their own free will decide to sin. Augustine countered with his teaching that as long as we are under sin’s sway, we have no power not to sin. When we are redeemed, the grace of God leading our will from the miserable state to a new state where we have the choice to sin or not. Once we are in heaven, we will still have free choice, but none of them will be to sin. Further, grace is irresistible, and God gives it to those who have been predestined to it.

Augustine spent 35 years as bishop of Hippo and during this time his output of literature was prolific. Of his one hundred books, a few stand out. 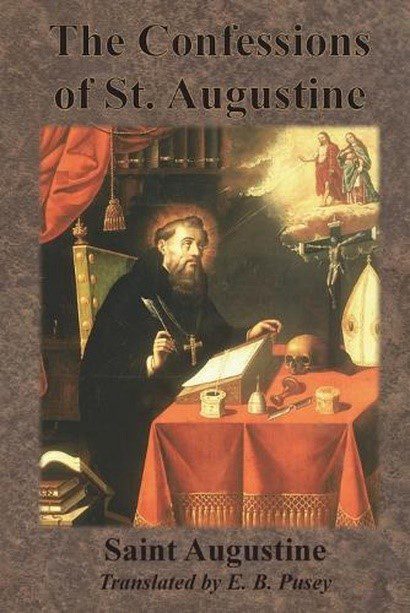 His De Doctrina Christiana is the most important of his exegetical works. It is a small manual dealing with his views on Hermeneutics or the science of interpretation. 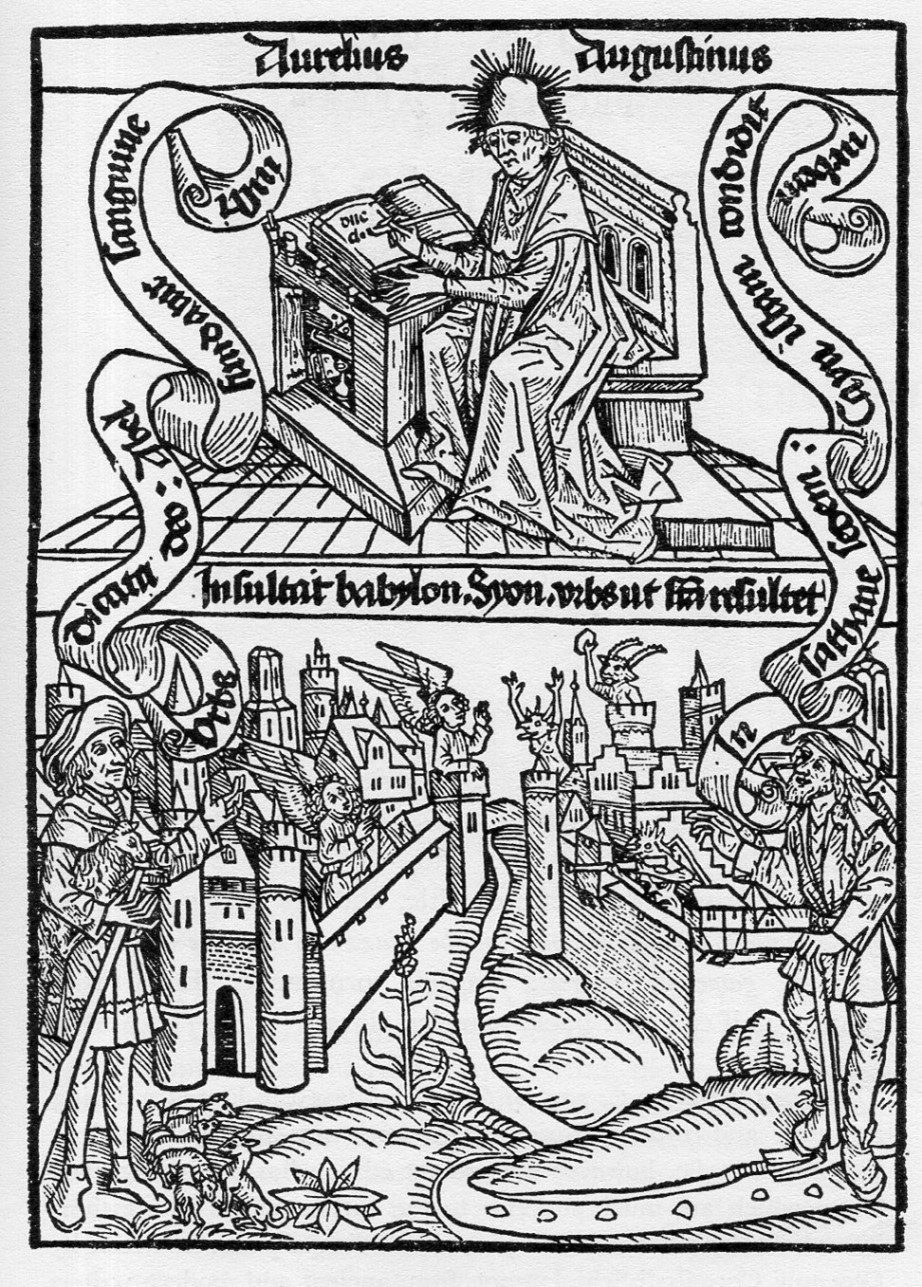 His greatest apologetic work, and in the mind of many, his greatest work, is the treatise De Civitate Dei, popularly known as The City of God, which he wrote following the fall of Rome in 410. In it, he contrasts two worlds: The City of God is built on the love of God, while the Earthly City is built on the love of self. In human history, these two cities always appear mingled with each other. But despite this, there is between the two of them an irreconcilable opposition, a fight to the death. In the end only the City of God will remain. Meanwhile, human history is filled with kingdoms and nations, all built on love of self, which are no more than passing expressions of the Earthly City. All these kingdoms, no matter how powerful, will wither and pass away, until the end of time, when only the City of God will remain standing.[6]

The image shown, is from a woodcut in a 1489 edition of Augustine’s City of God which depicts him writing the book and shows the contrast between the two cities. Note the devil in the earthly city mocking the angels in the heavenly city.

In the A Harmony of the Evangelists, he lays down principles for dealing with the differences among the Synoptic Gospels. On Christian Doctrine, he gives guidelines for interpreting scripture. He wrote many biblical commentaries, including the very important Tractates on John’s Gospel and Homilies on the Psalms.

During Augustine’s lifetime, the books which comprise the Bible were settled. Even though the writings (letters and books) were held up as inspired scripture and circulated among the churches from the time of the apostles, it was not until AD 367 that the Bishop of Alexandria, Athanasius, compiled the first canon of scripture. He did this in his Easter Letter in an effort to protect his flock from the heretical writings circulating at the time. This contained the 27 books of the New Testament. His compilation was confirmed by the councils at Hippo in 393 and at Carthage in 397.

The books of the New Testament were finalised, and Augustine’s voluminous writings gave Christian doctrine a firm foundation at a time when heretics abounded, and false doctrines could have spread more than they did. Even today we have the Jehovah Witnesses, the Mormons and the Christadelphians all rejecting the deity of Christ.

Despite Augustine being a powerhouse of biblical orthodoxy, he did bring some errors into the stream of Christian thought. His ideas helped in the development of the doctrine of purgatory which is unscriptural but has been used by the Roman Catholic church to extract money from people particularly by Pope Gregory I (540-604). As well, he upheld the doctrine of baptismal regeneration, which is, baptism is necessary for salvation. These two ideas among others, made him a favourite of the Roman Catholic church. The reformers found Augustine an invaluable ally in their belief that man bound by sin, needs salvation by God’s grace. Augustine upheld the truth of the Bible, the doctrine of the trinity, in fact he wrote 15 books on it, and that salvation is by grace alone through faith alone in Christ alone. Most of his writings have survived.

Between Paul and Luther, the church had no one of greater moral and spiritual stature than Augustine.[7]