Was the Flood Worldwide?

Many people today think the Flood of Noah’s time was only a local flood, confined to somewhere around 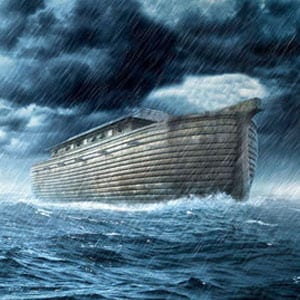 Mesopotamia. But the Bible states clearly that it covered the whole world: Chapter 6, verse 7: And the LORD said, I will wipe mankind whom I have created, from the face of the earth; men and animals, and creatures that move along the ground, and the birds of the air; for I am grieved me that I have made them. It even covered all of the mountains (7:20). As well, if the flood was only local, God would have broken his promise repeatedly never to do it again (8:21-22).

Did a worldwide flood really occur?

The only way we can judge the validity of some event that has been claimed to have happened in the past is to look for changes in the present world that the event would have made. So if the events described in Genesis chapters 6, 7 and 8 really happened, what would we expect to see now?

Over the next few Newsletters (blogs) we will examine each of these geographical features to see if they are present.