Questions Commonly Asked About the Flood

The photograph above, shows Johan Huibers’ replica of Noah’s Ark, which he built to roughly biblical dimensions (http://www.arcofnoah.org/). It resides in Schagen in the Netherlands, and it puts the size of the ark into perspective. It was a huge box with a volume of 40,000 cubic meters (1,396,000 cubic feet), which is enough room to carry 125,000 sheep. Various calculations have been made on how many animals Noah would have had on board, in accordance with God’s instructions. One estimate from Dr Henry Morris is 35,000[1] while another study by John Woodmorappe[2] concluded only 2,000 animals would have been necessary. In any event, the ark could have carried 50,000 animals quite easily.[3]

2. If the whole world was covered with water and all of the animals came out of the ark, how is it that we find kangaroos and koalas only in Australia and kiwis only in New Zealand? [4]

There are severe practical limitations on our attempts to understand something that happened once, was not recorded in detail, and cannot be repeated, but we can make a few points. 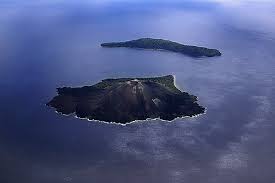 When the small volcanic island of Krakatoa erupted in 1883, the island remnant became and remained, lifeless for some years, but it was eventually colonised by a surprising variety of creatures, including and not only, insects and earthworms, birds, lizards, snakes and even a few mammals, see photograph. This example demonstrates that animals can move freely between land masses.

Land bridges between continents did exist. They were possibly caused by an ice age, which creationists believe happened after the flood due to warm oceans and warmth from the sun being blocked by ash from volcanic activity.[5] Vast quantities of water would be locked up as ice, causing the sea levels to drop. Animals could have spread out in many directions. It is not necessary for two kangaroos to have hopped all the way from Mt Ararat to Australia just as two rabbits did not hop all around the whole continent of Australia after a small breeding colony was let loose in NSW about 150 years ago. Yet they are found in every corner of the vast continent. Also when cane toads where introduced into Australia, it took only ten years for their population to spread a distance of 2,000 km. Once here, the animals could have become isolated in the post-ice-age period as sea levels rose.

The question which then arises is why don’t we find fossils of, say, kangaroos in Asia or any other part of the world? Fossilisation is a rare event, requiring rapid burial to prevent scavenging and decomposition. 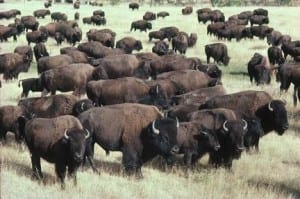 There is a widespread, but mistaken, belief that marsupials are found only in Australia. However, living marsupial possums are found in North and South America. Similarly, monotremes were once thought to be unique to Australia. But the finding of a fossilised platypus tooth in South America stunned the scientific world.[6]

So it is possible that animals unique to Australia, or in fact any other island, could have come via now submerged land bridges, and that the animals that were not isolated died out, leaving no trace of their past presence.

There are other questions regarding the seeming impossibility of the whole story, such as: “How did the animals get to the ark?” or “What did they eat?” or “What about the carnivores eating some of the other animals?” and “How did the ark contain the huge dinosaurs?” Such questions cannot be answered with any precision. The fact is that the whole episode was a miracle of God. There is no doubt He would have chosen animals that possessed the greatest genetic diversity to mate. He would have brought them to the ark[7] and possibly placed them in some type of hibernation for the period. God would have chosen adolescent dinosaurs of the very large type. God did it all. But where science comes in is in answering the question “Is there any evidence that it actually took place at all?” This has been addressed in this series of blogs and in my book; A Defence of the Bible and the answer is a resounding “yes”.

[3] For a thorough analysis of this topic, the reader is directed to: christiananswers.net/q-eden/edn-c013.html, retrieved May 2, 2011.

[4] Most of the following explanation is taken from Creation Answers Book; creation.com/images/pdfs/cabook/chapter17.pdf.