Previous Post
The James Ossuary
Next Post
Did Adam and Eve go to heaven when they died?

Where did Cain get his wife from?

Only three of Adam and Eve’s children are mentioned; Cain, Abel and Seth. Cain moves to another land after he kills Abel and marries, so where did his wife come from?

This is the most commonly asked biblical question by both believers and non-believers. 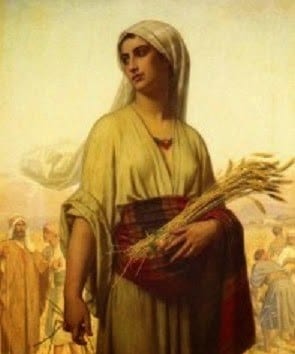 The key to answering this question and why only three children of Adam and Eve are mentioned, is in Genesis 3:15. Here, God said that he would raise up a male who will crush Satan’s head (it was Satan who cause Adam and Eve to sin and be expelled from Eden) and restore the relationship He had with the pinnacle of His creation; mankind. As the scriptures proceed, the identity of this man is slowly revealed. He will come from the line of Seth, through Abraham, Isaac, Jacob, Judah, King David and be born of a virgin in the town of Bethlehem. I have listed 60 Old Testament prophesies which were completely fulfilled by the Person of Jesus of Nazareth to see them, click on the following link: (https://www.adefenceofthebible.com/2016/04/10/prophecies-concerning-the-messiah-2/). It is clear that this line to the Messiah was going to go through Abel, but he was slain by Cain, so the line went through Seth. This is the reason why these three children are mentioned.

God blessed Adam and Eve and told them to be fruitful, increase in number and fill the earth (Genesis 1:28). In obedience to God and as a result of his blessing of them, Adam and Eve would have had many children and of course, God would have equipped Eve for this purpose. There is good reason to believe that Adam and Eve would have had Seth not long after Abel had been murdered because Eve stated; “God has granted me a son in place of Abel, since Cain killed him.” (Genesis 4:25). Seth was born when Adam was 130 years’ old, so if Adam and Eve started having children when they were joined in marriage (Genesis 2:24), The number of people on earth of the time Cain took a wife varies depending what assumptions are made. If Eve had a child every year for as many as 120 years and after say, twenty years, the next generation commence having children and continued having children every year and the third and fourth generations etc did the same, this would give rise to a very steep exponential increase in people to millions of inhabitants, but it is extremely doubtful if they would have had the infrastructure and food production facilities to sustain such a population. Taking everything into consideration, it is reasonable to assume a figure of in excess of 10,000 people on earth. So there would have been no problem for Cain to find a wife. The Bible does mention that Adam and Eve had other sons and daughters (Genesis 5:4).

Initially, there would have been children being born to very close family members beginning with brothers and sisters but after that, from between cousins, uncles, aunties, nieces and nephews. God’s prohibition against marriage within the family was not given until about 2,500 years later when Moses gave the Law to the Children of Israel which include a prohibition of close family members marrying (Leviticus 18:6-18; 20:17; Deuteronomy, 27:22). A logical reason for the restriction is the build-up of genetic mutations which are expressed in the offspring when the same mutation is in both mother and father, see: https://www.adefenceofthebible.com/2016/04/02/science-4-gods-prohibition-of-marriage-within-the-family/. God created Adam and Eve without any genetic mutations because He said that His creation was very good (Genesis 1:31). Genetic mutations most likely commenced the moment Adam and Eve ate the fruit which God said they would surely die if they did.