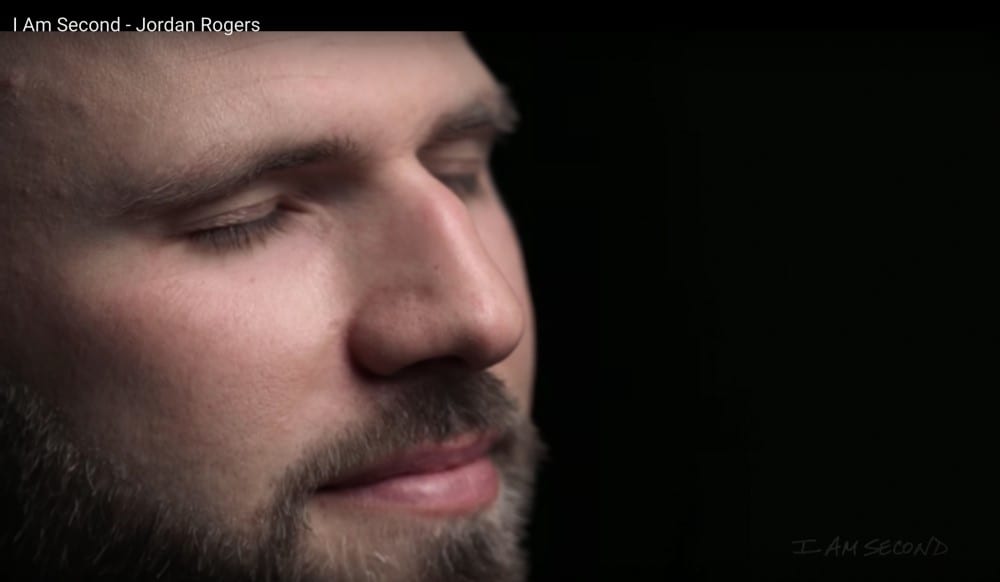 Jordan Rogers is a North America Brand Manager at Nike, but it wouldn’t have been possible had he not been able to recover from his drug addiction, he shares in a new, candid “I Am Second” video as he celebrates 13 years of freedom and sobriety.

“Heroin entered my life when I had just turned 15,” says Rogers in the video. “A buddy of mine was snorting something and he came up, and he had this look … it was just like contentment. He called it ‘Chiva.’ We snorted it right there off the hood of the car that night. It was one of the most amazing feelings I’ve ever felt.”

By his early 20s Rogers had become a raging heroin addict. “Most people say, ‘Drugs are your problem, stop them.’ But for a dope fiend like myself, drugs are a solution. You take away those drugs, and now we got problems.”

On what caused him to try drugs, numerous drugs, he says, “I had this black hole in my soul and just wanted to change the way I felt. I wanted to get high in new and different ways. I wanted to go all in.”

His addiction was so bad other heroin addicts didn’t even want to be with him. “When you’ve got heroin addicts telling you that they’re afraid to hang out with you, you might have issues,” he adds. “I thought about death often.”

He never took treatment centres seriously, thinking he was smarter than all those offering hope. “Everybody around me was telling me, ‘You would just be so much better off if you would just stop doing drugs,’” Rogers said. “And, yet, every time I stopped doing drugs, I didn’t feel great like everyone told me I would. I felt worse. I felt torn up. I felt like I wanted to die.”

Having spent years in and out of detox and getting in trouble with the law, Rogers was finally court-ordered to a treatment facility. “I was in a purple jail cell with a bunch of guys, and two guys were arguing over a toilet paper roll,” he says. “At that moment I thought, ‘This is not what I was made for. I absolutely deserve to be here, but I don’t belong here.’ And I no longer had the drugs and alcohol to blame it on. I was stone-cold sober and facing some serious consequences.”

Rogers prayed to God for help, “Whoever, You are, whatever You are … I need help.”

“I was in that moment, broken,” he recalls. “I thank God I had 13 months of incarceration, and I needed every minute of that to have a fighting chance.”

A mentor emerged to help him. A “dude” called him by his name when he was going to his car one day amid his continued struggle with drugs. “Do we need to talk,” the guy asked. Rogers was speechless, and responded, “yes… I do.”

“He showed me the love of Christ, whether he knew it or not, and walked me into recovery, into freedom,” Rogers adds, calling it the “most integral part of my life.”

He also recalls a song that his mom sent him when he was locked up. “I cry out to You, Lord, as I’m desperate in my plea. Save me from my prison so that the righteous may gather about me and sing of Your good works.”

Rogers says he knows that God loves him and trusts His plans for his life.
Read more at http://www.christianpost.com/news/nikes-brand-manager-shares-his-heroin-addiction-jail-time-before-knowing-jesus-168307/#AYOPLUiJHZHm1ut4.99