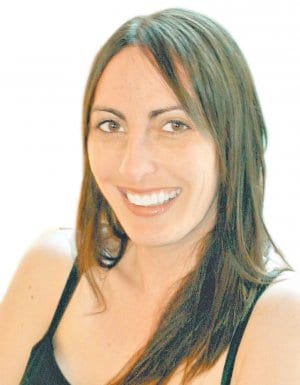 The claimed therapeutic benefits of hypnotherapy were not worth the pain for Sally Jane. Though her business was thriving she permanently closed it in 2015 to be free from the spirits that deceived and troubled her. “I now have peace and unconditional love like I have never had in my whole life,” Sally says with joyful tears.

The trouble began during an intimate relationship with a charming man who had a hidden secret. “I discovered he was deeply involved with satanic dark powers and black magic,” Sally shares. It was a “massive shock”, she recalls, to be face-to-face with “dark experiences” that inflicted serious anxiety and pain on her life for a number of years. “I ended the relationship and the darkness continued to try and possess my thoughts, my dreams, my every waking hour.”

She tried to escape by reaching out to spiritualists, new-age healers, and psychics. “I went to pretty much everyone in the New Age movement, but I actually didn’t find any freedom, in fact I found the opposite.” As an atheist for over twenty years Sally was adamant there was no Supreme Creator.  “In that atheist mentality,” she explains, “you just don’t want to believe that God exists, probably since I was swearing and cursing Him for twenty years!”

Her condition, however, had become impossible as she suffered constant anxiety, then suicidal thoughts. In desperation she humbly asked her best friend how to ask God for help. “He advised that I search online for the ‘sinner’s prayer’. He clearly said, ‘Do not read it aloud unless you mean it, because God will know if you are being genuine or not.’ “I read one prayer, and I was in fits of tears: something inside my spirit resonated with it.” Sally explains this inner desire for God in reference to two Bible verses that now have a rich meaning for her.

“Two Chronicles 7:14, says, ‘If my people, who are called by My name will humble themselves and pray and seek My face, and turn from their wicked ways, then I will hear from heaven and I will forgive their sin and heal their land.’

“Centuries later, Jesus said, ‘Ask and it will be given to you, seek and you will find, knock and the door will be opened to you’ (Matthew 7:7).”

On one of her darkest nights, being troubled by these spirits, Sally pleaded with God for peace and forgiveness of her offenses against Him. “I had made the right decision I think my exact words were, ‘I am kneeling down before your throne and I am asking you if you are actually there. I want to see You’.” After five minutes she remembers “an incredible thing happened.” “My eyes were closed and two blinding flashes, like lightning, came through my eyes. “Every bit of human emotion left me and I lay in a peaceful state, it was supernatural. I just knew that my Father was telling me, ‘None of your sin matters now’, and that everything would be okay.”

After this Sally knew her life would change as her relationship with God deepened. “God revealed parts of me that I needed to change and parts that He just changed through His Holy Spirit. Changes that I am still grateful for now. “It’s just been such a smooth transition. I am not the person I was last year.”

At first Sally made excuses so she could practise hypnotherapy. “The more I continued, the guiltier I felt, I knew I was not pleasing God, my Father. “He showed me that I was being deceived and that hypnotists have been used as a puppet by deceiving spirits of divination.”

Sally read in Deuteronomy chapter 18, that God “detests” divination, acting as a medium or calling up the dead. “This verse gave me peace that I had made the right decision. “I chose God and my life got better. I found peace and unconditional love like I had never had in my whole life,” Sally says with joyful tears. “I found new friendship, the truth of His Word, and God has also removed so much bad out of my life too.”

Referring to her experience, Sally says there is no truth or peace in seeking for anything one’s heart desires, like money, wealth, talking to the dead, or going to see people to try and talk to the dead. “Such a life is deception, one which I fell for myself for many years,” she says.

“My prayer is that you should reach out to God, accept Jesus for what He did for us, and humble yourself and in return receive the gift of everlasting life.”