This testimony has been taken from, God Reports; http://blog.godreports.com/2017/05/india-god-turned-around-hindu-saul-of-tarsus-who-hunted-down-christians/ 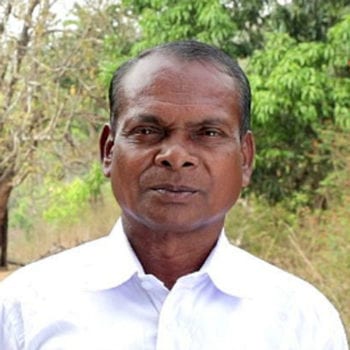 Pradyuman Pradhan came from a Hindu background and worshipped many idols and demonic spirits. At his house, he kept an idol of the Goddess Kali that he tried to please every day by performing rituals and offering up sacrifices. “I was also a leader for an anti-social group who is notorious for killing and inflicting harm on Christians,” He told Biglife. “In my village, I was the leader and all the people respected me. As long as I had the power, the villagers knew there would be no Christians in our village.”

He had 200 men he could call upon to hunt down Christians and do them harm. Then something unusual happened that shocked Pradhan. His brother Bhorat became a Christian. It seems his brother had lost 5 sons, one after another. Overcome by the sense of loss and grief, searching for answers, he landed in the arms of Jesus! Pradhan would have none of it. He confronted Bhorat at his house and asked him if he had become a Christian. “Yes, this is true,” he professed. “If this is true, our group will break down your house and you will have to leave our village,” he warned his brother.

Pradhan was determined to drive any Christian influence from the village — even if it was in his own family. But after this, Pradhan began to undergo a severe trial. “I lost everything. My youngest daughter developed a serious health condition. I called a magician to my house in hopes that he could help my daughter. To my surprise, he told me that I was the one killing my own daughter with the power that I was wielding.”

Taken aback by this revelation and despondent over his circumstances, Pradhan’s anger turned inward on himself. “In order to cope, I became addicted to alcohol and tobacco,” he recounted to Biglife. Pradhan also increased his involvement with the group targeting Christians. But God stopped Pradhan in his tracks one day, just as he had done with Saul of Tarsus on the Damascus road. “The Lord intervened,” he said. “One night I saw a vision and heard the call of God on my life for his purposes.”

Shaken by his encounter with the risen Christ, Pradhan began to search for answers. “The very next day I, of all people, asked to see some Christians to figure out what I had experienced. They shared with me about Jesus and prayed for me, my family and especially for my sick daughter. After their prayer, my daughter was instantaneously healed. Seeing this miracle, I surrendered my life to Jesus.”

As Pradhan began to grow in his faith, his daughter got sick again and passed away. “People were mocking me and said this happened because I was following Jesus. They said I should just raise her back to life, which I was confident was not His will.”

“Thomas has discipled me and helped me to see God’s vision for my area. Nowadays, many people in my village are followers of Christ and we are working diligently to extend His kingdom.”