Previous Post
Christ’s second coming is getting close
Next Post
There is something different about God’s chosen people; Part 2

There is something different about God’s chosen people Part 1

As of 2017, Nobel Prizes have been awarded to 892 individuals, of whom 201 or 22.5% were Jews, although the total Jewish population comprises less than 0.1 % of the world’s population. For 2017, this percentage increased to 37%. This tiny people group has blessed the world with scientific, technological and medical advancements. This may be another aspect of God’s promise to Abraham: And in you all the families of the earth will be blessed Genesis 12:3, 28:14). The ultimate fulfillment of this promise, of course, is Jesus the Messiah.

May be these Bible verses showing the Jews to be God’s chosen people might have something to do with these outstanding statistics:

The Lord did not set his affection on you and chose you because you were more numerous than other peoples. For you were fewest of all peoples.

For the LORD has chosen Jacob for Himself, Israel for His own possession.

“But you, Israel, my servant, Jacob whom I have chosen, descendant of Abraham my friend.

Moses records the words of God in relation to His Chosen People in Deuteronomy chapter 28. After listing the blessings, they will receive if they are true to Him and worship only Him (verses1-14) Moses then records the curses which will come upon them if they reject their God (verses 15-68). Verses 64-67 are given below:

64 For the Lord will scatter you among all the nations from one end of the earth to the other. There you will worship foreign gods that neither you nor your ancestors have known, gods made of wood and stone! 65 There among those nations you will find no peace or place to rest. And the Lord will cause your heart to tremble, your eyesight to fail, and your soul to despair. 66 Your life will constantly hang in the balance. You will live night and day in fear, unsure if you will survive. 67 In the morning you will say, ‘If only it were night!’ And in the evening, you will say, ‘If only it were morning!’ For you will be terrified by the awful horrors you see around you.

They were disobedient to God and the curses applied.

In about 900 BC, the nation split into two kingdoms; ten tribes made up the Northern Kingdom which was destroyed by the Assyrians in a series of raids from about 740 BC. The Southern Kingdom consisted of the large tribe of Judah and the smaller tribe of Benjamin. The larger tribe dominated and its citizens became known as Jews. The Southern Kingdom was captured by the Babylonians and their city, Jerusalem, fell in 586 BC and the remaining people were taken into exile. Seventy years after the first deportation, a large group of people returned to their land and re-built Jerusalem and the Temple. They survived the conquests of Alexander and were under Roman occupation at the time of Christ.

Being God’s chosen people, the Jews had special revelation from God in what Christians call the Old Testament. Its prophecies about the coming Messiah commencing in Genesis 3:15 have been made clear to them, but when He came in the person of Jesus of Nazareth, they rejected Him. Jesus told them so in His telling of the incident of Lazarus and the rich man. In it He tells of Abraham saying to the rich man and by implication Jews in general: “If they do not listen to Moses and the Prophets, they will not be convinced even if someone rises from the dead.” (Luke 16:31) In rejecting Jesus, they reject God for He is part of the Godhead; Father, Son and Holy Spirit and the curses of Deuteronomy applied.

As a result of the first Jewish uprising, the Roman army destroyed Jerusalem and the Temple in AD 70. After the second Jewish uprising (AD 132-135) the Romans removed the Jews from their homeland and over time, they literally went to the four corners of the world. At the same time the Romans renamed the land Syria Palestina after their constant enemy, the Philistines. Palestina later became anglicised to Palestine.

Suffering in the lands to where they were scattered

As shown by the timeline given below, Jews were attacked, expelled, suffered loss of property in the lands they were scattered. Such a dreadful history is in accord with the curses listed in Deuteronomy. The list below is not comprehensive and could possibly be doubled, but it is large enough to make the point.

325
Constantine changed the celebration of Easter on the calendar so that it did not coincide with the Jewish Passover.

Bishop Severus burned the synagogue in the village of Magana. Bishop of
Alexandria, St. Cyril expelled Jews from Alexandria and gave the mob Jewish property.

1012
Emperor Henry II of Germany expels Jews from Mainz, the beginning of persecutions against Jews in Germany.

1096
First Crusade. Crusaders massacre the Jews of the Rhineland.

1190
On March 16, 1190, the Jewish residents of York, England, numbering some 150, were murdered or took their own lives after rioters besieged them in the keep of York Castle.

Naples orders the first expulsion of Jews in Southern Italy.

1290
The Edict of Expulsion was a royal decree issued by King Edward I of England on 18 July 1290, expelling all Jews from the Kingdom of England.

1298-1299
Massacre of thousands of Jews in 146 localities in southern and central Germany led by the German knight Rindfleisch.

1306
King Philip ‘The Fair’ Expels all Jews from France

1348
The Guilds of Basel brought up charges against the Jews accusing them of poisoning the wells. Despite an attempted defence by the town council, 600 Jews together with the Rabbi were burned to death.

1389
Hundreds of Jews Massacred in Prague at Easter.

1421
270 Jews burned at the stake. In the 14th and 15th centuries the Inquisition was more intense because the Church and State joined forces. Just being Jewish guaranteed persecution

1483
Jews were expelled from Warsaw, Sicily, Lithuania, and Portugal.

1492
The Edict of Expulsion went public during the week of April 29, 1492. The charter declared that no Jews were permitted to remain within the Spanish kingdom.

1506.
Murders in Lisbon – 4000, “conversos”, men, women, and children thrown from windows to street mobs below, due to preaching by Dominicans against the Jews.

1510
Jews are expelled from Brandenburg, Germany. 38 Jews burned at the stake in Berlin.

Pope Pius V ordered all Jews out of the Papal states.

Pope Clement VIII expels the Jews living in all the papal states.

1655
Massacres of Jews in war against Sweden & Russia by Poland.

1715
Pope Pius VI issues Edict over the Hebrew which was against Jews and lasted for 25 Years.

1881
Pogroms began. The word is of Russian origin. It designates attack, accompanied by destruction, looting of property, murder, rape. A series of pogroms against Jews in the city of Odessa, then part of the Russian Empire, took place. during They occurred in 1821, 1859, 1871, 1881 and 1905.

In 1919, when the short-lived Hungarian Soviet Republic collapsed, a period of “White Terror” ensued, during which some 3,000 Jews were murdered.

1938
Burning in Austria & Germany of Synagogues. Jews sent to concentration camps. Beginnings of the Holocaust. 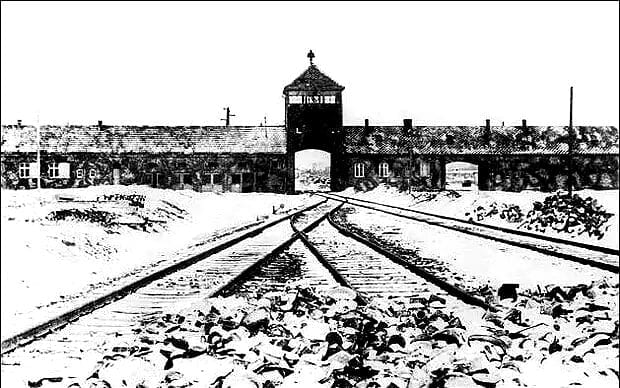 1946
The term “Kielce Pogrom” refers to a violent massacre of Jews in the south eastern Polish town of Kielce on July 4, 1946.

In 1956, the Egyptian government used the Sinai Campaign as a pretext for expelling almost 25,000 Egyptian Jews and confiscating their property.

1967
Six day war. Israel attacked by its Arab neighbours as they try to eliminate Israel.

The Munich massacre was an attack during the 1972 Summer Olympics in Munich, West Germany, at which eleven Israeli Olympic team members were taken hostage and eventually killed, along with a German police officer, by the Palestinian terrorist group Black September.

Yom Kipper war. Israel attacked by Arab neighbours with the intent of wiping Israel off the map.

1982
War in Lebanon begins after many years of terrorist attacks against the Jews in the Upper Galilee area from the vantage point of Beaufort Castle.

A further consequence of their rejection of their God and part of the curse of Deuteronomy 28 is recorded in verse 37:

You will become a thing of horror and an object of scorn and ridicule to all nations where the Lord will drive you.

Israel will become a byword and an object of ridicule among all peoples.

A ‘byword’, has the meaning of a jibe or taunt.

You will destroy yourselves and make yourselves an object of cursing and reproach among all the nations on earth.

They will become an object of cursing and horror, of condemnation and reproach.

God required His people (Israelites) to keep themselves separate from their neighboring people even to the extent that those who married foreign women must sever that tie (Ezra 9:1-2). After they returned from their Babylonian exile, the Jews were determined not to make the mistakes that caused God to act.

Even though they were dispersed, they remained a clearly identifiable group of people; this feature is unique to the Jews and no other group. It has been used to terrible effect by despots and tyrants down through the ages as shown.