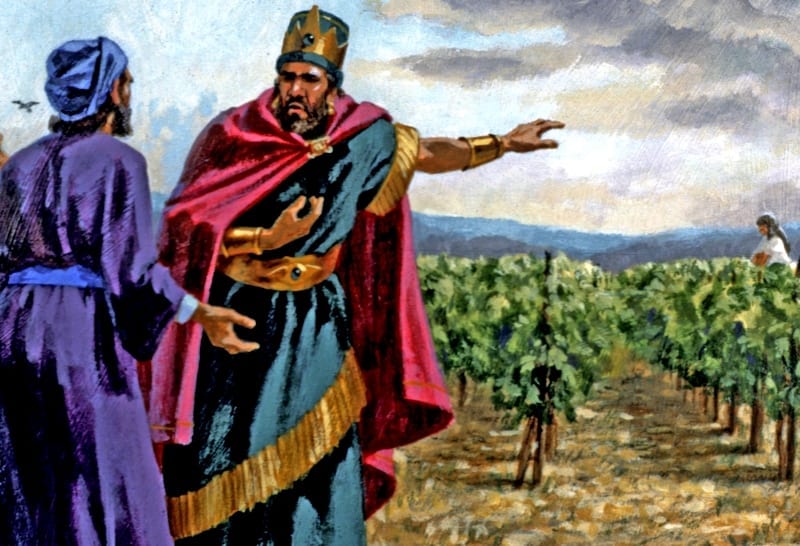 The biblical account of the incident associated with Naboth’s Vineyard is given in 1 Kings 21:1-7 and is summarised thus:

Ahab, the king of the northern kingdom known as Israel, coveted a vineyard which was close to his palace. The vineyard was owned by Naboth and Ahab asked to buy it or exchange it for what he considered to be a better vineyard. Naboth refused, because it was against the Mosaic Law to sell his ancestral land.[3] Ahab’s wife, Jezebel asked him why he was downcast (sulking) and he told her that Naboth would not sell him his vineyard.

The passage goes on to give an account of how his Phoenician wife, hatches a successful plan to have Naboth killed and his vineyard seized. Their triumph is short-lived, as Elijah pronounces God’s judgement on them both.[4] Ahab repents but his dynasty is ended with the death of his son, Joram and Jezebel is eaten by dogs.[5]

Since 2012, Norma Franklin of the University of Haifa and Jennie Ebeling of the University of Evansville, Indiana, USA, have supervised a team excavating the Jezreel Valley. Initially they commissioned an airborne LiDAR (light imaging, detection, and ranging) scan method, that measures distance to a target by illuminating the target with pulsed laser light and measuring the reflected pulses with a sensor. Differences in laser return times and wavelengths can then be used to make digital 3-D representations of the target. This process revealed several features that had remained hidden for centuries. They identified 360 features on the landscape, among them 57 wine and olive oil presses and other agricultural installations.

An aerial photograph of the area containing Naboth’s vineyard (winery) is shown below. 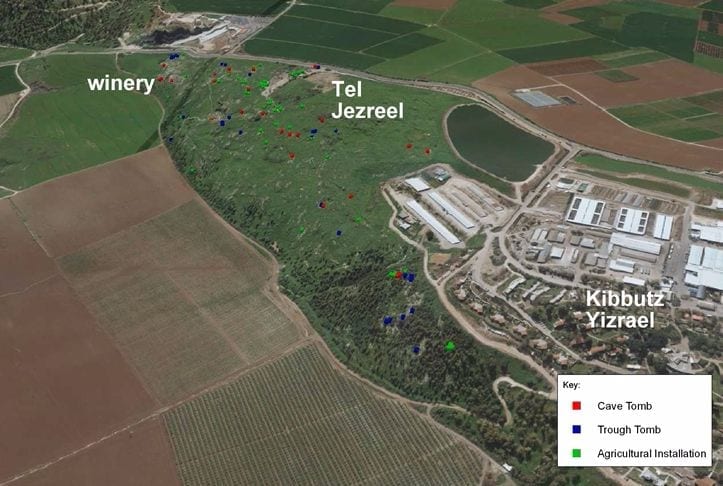 Excavations conducted in the 1990s had discovered a ninth, or possibly eight century military enclosure in the area of Tell Jezreel and Ein Jezreel. Naboth’s vineyard was located next to what the English Bible describes as Ahab’s palace, but the authors say the translation of the Hebrew word heikal is more correctly, a military compound and the archaeologists found the remains of an ancient winery complex near to it and it is shown in the images below. 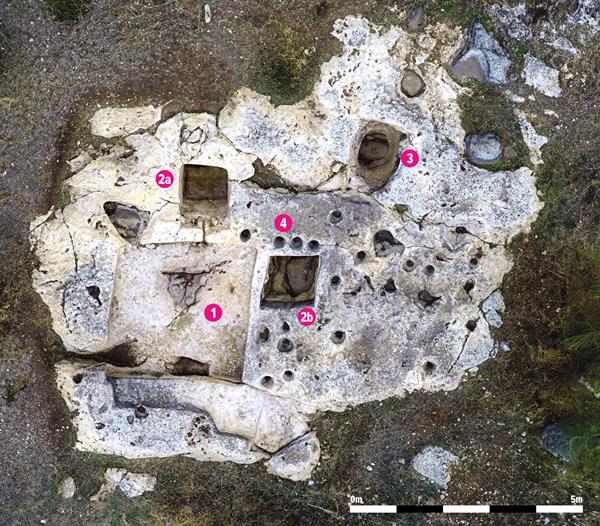 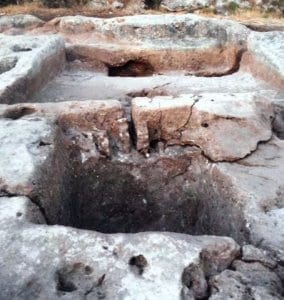 The image shows the complex cut into limestone bedrock consisting of a treading floor (1), two vats (2a and 2b), a basin (3) and numerous mortars or pits (4). Freshly trodden grape juice would flow from the rectangular treading flood into the primary fermentation vat (2a). The division between the two tanks is sectioned through to allow for the flow of the grape juice as can be seen. The close-up image, right, shows this clearly. After a few days, the wine-to-be would be strained into jars and then left in a cool place for secondary fermentation.

The authors state that it is not easy to date ancient rock-cut wineries, but they provide solid circumstantial evidence for their assignment of this winery to being that of Naboth.

Again, we have more evidence that the Bible provides an accurate account of history. The events described between it pages actually happened, the places it mentions really did exist and the people that make it up, were real. It can be relied upon completely.

[1] Adam Eliyahu Berkowitz, Proof of biblical Naboth’s vineyard discovered in Jezreel Valley, Breaking News Israel, July 13, 2017. Some of the images used are from this report.

[2] Norma Franklin, Jennie Ebeling, Phillippe Guillaume and Deborah Appler, Biblical Archaeological Review, 2017, 43(6), page 49-54. Some of the images used are from this report.