Previous Post
Evidence for the earth being at or close to, the centre of the universe
Next Post
Hezekiah, Judean king

Why did God make creatures that bite and kill? 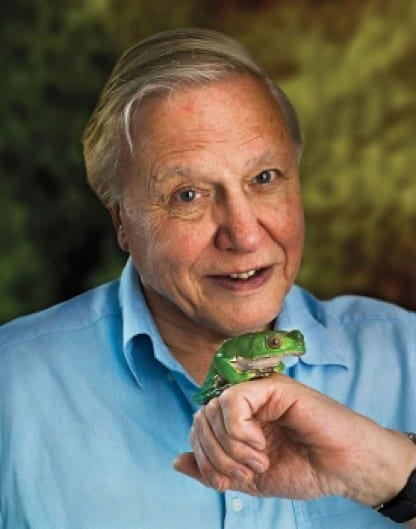 The well-known television naturalist; Sir David Attenborough consistently pushes evolution in his nature programs. When asked why he does not believe in God even though he spends a lot of time examining the beauty and diversity of nature? He replied:

When Creationists talk about God creating every individual species as a separate act, they always instance hummingbirds, or orchids, sunflowers and beautiful things.

‘But I tend to think instead of a parasitic worm that is boring through the eye of a boy sitting on the bank of a river in West Africa, [a worm] that’s going to make him blind.

‘And [I ask them], “Are you telling me that the God you believe in, who you also say is an all- merciful God, who cares for each one of us individually, are you saying that God created this worm that can live in no other way than in an innocent child’s eyeball? Because that doesn’t seem to me to coincide with a God who’s full of mercy.[1]

What did God really create?

The answer lies in what did God really create? For this we need to go back to Genesis chapter one verses 29-31:

29 Then God said, “I give you every seed-bearing plant on the face of the whole earth and every tree that has fruit with seed in it. They will be yours for food. 30 And to all the beasts of the earth and all the birds in the sky and all the creatures that move along the ground—everything that has the breath of life in it—I give every green plant for food.” And it was so.

31 God saw all that he had made, and it was very good. And there was evening, and there was morning—the sixth day.

So, the conditions that operated in the Garden of Eden? Verses 29 and 30 tell us.

Isaiah 11:6-9, speaks about the conditions under the future millennium reign of Christ, which would reflect the conditions God had created in the Garden of Eden with no carnivores. Peter (Acts 3:21) states that Jesus will restore everything (back to the conditions of Eden is presumed) when he returns.

So, it was never Gods desire to have creatures that bite and kill. Clearly, this happened when God cursed the ground[2] and Paul tells us that this covered all creation and not only the ground.[3] And this curse introduced death.[4] As well, after the Fall which was brought about by Adam and Eve’s refusal to obey God’s instruction not to eat the fruit of the Tree of Knowledge of Good and Evil, some animals became carnivorous.[5]

The question arises, that clearly some creatures were designed to kill; consider crocodiles, lions, Tyrannosaurus Rex and venomous snakes for example, they seem to be almost perfectly designed killers, so how could have they lived alongside each other in the Garden of Eden and have been herbivores?

Now back to David Attenborough’s original answer to the question of why he does not believe in God. He mentions a worm eating out the eye of a child in Africa. He is factually wrong here as well, when he states that the worm can live in no other way than in an innocent child’s eyeball. If he is referring to the ‘Eye Worm of Africa’ it cannot even complete its life cycle in the child’s eye, it is transferred by the bite of the Horse Fly or Deer Fly and only in rare cases does blindness result. According to the Disease Database; this malady is normally mild and painless.

Even though God is merciful and He demonstrated this at the cross; creation is not as God originally had it. It has been cursed because of man’s rebellion. But He has promised to return it to the splendour it was.