The Date of Jesus’ Death

The date of the death of many familiar historical figures is known. Cyrus the Great died on December 4, 530 BC, Socrates died in 399 BC, Alexander the Great died, June 323 BC and Julius Caesar died on the 15th of March 44 BC. But there is no definitive date for the death of Jesus. However, there is enough evidence for it to be calculated.

Christ was crucified on a Friday 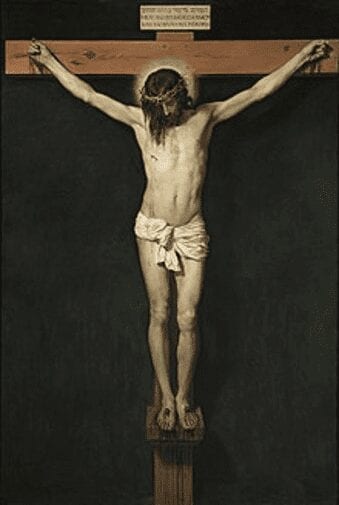 All gospels agree that Jesus died on the day before the Sabbath; Friday.[1] Some scholars claim there may have been two Sabbaths in that week because the first day of the Feast of Unleavened Bread is a Sabbath and that Christ may have been crucified on a day other than Friday. However, there can be no doubt that Jesus rose on the first day of the week, a Sunday, and that it was the third day, inclusive, since His crucifixion, which means that He died on a Friday. By the time of Tertullian (AD 160–220), the Greek word paraskeue, was used in the gospels as the day of Christ’s crucifixion and it was used to denote Friday.[2] The third Bishop of Antioch, Ignatius, writing in the first century to the Trallians, makes it clear that Christ was crucified on the day of Preparation (Friday). He was in the ground during the Sabbath and that He rose on the Lord’s Day (Sunday).

All gospels agree that Jesus was crucified at the time of the Passover.[3] In fact, Paul refers to Jesus as our Passover Lamb.[4] And when John the Baptist first sees Jesus, he states; Behold the Lamb of God who takes away the sins of the world.[5] This fixed the crucifixion day as Nisan 14 (post-Exilic name; formerly Abib, Exodus 13:4, approximately our March/April), with the Passover commencing at moonrise that evening which signalled the start of a new day; Nisan 15.[6]

The crucifixion took place under the high priest Caiaphas[7] who held the position from AD 18 to 36. Also, under the administration of Pontius Pilate,[8] who held the position from AD 26–36. The only years that Nisan 14 occurs on a Friday during that period are the years 27, 33, 36 and maybe 30.[9] Luke states that John the Baptist commenced his ministry in the fifteenth year of the reign of Tiberius,[10] thereby dating John’s appearance to AD 29.[11] As well, the Passover was celebrated on the first full moon of the spring. Only the dates of April 7, AD 30 and April 3, AD 33 satisfy these criteria for the time of Christ’s crucifixion. Since John records three separate Passovers during Jesus’ ministry,[12] the early date of AD 30 must be excluded, thereby leaving April 3, AD 33 as the time of Christ’s crucifixion.

This all fits together very well with scripture; Jesus was born late 1 BC or early in AD 1, John the Baptist commenced his ministry of announcing the coming Messiah in AD 29. Jesus commenced His ministry in AD 30, preached for a bit over three years and was crucified on April 3, AD 33.

But there is a problem with this date

However, there has been a problem with this later date; namely, Herod the Great was alive when Jesus was born. This is referenced by the fact that following a visit from the Maji, he ordered all baby boys under the age of two living in Bethlehem, to be killed.[14] So, assuming that Jesus was one year old when the Maji visited, and the commonly accepted date for Herod’s death is 4 BC. Jesus must have been born during the years of 6 or 5 BC.

Luke states that: Jesus Himself began His ministry at about thirty years of age[15] and this would be in keeping with what was required for a Levitical Priest.[16] So, He would have turned 30 in AD 26 or 27 (there was no year zero). Since Jesus’ ministry lasted about three-and-a-half years, He would have died in AD 29 or 30. John’s ministry commenced in AD 29 as previously stated and this preceded the ministry of Jesus, so He could not have been born so early.

The evidence for believing Herod died in 4 BC mainly comes from the writings of Josephus (AD 37–103), a first century Jewish historian. Josephus stated that there was a lunar eclipse just before Herod died. Tradition has this event assigned to the eclipse of March 13, 4 BC. Further evidence for the 4 BC date of Herod’s death comes from coins of the period, which show that his successors began their reign in 4–3 BC.

The argument of 4 BC for Herod’s death is not as straight-forward as it seems. John P Pratt, in a well-researched and referenced paper,[17] discusses the many problems associated with that year and claims the year of AD 1 to be much more in keeping with historical records and astronomical observations and this has the support of an increasing number of scholars. For example, see the debate in the pages of Biblical Archaeology Review.[18] Josephus, who wrote almost 100 years after the event, mentions only one lunar eclipse. Furthermore, the eclipse of 4 BC happened in the middle of the night and would not have been observed by many. As well, it was only a partial eclipse.  In contrast, the eclipse of December 29, 1 BC was clearly visible at sunset. As well, Pratt proposes that Herod’s successors antedated their reigns, presumably to extend their lengths. This, Pratt suggests, is a factor of which Josephus was not aware. Andrew Steinmann, Distinguished Professor of Theology and Hebrew, provides supporting evidence for Herod’s sons pre-dating their reigns.[19] Vladimir Blaha using a re-work of Josephus’ work argues for December 25, 1 BC as the date of Jesu’ birth.[20]

The later date for Herod’s death means that the sixth century scholar Dionysius Exiguus, who set the Christian era of AD (Anno Domini; ‘In the year of the Lord’) and who had access to more records than are available today, was correct after all in calculating from 1 BC. The Dionysius Exiguus dating system is used to number the years of both the Gregorian and Julian Calendars (note, AD 1 follows 1 BC; there was no zero year).

[6] The Hebrew calendar is based on the rotation of the moon around the earth, with each month starting with the new moon, whereas our calendar is based on the earth’s rotation around the sun with each year being one complete rotation; 356.26 days and the months are fitted into this cycle. God told the Hebrews living under slavery in Egypt to take an unblemished lamb into each house and slaughter it on the fourteenth day of the first month. This is Nisan 14 which is halfway through the month and as a consequence, there must always be a full moon. The Passover is called “pesech” in Hebrew, and in the Greek of the New Testament, this word is rendered as “Pasch.” For this reason, the full moon of Passover is called “The Paschal Moon.”

[11] Tiberius became emperor upon the death of Augustus in AD 14. His fifteenth year would be AD 29.

[18] See the debate about the time of Herod’s death in Biblical Archaeology Review: https://www.biblicalarchaeology.org/daily/people-cultures-in-the-bible/jesus-historical-jesus/herods-death-jesus-birth-and-a-lunar-eclipse.