Josiah came to the throne of Judah at the age of eight, the Bible states; Neither before or after Josiah was there a king like him who turned to the LORD as he did;[1] However, he foolishly and needlessly attacked Pharaoh Necho’s Egyptian army, when the Egyptians came up to assist the Assyrians against the Babylonians[2] who were becoming a major world power, and Josiah was killed (2 Kings 23:29). In 609 BC, the Babylonian king Nebuchadnezzar[3] defeated the Egyptians (Jeremiah 46:1-2), and in pursuit of them, he captured Lachish[4] and attacked Jerusalem and made its king Jehoiakim, Josiah’s youngest son, a vassal leader. Also, he deported thousands of Judeans, including Daniel to Babylon.

After a few years Jehoiakim refused to pay any more tribute to Nebuchadnezzar so the Babylonian king lay siege to Jerusalem. During this time, Jehoiakim had died. Jehoiachin (also called Jeconiah), his eighteen-year-old son, became the new king. In 597 BC Nebuchadnezzar took Jehoiachin, his family, craftsmen, 7,000 fighting men, making a total of 10,000 captives plus all the treasures from the temple, back to Babylon and installed another of Josiah’s sons, Zedekiah as his new vassal king (2 Kings 24:1-17).

27 And in the thirty-seventh year of the exile of Jehoiachin king of Judah, in the twelfth month, on the twenty-seventh day of the month, Evil-merodach king of Babylon, in the year that he began to reign, graciously freed Jehoiachin king of Judah from prison. 28 And he spoke kindly to him and gave him a seat above the seats of the kings who were with him in Babylon. 29 So Jehoiachin put off his prison garments. And every day of his life he dined regularly at the king’s table, 30 and for his allowance, a regular allowance was given him by the king, according to his daily needs, as long as he lived. 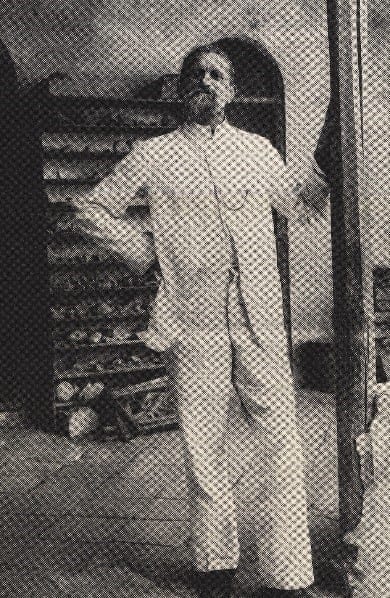 While excavating at Babylon during 1899 to 1917, German archaeologist Robert Koldewey (pictured) recovered nearly 300 cuneiform texts that record the disbursal of rations from the royal storehouses. These were found stored in a barrel-vaulted 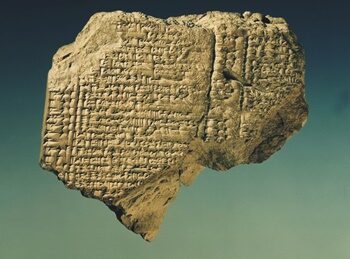 underground building consisting of rows of rooms near the Ishtar Gate. Four of which, document the food rations of oil and barley given to the Judean king Jehoiachin who is referred to personally, along with his sons. The inscription reads; “Ya’u-kīnu, king of the land of Yahudu”, which is translated as; Jehoiachin king of the land of Judah. The rations according to the tablets are; Ten sila[6] of oil to Jehoiachin, king Judah….21/2 sila (oil) to the sons of the king of Judah.[7]

The stone documents revealed that Jehoiachin is named with his royal title; king of Judah, so under Evil Merodach, he must have been given some royal standing. This is further supported by the substantial amount of rations he was given, enough to support many people. 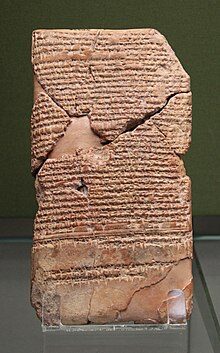 Apparently, Evil Merodach fell out with his father Nebuchadnezzar and was placed in prison. This is supported by another Babylonian inscription which is a pathetic lament of Evil merodach then known as Nabu-Shuma-Ukim, regarding his imprisonment. In the inscription, he makes an appeal to the god Marduk. Jehoiachin must have got on well with Evil Merodach because the first thing he did when he became king was to have Jehoiachin released and to give him the highest seat of honour among the royal exiles.[8] This is in complete agreement with what the Bible states.

The stone known as Amel Marduk lament (shown) is on display in the British Museum, BM 40474. The image is courtesy of Wikimedia commons.

The Jehoiachin Ration tablets are in the Berlin Museum and the image is courtesy of helpmewithbiblestudy.org.

The ration tablets confirm the Bible in several ways:

The Jehoiachin Ration Tablets are another example of archaeological discoveries confirming what is written in the Bible.

[2] The Babylonians were also called Chaldeans or Neo-Babylonians.

[3] Nebuchadnezzar was coregent with his father Nabopolassar.

[4] The fall of Lachish is attested to by archaeology if the form of the Lachish letters https://www.adefenceofthebible.com/2019/01/15/lachish-letters/ and wall engraving at Babylon.

[6] A sila is a Babylonian unit of capacity equivalent to about 800 mL.

[8] Clive Anderson and Brian Edwards, Evidence for the Bible, Day One Publications, 2014, page 82.