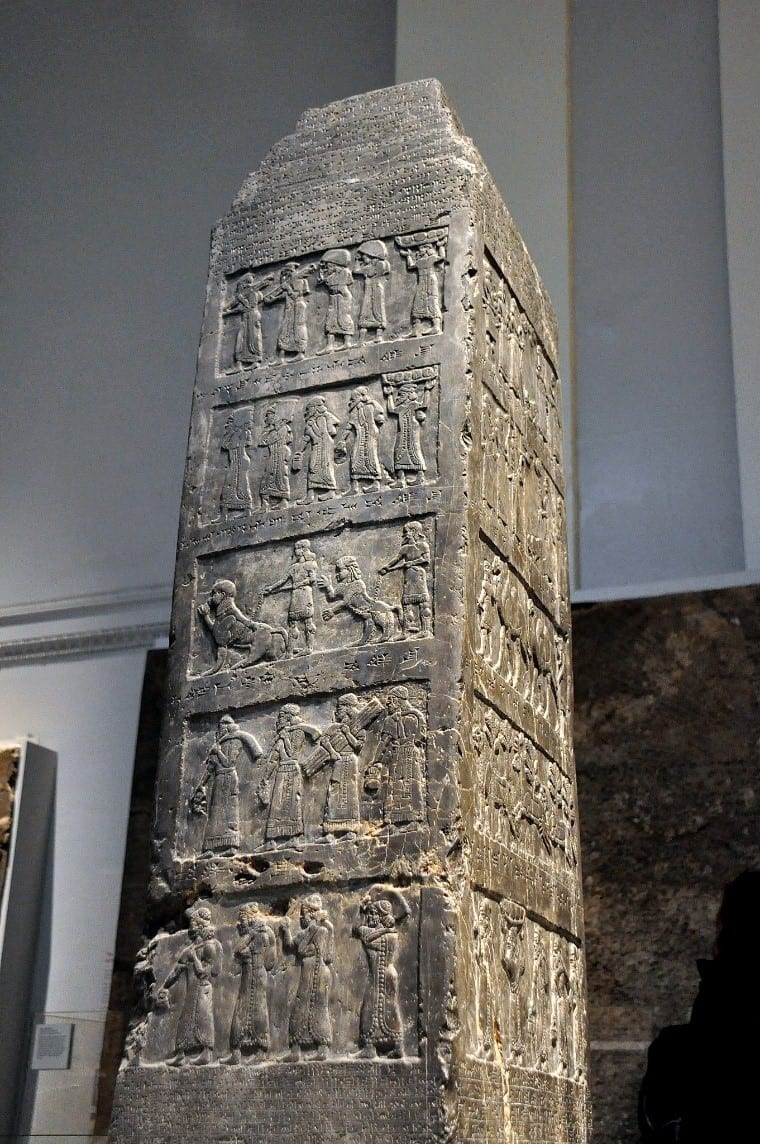 The British archaeologist Henry Layard had been told by his workmen to give up searching and close down the dig. They were excavating the ancient Assyrian city of Calash (modern Nimrud) in 1945. It was winter, the ground was extremely cold and hard and the difficult job of digging trenches to uncover artifacts had proved futile. Layard did not want to quit, but compromised and asked the men to work just one more day. They did not have to wait that long! Almost as soon as the men resumed their work, they struck a huge stone that we now know as one of the most important Assyrian documents relating to the Old Testament.[1]

The stone was a four-sided polished block; an obelisk,[2] of black limestone, six feet (1.83 metres) high. On each side panel of the obelisk were carved five registers of relief sculptures depicting various scenes of tribute brought to Shalmaneser III who reigned from 858 to 824 BC. It now resides in the British Museum ANE 118885.

Elisha, the prophet, ordered a young man to anoint Jehu a commander in Jehoram’s (Joram’s) army, to be king of Israel (the northern kingdom) and to tell him that God will use him, to avenge the blood of the prophets that Ahab shed. He was to destroy the whole house of Ahab and his wicked wife Jezebel. Jehu sets out and completes his murderous task. In the process, he kills Ahab’s son and current king, Jehoram and the Judean king Ahaziah as well (2 Kings 9 and 10). Also, he had all the prophets of Baal killed. He installs himself as king of Israel and reigned from 841 to 814 BC. The Bible has more to say:

However, he did not turn away from the sins of Jeroboam son of Nebat, which had caused Israel to commit—the worship of the golden calves at Bethel and Dan.[3] For this failure, the Lord began to reduce the size of Israel and Jehu incurred the implacable hatred of Hazael of Damascus by submitting to Shalmaneser III, king of Assyria in the Assyrian invasion of 841 BC.[4] 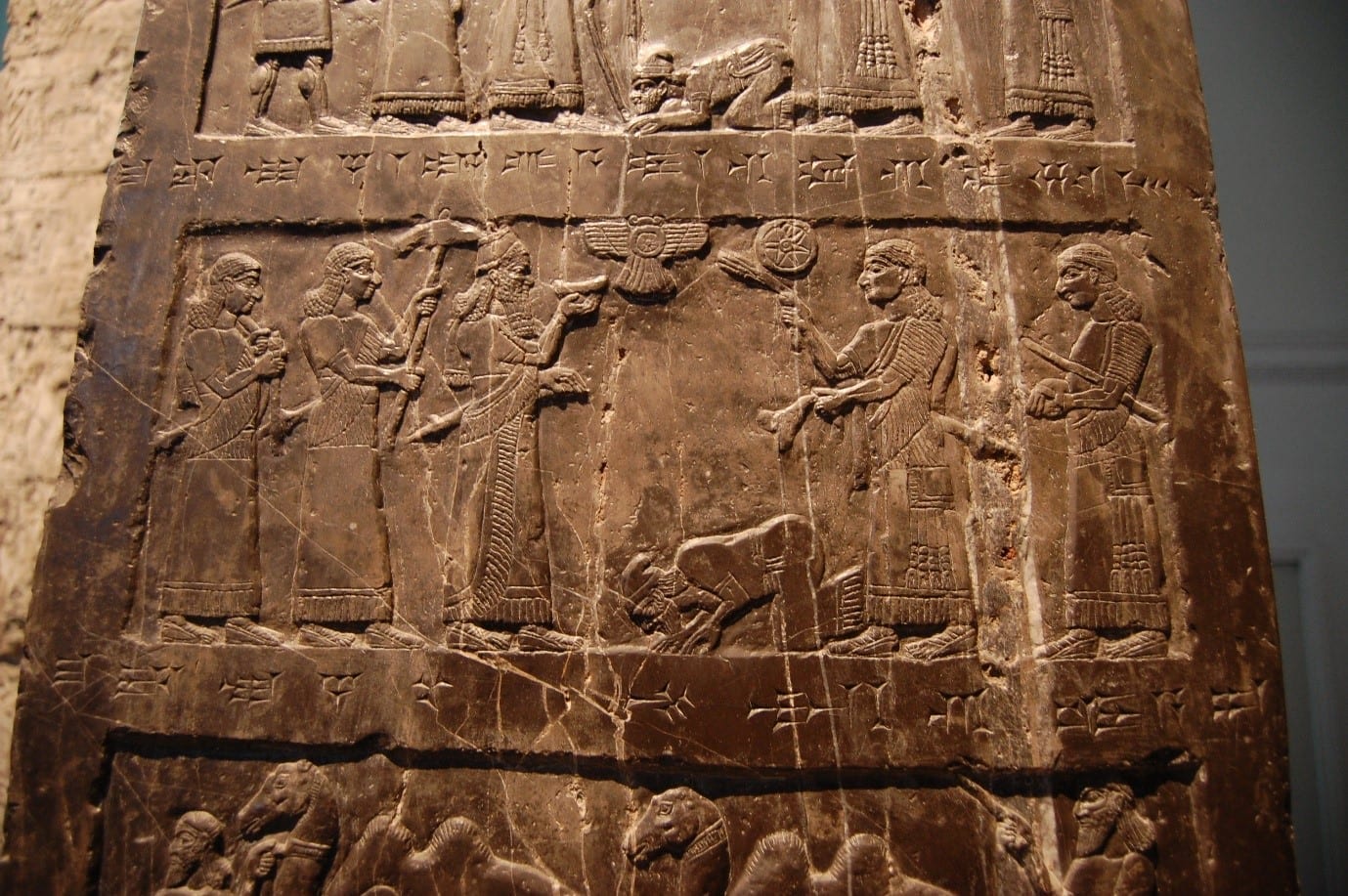 When the Black Obelisk arrived in England in November 1848, it was hailed as the most notable trophy in the world, probable because of its magnificent level of preservation, although no one could translate the 210 lines of Assyrian cuneiform writing. This situation changed three years later, when in 1851the Irish clergyman/scholar, Edward Hincks, identified the reference to Jehu.[5] The inscription above one register showing a figure kneeling before the Assyrian king reads:

Tribute of Jehu son of Omni. Silver, gold, a golden bowl, a golden beaker, golden goblets, pitchers of gold, tin staves for the hand of the king [and] javelins, [Shalmaneser] received from him.[6]

Here, for the first time on any archaeological artifact, was a portrait of one of the kings of Israel. However, the inscription incorrectly called Jehu the son of Omni when he was really the son of Jehoshaphat (2 Kings 9:2). This may simply be Shalmaneser’s way of identifying him with Samaria. Omni was Ahab’s father and he established Samaria as the capital of the Northern Kingdom (1 Kings 16:21-24).

This is part of a rich collection of archaeological discoveries that have identified people, places, events and times of the Bible. I have written an article on them here

In the Black Obelisk, we have confirmation of the biblical characters, Jehu king of Israel, Omni, and the powerful Assyrian king Shalmaneser III all in the correct place and time period as they are mentioned in the Bible.

The two images of the Black Obelisk are compliments of Wikipedia commons.

[2] An obelisk is a monumental stone pillar. It consists of a tapering four-sided shaft, about square in cross section, with a pyramidal top. Such monuments were features of the region of the Egyptians. They were also used to commemorate military victories.