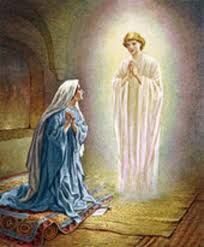 The Good News Bible, the Holman Christian Standard Bible, the JPS Tanakh Bible and the NET Bible all give “young woman” for the Hebrew word almah, which Isaiah uses. All other Bible use the word as “virgin.”

The Hebrew word used in Isaiah 7:14 is; הָעַלְמָ֗ה (hā·‘al·māh), which is Strong’s Hebrew 5959 and is defined as: a young woman, virgin. So, some Bibles use young woman and some use virgin. What’s the problem?

The reason Isaiah made the statement

The king of Syria (Aram), Rezin and the king of the Northern tribe (Israel) Pekah formed a coalition to march against Judah and the Judean king Ahaz (763-710 BC), was terrified. So, the Lord told Isaiah to take his son and go and meet with Ahaz and tell him it will not happen and for him to stand firm. Also, Isaiah told him to ask for a sign. But Ahaz replied, I will not ask; I will not put the LORD to the test. Ahaz had sought the help of Assyria instead of God to deliver him from the hands of both Israel and Syria.[2] Ahaz was an evil king; He did not do what was right in the eyes of the LORD his God. He walked in the ways of the kings of Israel and even sacrificed his son in the fire, following the detestable ways of nations the LORD had driven out before the Israelites.[3]

Therefore, Isaiah told Ahaz in a rebuke to him, that God Himself would give a sign to him and the entire house of David which is verse 14.

Dr Jonathan Sarfati from Creation Ministries International had this to say:[4]

The context of this verse is that an alliance was threatening the idolatrous king Ahaz. Not only was he in danger, but the house of David was threatened with extinction. Therefore, Isaiah, addressing the house of David (as shown by the plural form of ‘you’ in the original Hebrew of v.13), stated that a sign to them would be a virgin conceiving. To comfort Ahaz, Isaiah prophesied that before a boy (Isaiah’s son, Shear-Jashub who was present, v. 3) would reach the age of knowing right from wrong, the alliance would be destroyed (vv. 15–17). It is important to recognize that the passage contains a double reference, so there is a difference between the prophecies to Ahaz alone (indicated by the singular form of ‘you’ in the Hebrew—atah אתה) and the house of David as a whole (indicated by the plural form—lachem לכם).”

Not only would the house of David survive, but from it would come in a miraculous way, God himself; the Second Person of the Trinity.

The proper meaning of almah is of extreme importance.

If Isaiah has prophesised that a young woman will give birth to a son, then, there is nothing unusual. However, the verse continues to state that he will be called Immanuel, which means God with us. This brings about the fact of God with us from a normal birth, and the sign would be of no significance.

However, if the meaning of almah is virgin, then everything falls into place. A virgin giving birth to a baby is a miracle in the order of Christ’s bodily resurrection from the dead. Clearly, this would be a sign that God is going to be with His people and this fact underpins the New Testament (covenant) and indeed the whole Bible.

The Hebrew used here for virgin is ha almah, meaning the virgin. The definite article indicates that God had a specific person in mind and that the house of David would deliver Immanuel which means God with us.

Every other use of the word almah in the Bible refers to a virgin; Genesis 24:43; Exodus 2:8; Proverbs 30:19; Song of Songs 1:3 and 6:8.[5] Matthew, the Jewish writer of the gospel under the guidance of the Holy Spirit, cited Isaiah 7:14 and made it clear that Mary was a virgin with his words; but before they came together, she was found to be with child.[6] Also, Luke who archaeology has shown to be very precise with his place names, personal names and positions, refers to Mary as a virgin twice.[7]

The Jewish scholars who translated the Old Testament from Hebrew to Greek in around 200 BC translated alma with the Greek word parthenos (παρθένος), which does mean “virgin.”

The evil king Ahaz was being threatened with extinction by the northern countries of Israel and Syria (Aram). Instead of crying out to God, he sent the golden items from the temple to the king of Assyria as a bribe for his help. Not only would Jerusalem be destroyed but the whole House of David would come to an end along with all of the messianic prophecies associated with it. God sent Isaiah to Ahaz to tell him not to worry and God will help him and as a comfort, ask for a sign. Ahaz refuses the sign, but this matter was too important to be left to the tantrums of a petulant king, God provided a sign for the whole House of David which is The virgin will conceive and give birth to a son, and will call him Immanuel. So, not only will the House of David survive, the Lord God himself will come from this dynasty in a miraculous way. This was realised when Mary gave birth to her and Joseph’s Son whom they called Jesus, because He will save His people from their sins.[8] Joseph His legal but non-biological father, was a descendant of the house of David.[9] Mary was a descendant of the house of David as well.[10]

The Hebrew word almah that Isaiah used, can mean young woman or virgin, but the context in which it was used shows clearly that Isaiah was referring to a virgin.