Much difference between us and monkeys? Plenty!

The reason why human beings are different from animals is given at the beginning of the Bible (Genesis 1:27): So God made man in his own image, in the image of God he created him; male and female he created them. A reason why God created mankind in His own image is so that He can have fellowship with the pinnacle of His creation. God spoke to Adam and Eve and walked in the garden in the cool of the evening with them (Genesis 3:8-10.)

There are several characteristics that we human beings have that set us apart from the animals. New Scientist, a very secular magazine had this to say: Our faculties are vastly superior to anything found in animals. They are not necessary for survival and reproduction and cannot be accounted for by evolution, but they are an integral part of our makeup.[1] 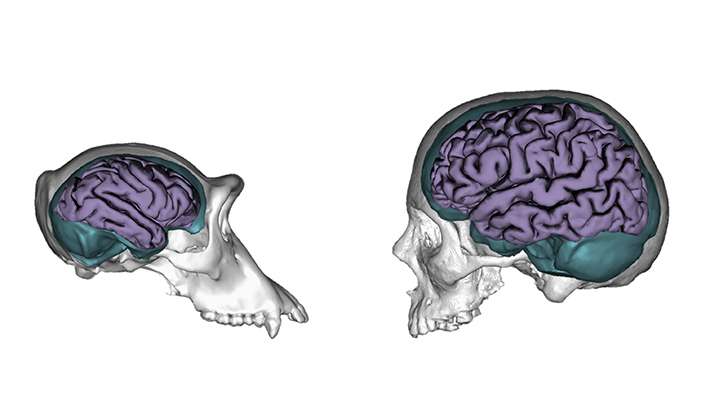 The main feature that sets humans apart from animals is the size and complexity of our brains. The image is of a human brain compared with that of a chimpanzee. Image credit: https://sharpbrains.com/blog/2015/11/23/neuroplasticity-explains-why-humans-adapt-faster-than-genetically-controlled-chimpanzees.

The human cerebral cortex which is the wrinkled outer layer of the brain is responsible for language, reasoning, and information processing. It contains 16 billion neurons, more than any animal.

Bible-believing Christian, Professor Graeme Clark, who developed the Bionic Ear, which has enabled thousands of previously deaf people to hear, spoke of the complexity of the human brain in the first of his Boyer lectures:[2]

It has been calculated that there are 100 billion nerve cells in the adult human brain. Each brain cell is connected to between 10 and 10,000 other brain cells, so therefore there are about 100 million million connections in the brain. So, there are an amazing number of possibilities in the brain for sensing and processing information.

This enormous complexity allows us to see the world in vivid colour, see the beauty of a flower, smell its fragrance, hear the sound of wind rustling leaves, experience the heat of a hot summer’s day and feel a breeze on the skin all at the same time. As well, know exactly where we are, what time it is, what is the day of the week, month and year, who our relatives are. We can remember the past and know our plans for the future.

All of the features mentioned below are the result of the most complex structure in all creation; our brains.[3]

Creativity.  No species of animal, including the apes, is able to create, plan, understand and visualize as human beings do.

Self-awareness. The seventeenth century French philosopher René Descartes’[4] immortal phrase, I think, therefore I am, is the quintessential statement of our own self-awareness.

Consciousness. Human consciousness as real as it is, is a mystery that has evaded decades of intensive research by neurophysiologists and could not have come about by evolution. According to an article in New Scientist,[5] quoting from a book written by Nicholas Humphrey:

… worst, running the sort of super-heated consciousness humans possess is almost certainly costly in energy terms, thus raising questions of how it could have possibly evolved? 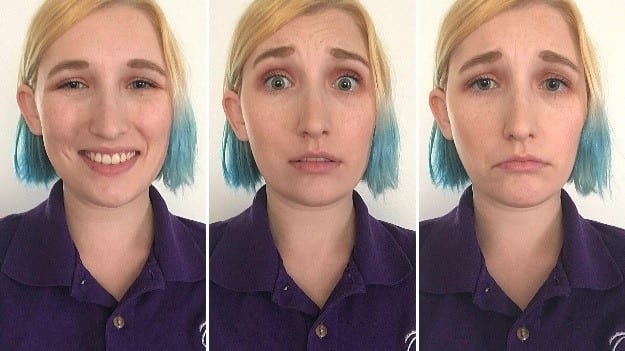 Expression. People have an amazing variety of ways of conveying information. Only mankind possesses the ability of speech. And only human beings have an array of about 40 facial muscles that can convey a multitude of emotions such as anger, empathy, sorrow, pride, love, relief, joy, jealousy, happiness, confidence, concern, hostility, shame, serenity, pain, tiredness, grief, suspicion, belief, unbelief, guilt, etc.

Communication. We can communicate to other people by way of language, expression and  writing, either in a language or in picture form, and it can be read and understood thousands of years later by other humans.

Language. The most obvious way in which mankind is set apart from animals is our ability to learn and use language. We can describe objects, situations and feelings, and we can discuss hypothetical matters, all because of the way our brains have been wired and our bodies constructed with tongue and voice box.

Music. We can write it, create an instrument and play the tune. The sound of music can stir our emotions of melancholy, sadness, happiness, humour, love, praise etc.

Aesthetic Dimension. Human beings can assess the relative qualities of form, texture, colour, order and design. For example, we can appreciate the intricate sewing on a wedding dress or the detail and skill imparted into a painting, or a finely crafted piece of furniture.

Think, Reason and Solve Problems. This ability has led to great advances in flight, the propellor and jet engine. In medicine with the understanding of how the body functions. In communications using radio waves and other electromagnetic radiation, to carry information to the whole world via the internet.

Abstract Thinking. After performing many experiments with chimpanzees, Dr Povinelli of the University of Louisiana made this statement:

Humans constantly invoke unobservable phenomena and variables to explain why certain things are happening. Chimps operate in a world of concrete, tangible things that can be seen. The content of their minds is about the observable world.[6]

Moral Discernment. Genesis tells us that after they had sinned, Adam and Eve became like God in that they could distinguish between good and evil. After performing many experiments, Dr Jerome Kagan, in his book, Three Seductive Ideas, points out that:

Not even the cleverest ape could be conditioned to be angry upon seeing one animal steal food from another.

In addition, there are no animal models for human pride.

Keith Jensen and his team at Max Plank Institute for Evolutionary Anthropology in Leipzig, Germany, conducted experiments with chimpanzees in order to test their emotions. A New Scientist report on their research concluded that:

In showing that chimps lack spite, the team may have also inadvertently demonstrated that the possession of a set of connected emotions remains unique to humans. Many differences obviously remain between the species, Jensen observed:

Humans actually care about outcomes affecting others. The good side of that is altruism. Spite is the evil twin that can’t be separated from it.[7]

Awareness of Mortality. Since Adam and Eve’s rebellion against God, when death became a reality, humans, and only humans, know that they will die one day. 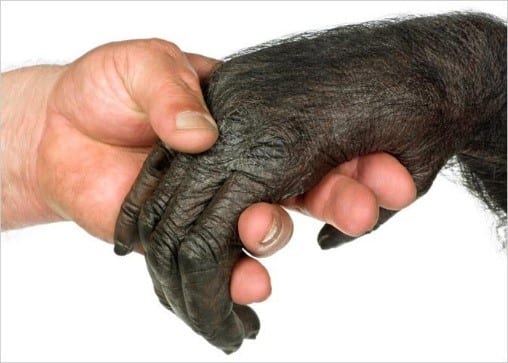 Our hands. The human opposable thumb is longer, compared with finger length, than the primate thumb. This long thumb and its ability to easily touch the other fingers allow human beings to grasp firmly and manipulate objects of many different shapes. The human hand can grip with strength and with fine control, so it can hold a hammer, and construct a cathedral, gently and with much control use a pen and write a book and hold a paint brush and paint a Mona Lisa.

Our upright statue. With head erect, we can survey an area, a building construction and appreciate a landscape. Since

hands are not used for walking as they are with animals, we can carry tools, food and babies etc. A study[8] reported in the journal for the Proceedings of the National Academy of Sciences, showed that humans use only a quarter of the energy of chimps for locomotion. Study leader Herman Pontzer, an anthropologist at Washington University in St. Louis stated:

Walking upright on two legs is a defining feature that makes us human. It distinguishes our entire lineage from all other apes. The energy conservation, of our upright posture, allows for long distance walking and running and is all part of God’s blessing on mankind.

The Westminster Shorter Catechism of 1647, asks the question; What is the chief end of man? And provides the answer:  Man’s chief end is to glorify God, and to enjoy him forever.