The Bible mentions Jesus preaching in Jewish synagogues and particularly in Galilee:

Going from place to place, he went into their synagogue, Matthew 12:9

Coming to his home town, he began teaching the people in their synagogue. Matthew 13:54

They went to Capernaum, and when the Sabbath came, Jesus went into the synagogue and began to teach. Mark 1:21

Another time he went into the synagogue. Mark 3:1

He was teaching in their synagogues, and everyone praised him. He went to Nazareth, where he had been brought up, and on the Sabbath day he went into the synagogue, as was his custom. Luke 4:15-16

On another Sabbath, he went into the synagogue and was teaching. Luke 6:6

He said this while teaching in the synagogue in Capernaum. John 6:59

In all, there are over 70 references to synagogues recorded in the New Testame

The problem is that there had been no first century synagogues found. 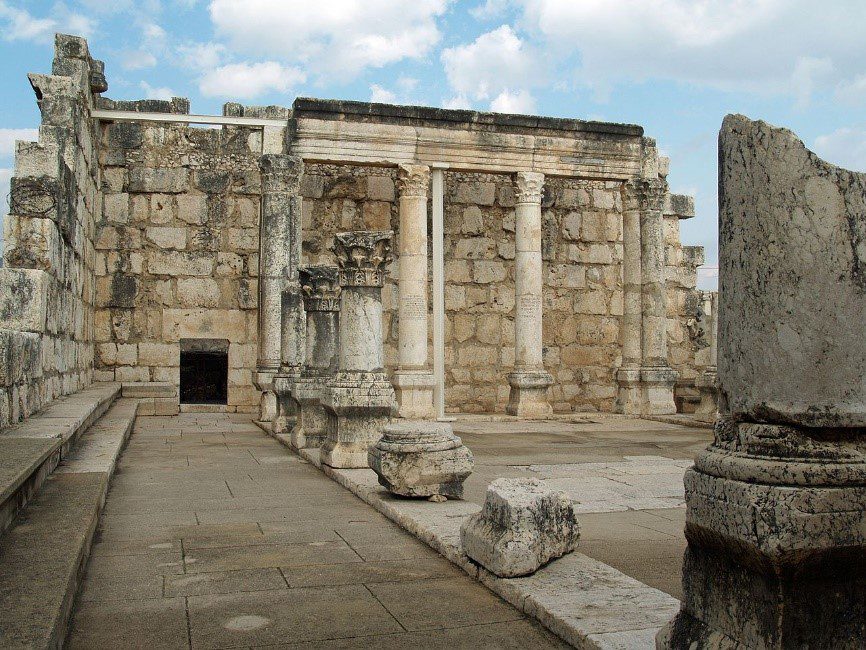 The remains of many synagogues exist throughout Judea, Samaria and Galilee.  There is the one at Capernaum which many tourists have visited, but this was a third or fourth century building see image, courtesy of Wikipedia commons. The remains of others exist at Chorazin, Beth Alpha, Bethsaida Julius, Caesarea, Lydda. The earliest are from the second century AD at Masada and Herodium.[1]

Journalist, Greg Sheridan writes; Before 2008, some scholars held that there had been no synagogues in the Galilee area during Jesus’ time. Until then, there had been no conclusive archaeological evidence of a Galilee synagogue in Jesus’ time. One theory was that the Jews in Galilee were so close to Jerusalem that they could travel there to the temple for important festivals. It was only after the temple was destroyed in AD 70 that the Jews commenced building local synagogues. As so often, scholars were mistaking the absence of evidence for the evidence of absence. Thus, they argued that when the gospels spoke of Jesus teaching at Galilee synagogues, this was an indication that the gospels were written long after AD 70. Because there were synagogues by then, the Gospel authors were mistakenly assuming that the situation had been the same in the time of Jesus. If true, this would indicate a late dating for the Gospels and they were not written either by witnesses or by people who knew witnesses.[2]

So, the validity of the Bible was questioned once again. 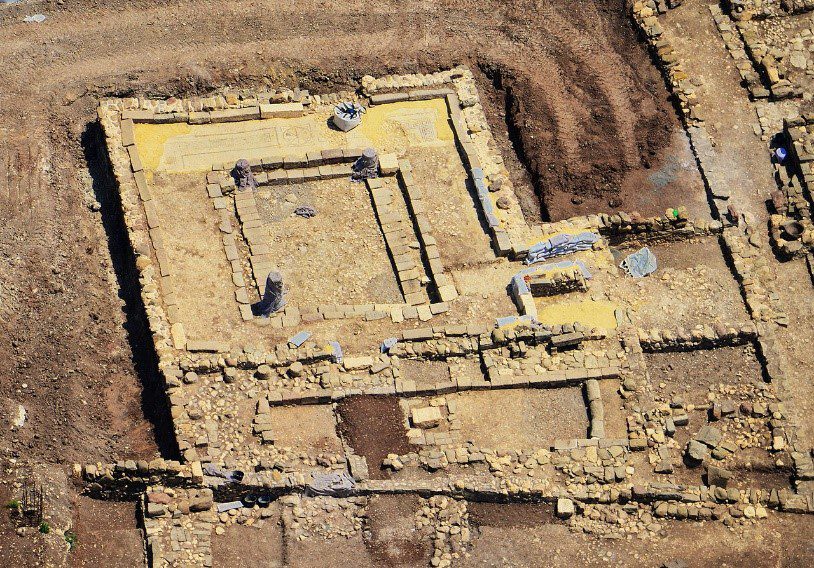 A synagogue was discovered in 2009 during a salvage dig conducted by Dr. Dina Avshalom-Gorni of the Israel Antiquities Authority (IAA) at the location of a new hotel at Migdal Beach, the site of ancient Magdala in Galilee. The IAA reported that the synagogue was used from 50 BC to AD 100.[4] The image is by the courtesy of Wikimedia commons. 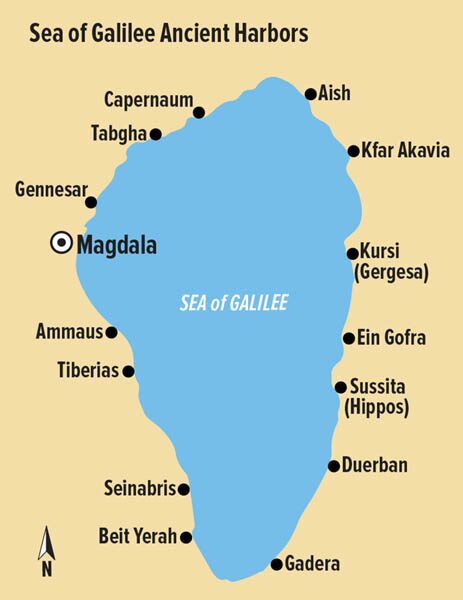 Magdala was the largest and most important city on the Sea of Galilee. It had a thriving fishing business including a large fish market. As the name implies, it was where Mary Magdalene came from. Matthew tells us; Jesus went through all the towns and villages, teaching in their synagogues, proclaiming the good news of the kingdom and healing every disease and sickness. So, it is almost certain that Jesus visited this synagogue.

On December 12, 2021, the IAA announced the discovery of a second, first century synagogue in Magdala, and it was only 100 metres from the first discovery. Those that are interested, can watch an account of the discovery from the site itself: https://greekreporter.com/2021/12/25/second-synagogue-biblical-city-magdala. The hotel complex that was being undertaken when the first, first century synagogue was uncovered, had been completed and covered over the excavated synagogue with special provision made for people to view the archaeological site. This can be seen in the video mentioned above.

At the time of writing, January 2022, first century synagogues have been found at Gamla on the Golan Heights, Masada and Herodium.[5]

Again, the Bible has been shown to be correct when its integrity has been questioned. This time and only recently, first century synagogues have been unearthed even in the Galilee area where Jesus spent most of His ministry and particularly teaching in synagogues. People who are so willing to seize any opportunity to bring the Bible into doubt have been shown to be wrong again.