A recent issue of the Oxford Journal of Archaeology[1] announced the identification of an Assyrian siege ramp used in the attack of Lachish in 701 BC. In a thorough investigation, the researchers were able to say that the ramp which is still present today, consists of millions of rocks with an average weight of 6.4 kg. The rocks were obtained from a quarry excavated at the site by the Assyrians. They proposed that the ramp was constructed by up to three lines of men passing the rocks from one man to the other starting away from the Lachish wall and working toward it. As they came within reach of the defenders’ arrows, large shields were used for protection as the rocks were simply dropped over the edge of the growing ramp to fill the space between it and the wall.

The authors estimated that a human chain could move 30 stones per minute, 1,800 stones per hour, and 43,200 stones per 24 hours per chain. Three human chains could move 100,000 stones a day. If the stones had an average weight of 6.4 kg, then 640 tons of stone could be moved per day per chain. From their photogrammetry data, they estimated the volume of the ramp to be 9,728 cubic metres or 19, 456 tons of stone. They further estimate, that with four human chains the ramp could have been completed in 20 days. 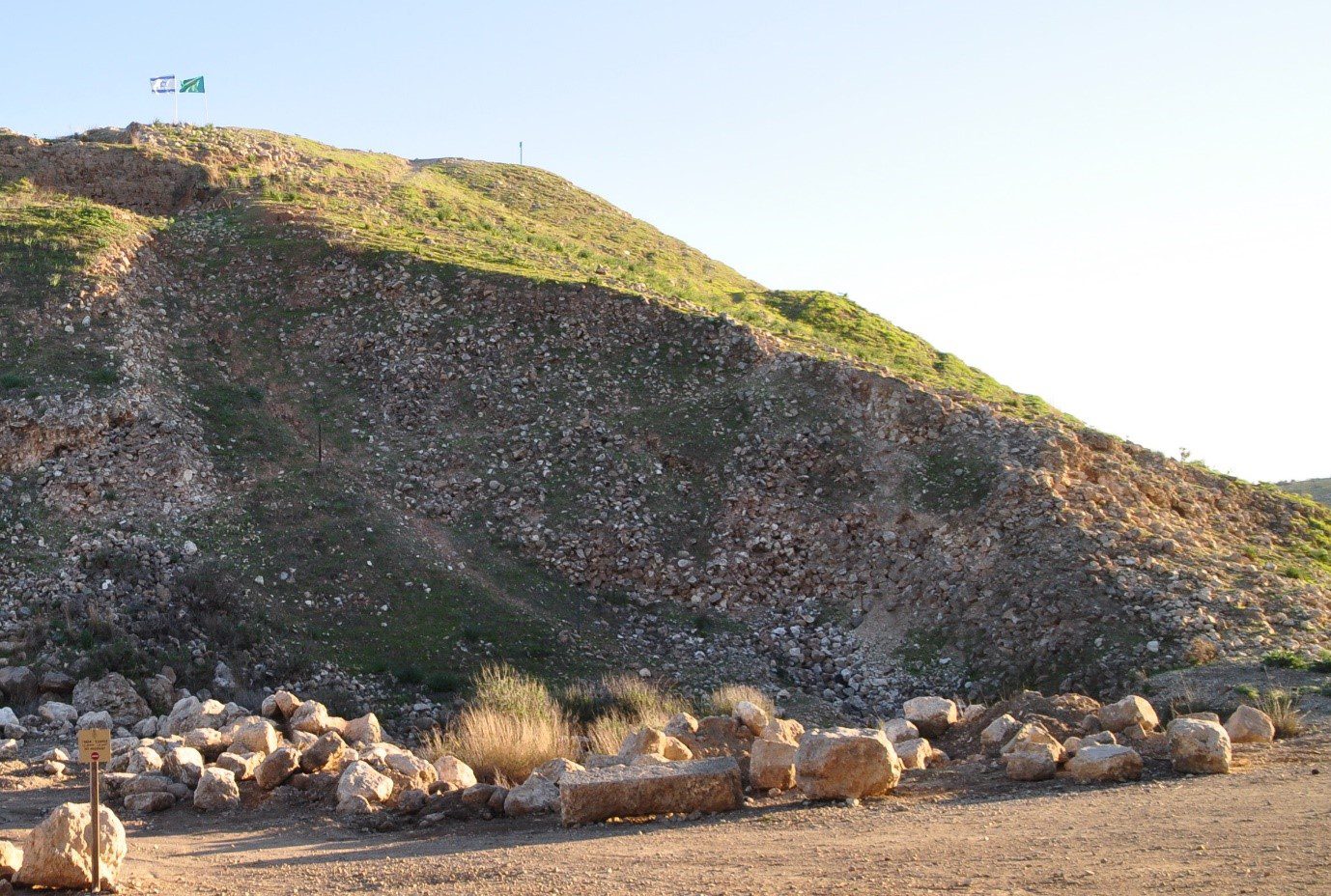 A picture of the ramp is below Credit: Oxford Journal of Archaeology.

The significance of this identification

This research examines the Assyrian siege ramp at Lachish, the only such known from the ancient Near East and the oldest in the world. The combination of different sources (texts, iconography and archaeology) enables us to reconstruct how this monumental war installation was erected. We used photogrammetric analysis, facilitated through small Unmanned Aerial System (UAS) imagery, to digitally map the landscape and evaluate different potential scenarios with regard to the construction and use of the ramp.

The Journal of Biblical Archaeology’s assessment

The Journal of Biblical Archaeology despite its name, is not known for its support for the truth of the Bible. So, it came with some surprise to read its description of the siege ramp.[2]

Perhaps no event recorded in the Hebrew Bible is better supported by archaeology and external evidence than Sennacherib’s siege of Lachish in 701 B.C.E. The siege of Lachish is documented in multiple Assyrian texts and reliefs and is also clearly visible in the site’s archaeology. These various sources agree that Lachish eventually fell to the Assyrians, who built a massive siege ramp to reach the top of the city’s walls. The same tactic would later be used by the Romans in their siege of Masada. A study, published in the Oxford Journal of Archaeology, examines what went into the construction of the Lachish siege ramp and, in turn, argues for the accuracy of the biblical description of the event.

Of all that the Bible is; its presentation of the creator God, the sinfulness of mankind, the work of salvation through the Messiah etc; it is also a record of history. The attack on Lachish is mentioned several times in the Bible: 2 Kings 18:9-19:37; 2 Chronicles 32 and Isaiah 36-37. 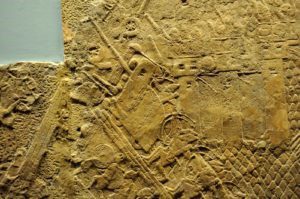 When Sennacherib returned to Nineveh, he had his success at Lachish recorded and has become known as the Lachish Relief. The siege ramp that was used at Lachish is clearly shown, although in a stylised form.

As the Oxford journal authors state, this siege ramp is the only known one in the Near East apart from the Romans at Masada, but it is mentioned in the Bible. After Sennacherib had defeated Lachish, he moved to Jerusalem where king Hezekiah was awaiting his attack. Isaiah the prophet was with Hezekiah at the time. They asked God for protection and the Lord responded:

[3]This is what the LORD, the God of Israel says: I have heard your prayer concerning Sennacherib king of Assyria. This is the word the LORD has spoken against him:……[4]He will not enter this city or shoot an arrow here. He will not come before it with shield or build a siege ramp against it.

The Assyrian conquest of Lachish, the largest city other than Jerusalem in Judea and Samaria, is well documented in the Bible. It is also supported by archaeology, Syrian texts and reliefs. The use of a siege ramp to breach the city’s walls is depicted on the walls of Sennacherib’s palace and this ramp still exists today and can and has been studied by archaeologists.

So, the Bible got the right place, Lachish; the right king with the right title, Sennacherib king of Assyria; the right time, 701 BC; and the right process, a siege ramp using large shields. The Bible was correct in every way and in doing so, showed itself to be able to deliver an accurate historical record.